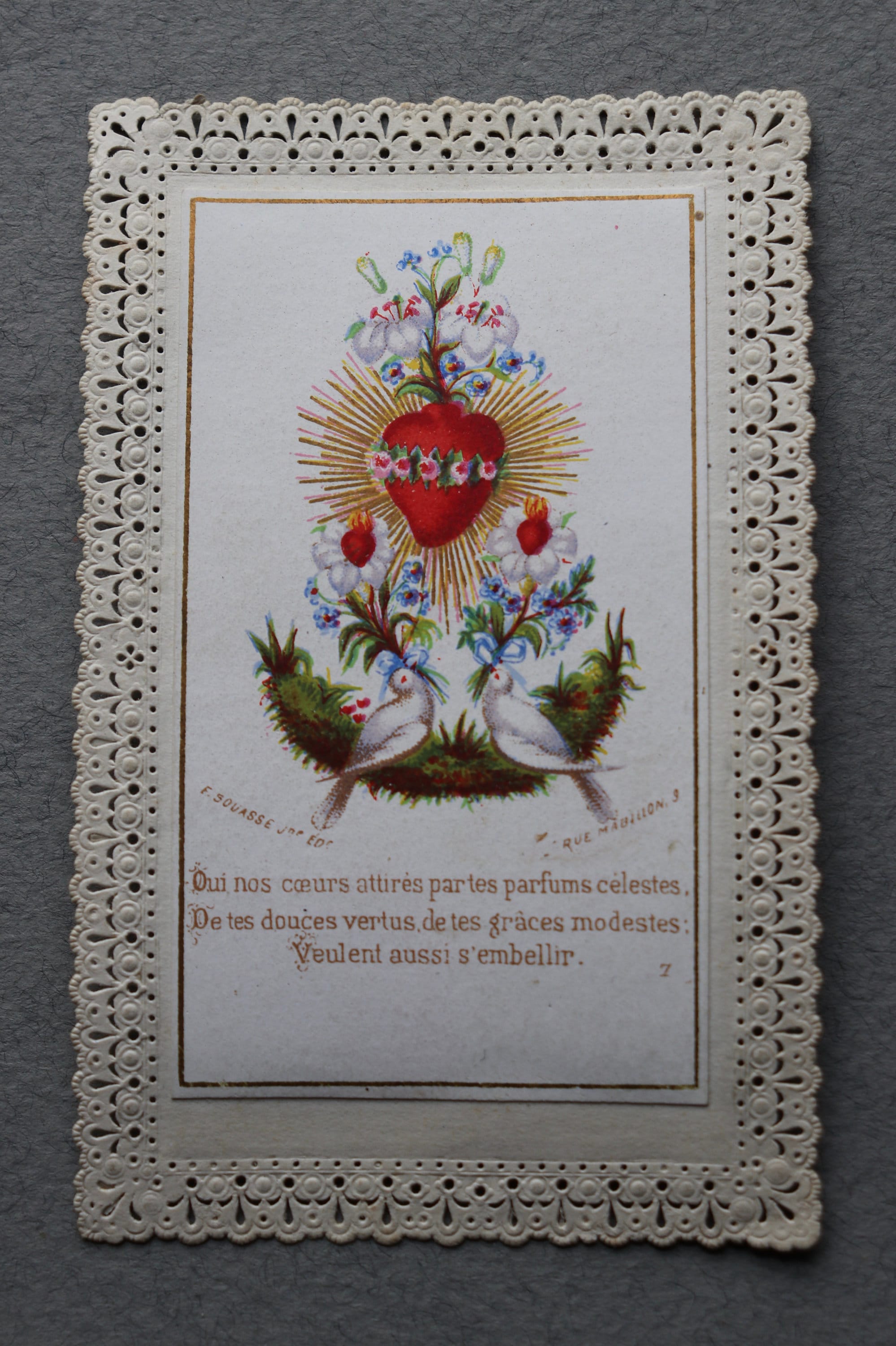 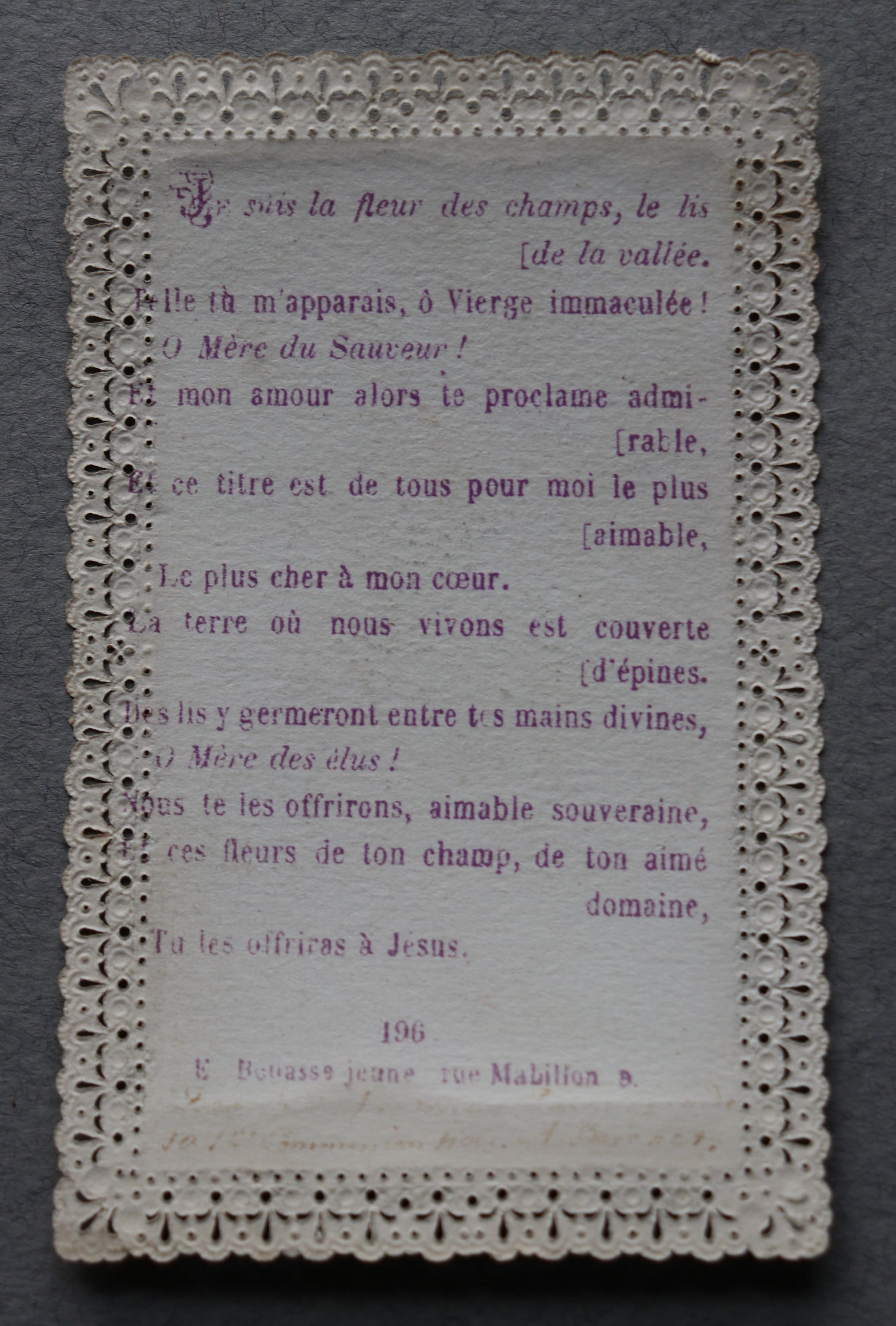 This French canivet is circa late 1800s and consists of a colored picture with script below and on back. Also, there is faded writing below the script on the back. Dimensions are 3 ¾" x 2 ½". The printer is E. Bouasse, Jeune of Rue Mabillon, Paris.

****Condition: Please note the slight soiling to the front of the card, particularly under the script, and the wear of the gold outline as well as the spot in the area of the upper right side. Also, please note the area of damage to the lace trim on the back of the card in the upper right. This is not readily visible on the front of the canivet. Do let me know if you would like more photos as I'll be happy to oblige.

A bit of interesting history concerting the printing house Bouasse. Thank you to https://archivescatalog.udayton.edu/repositories/2/resources/330

"Eulalie Lebel was born in Paris in 1809, the only daughter of the printer Jacques-Auguste Lebel. In 1827 she married Francois-Marie Bouasse, a foreman at a printing house. Facing destitution when her husband abandoned her and her two children, she founded a printing house in 1845 under the name "Madame Bouasse, nee Lebel." In 1847, Maison Bouasse-Lebel moved to the Saint-Sulpice neighborhood of Paris, the center of the religious printing industry in post-revolutionary France. Eulalie Bouasse sold the now-successful company to her eldest son, Henri, in 1852. Her other surviving son, Emile, continued to work at the company. During these early years, the company produced books, maps, and other items in addition to religious images. The company received significant praise for their religious products, including a papal commendation in 1871.

In 1867 Emile left the company, and began his own printing house under the name Bouasse-Jeune. This company was also located in the Saint-Sulpice neighborhood of Paris, and a hostile relationship existed between the two brothers and their companies. The introduction of chromolithography in the 1870s was embraced by both Bouasse-Lebel and Bouasse-Jeune, and continued their competition. The two companies became known for their intricate designs, highly symbolic and detailed artwork, and innovative use of printing technologies.

Following World War II, interest in religious images began to decline, and the innovative artwork and technology pursued by the Bouasse firms slowed as well. Holy cards from this era depict less intricate artwork, or use photographic images. Albert Bouasse-Lebel passed away in 1955, and the Maison Bouasse-Lebel stopped production in the 1960s."