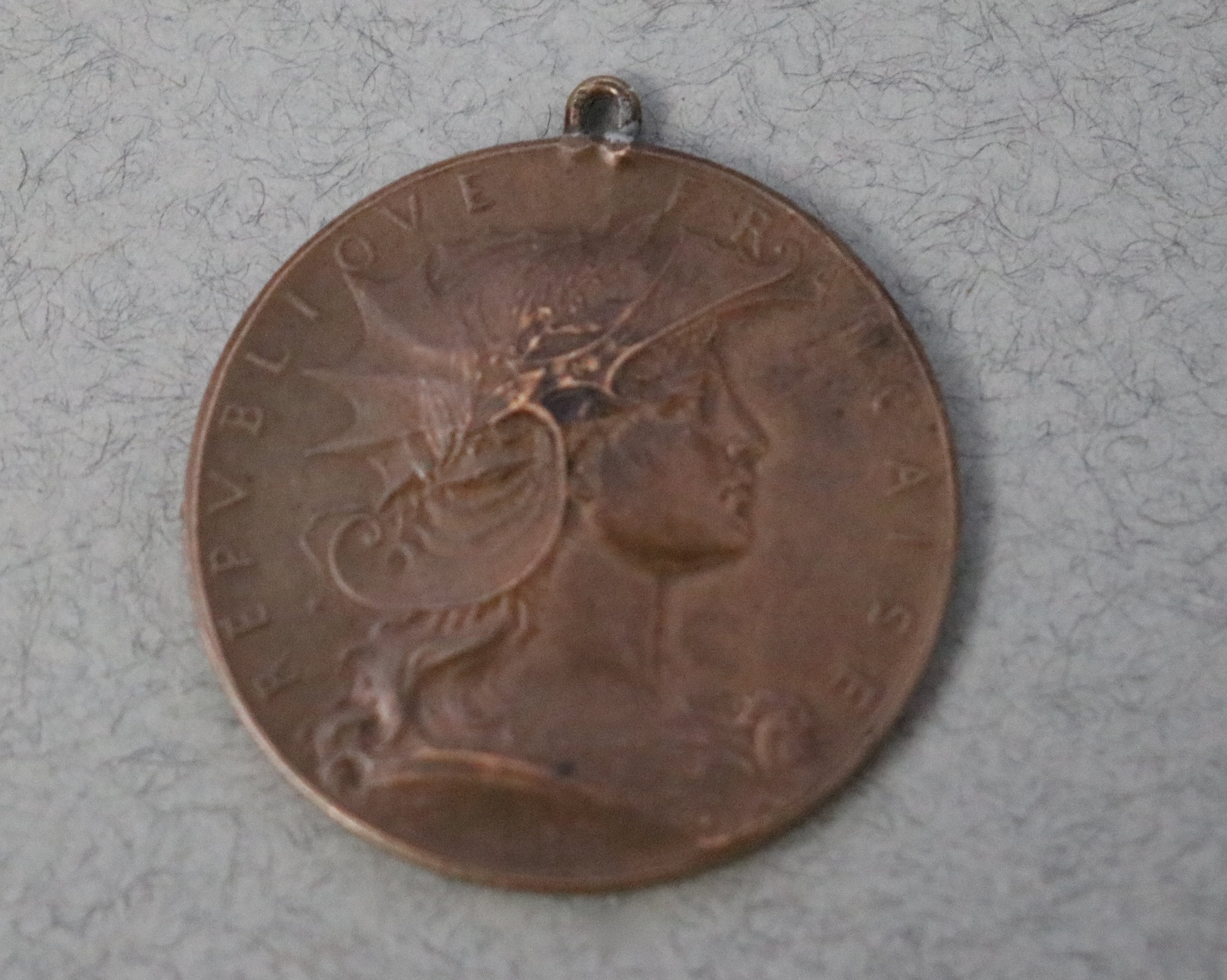 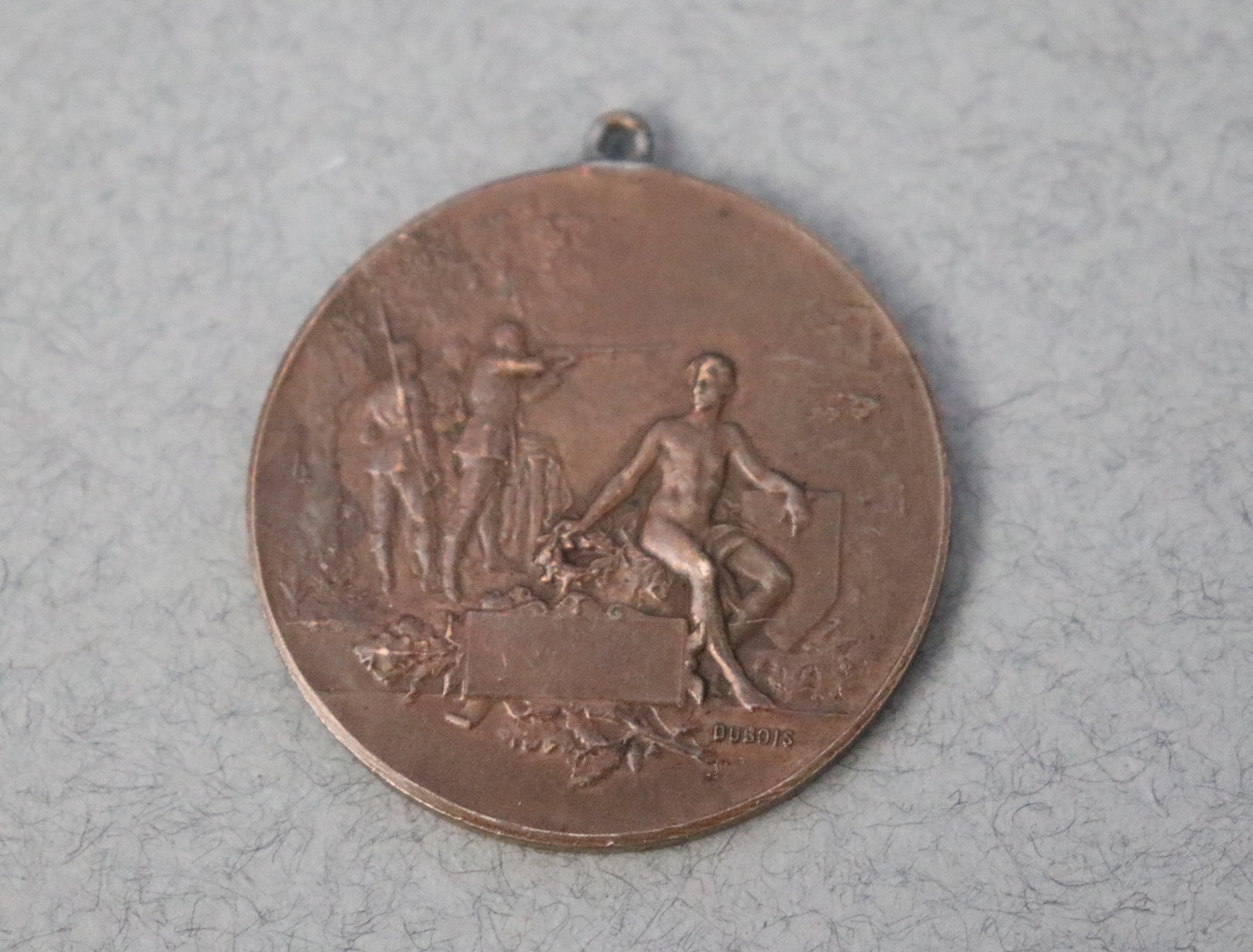 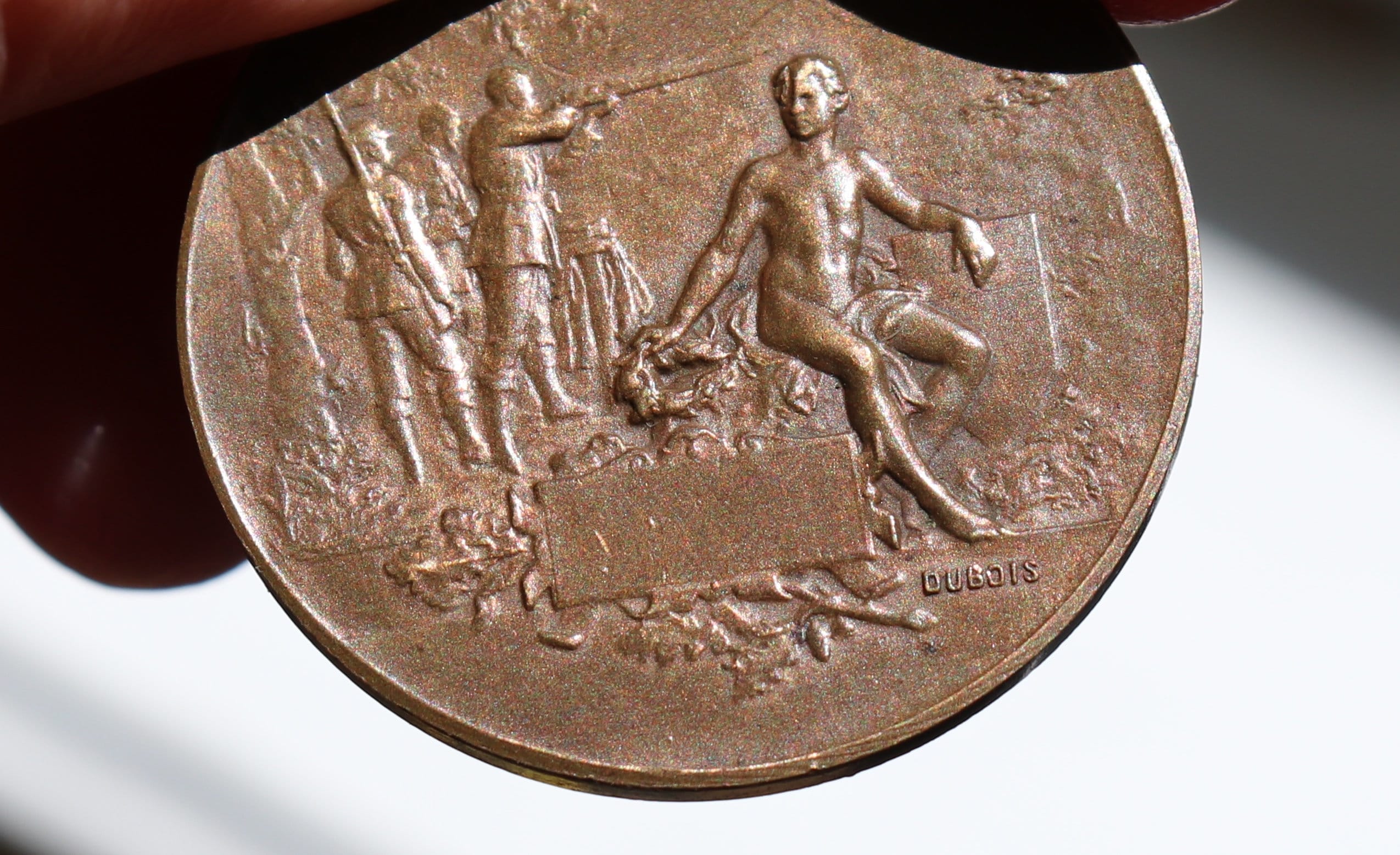 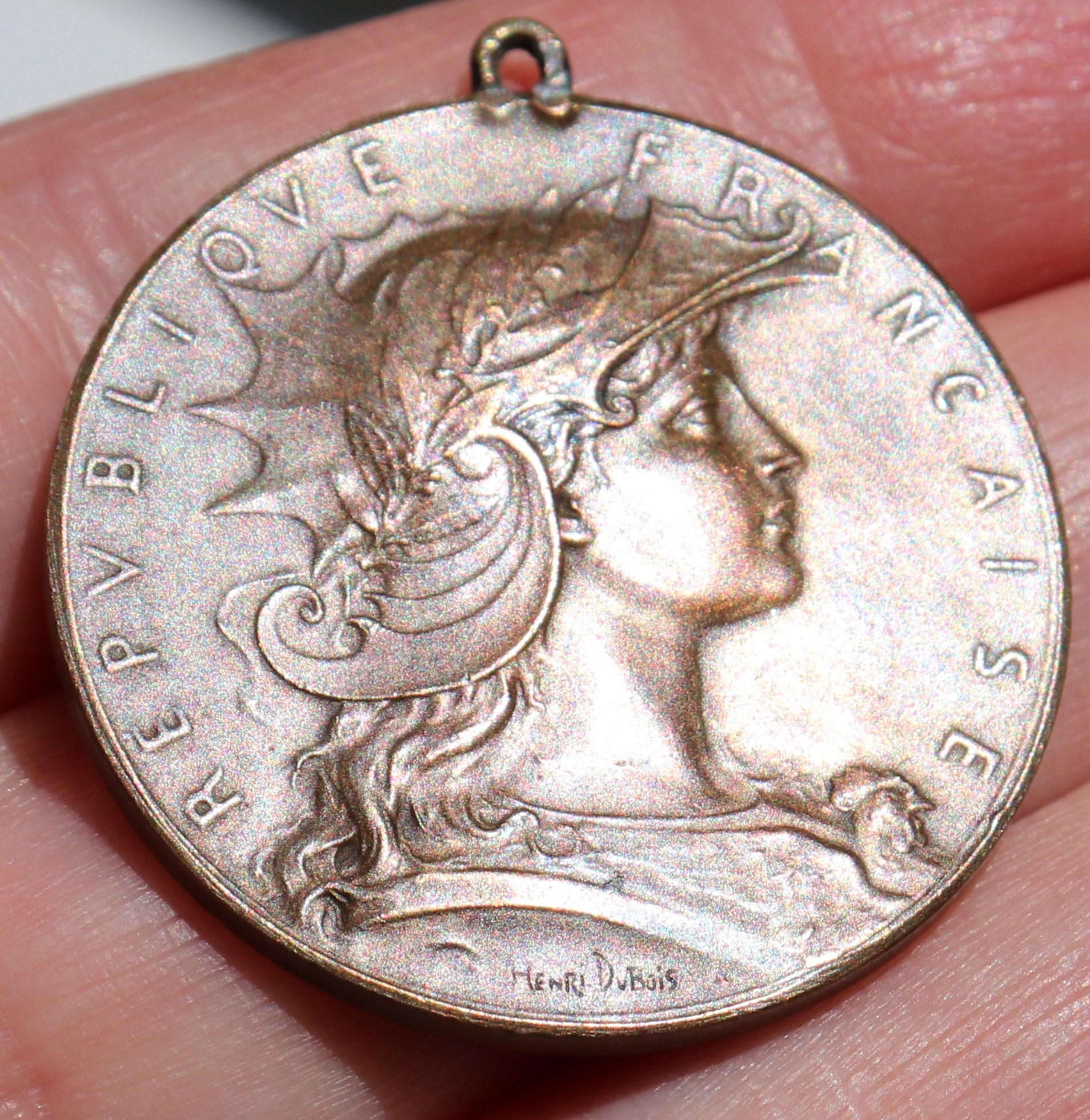 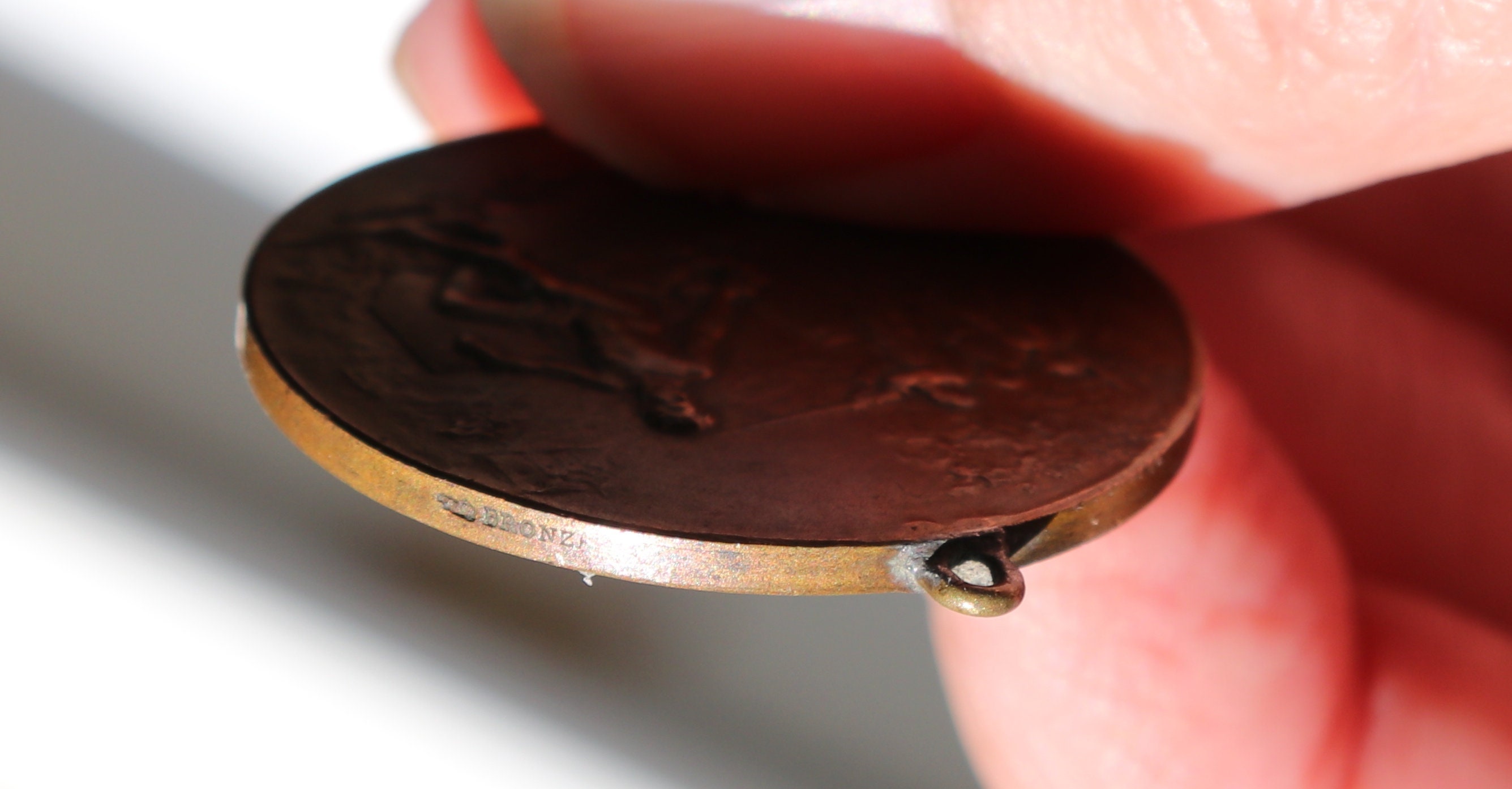 *Please note the true color of the medal is seen in the first, second and third photos. The silvery look in the fourth photo is owing to sunlight glinting off the surface of the medal.

This French, antique, bronze medal is estimated to be circa WWI era as evidenced by the uniforms of the soldiers on the back. It measures 1 1/4" across, and the bale looks to have been added at a later date.

The front image looks to be Gallia as her head-covering appears to be armor.

Please examine the face of the nude male figure holding the laurel crown on the reverse. I am not sure if this is the way the medal was created or if it was damaged. The crown was inspired by Roman emperors and then Napoleon.