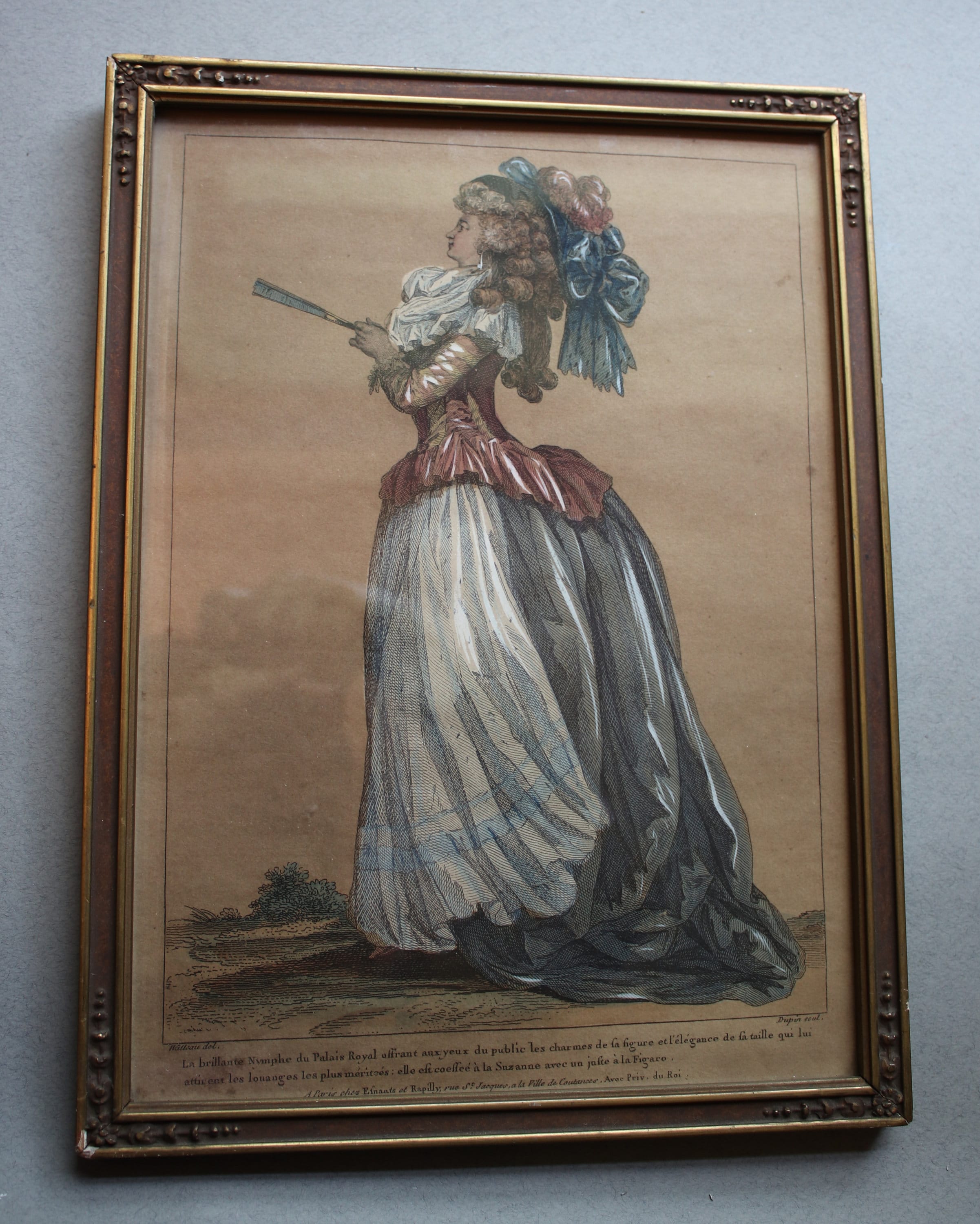 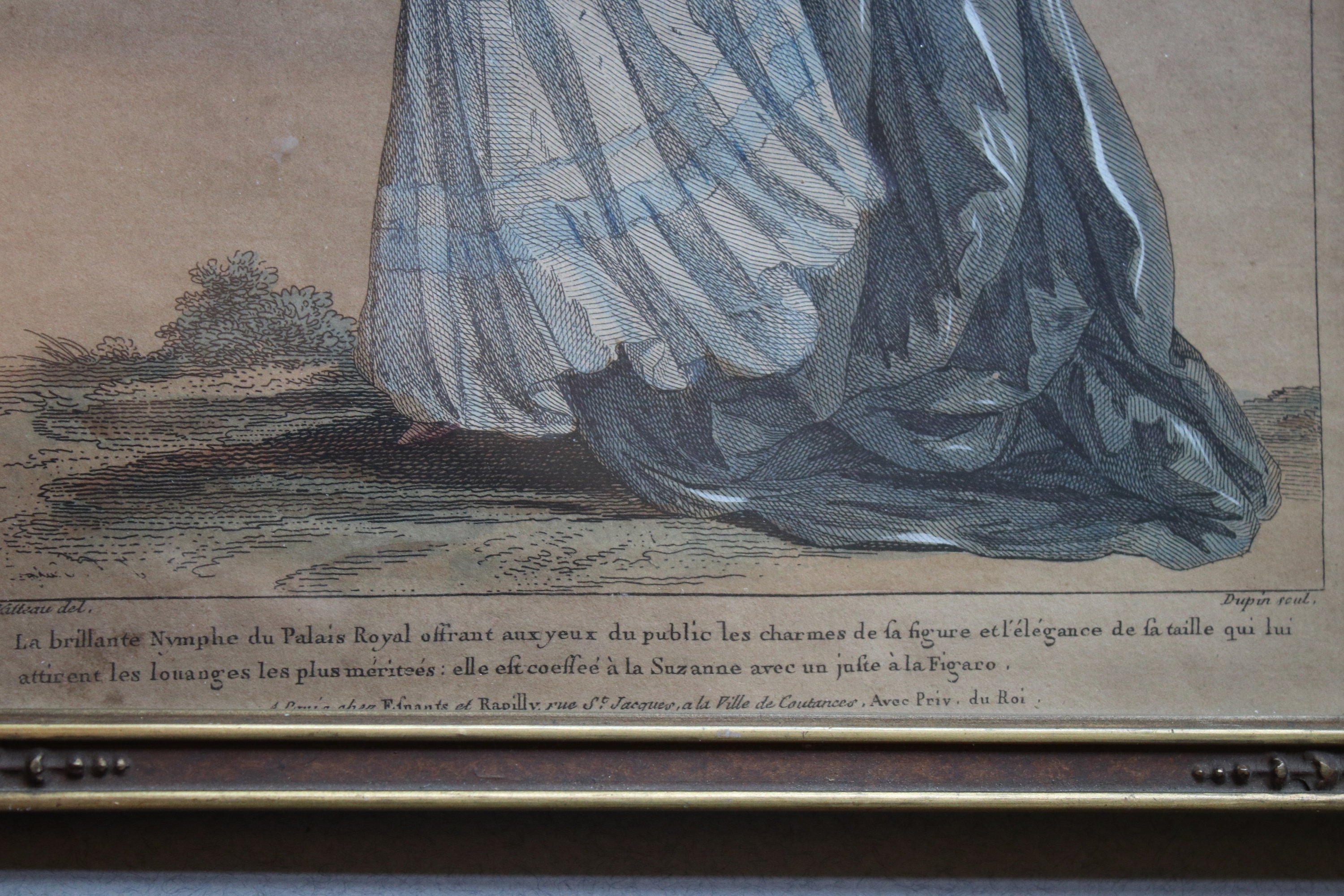 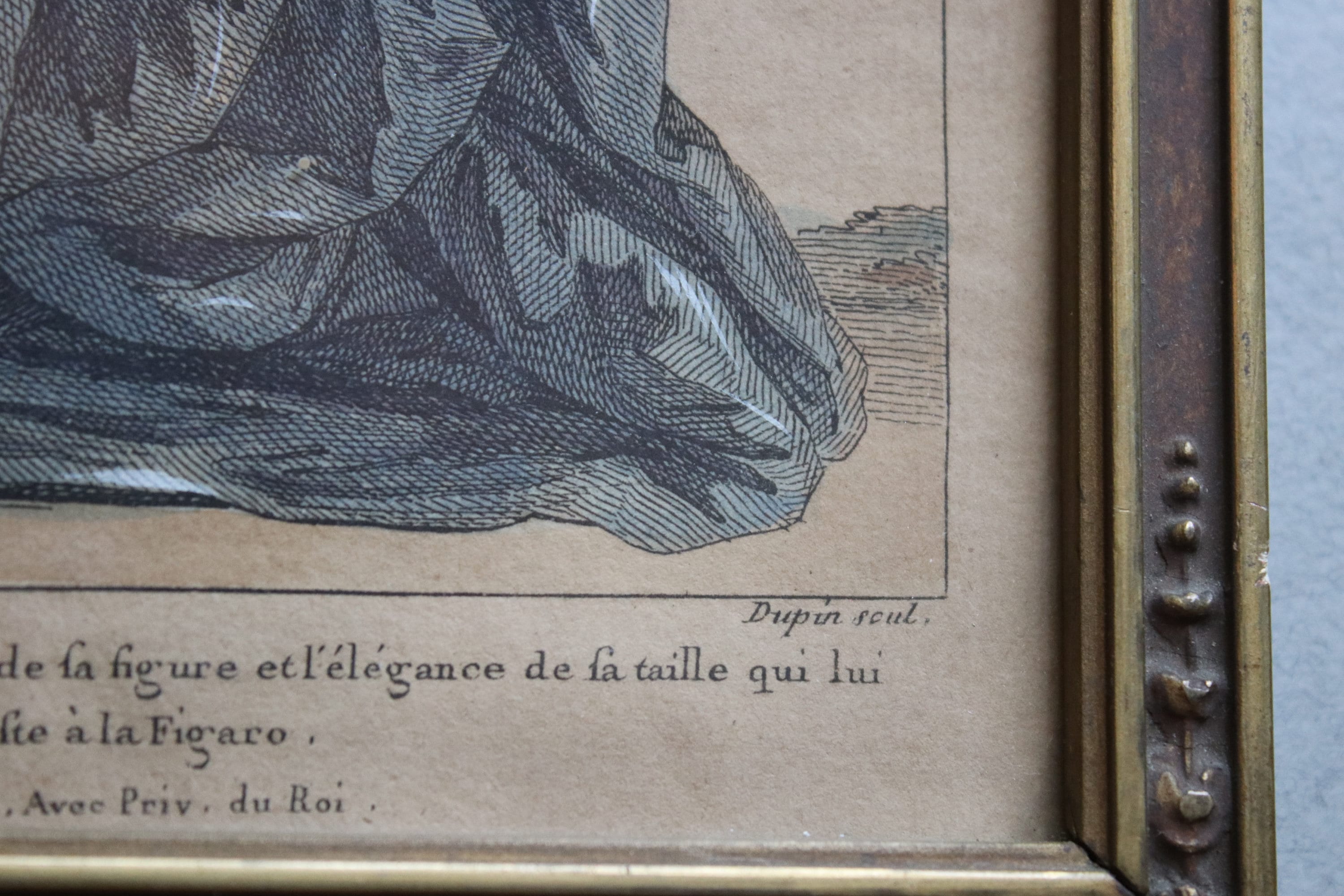 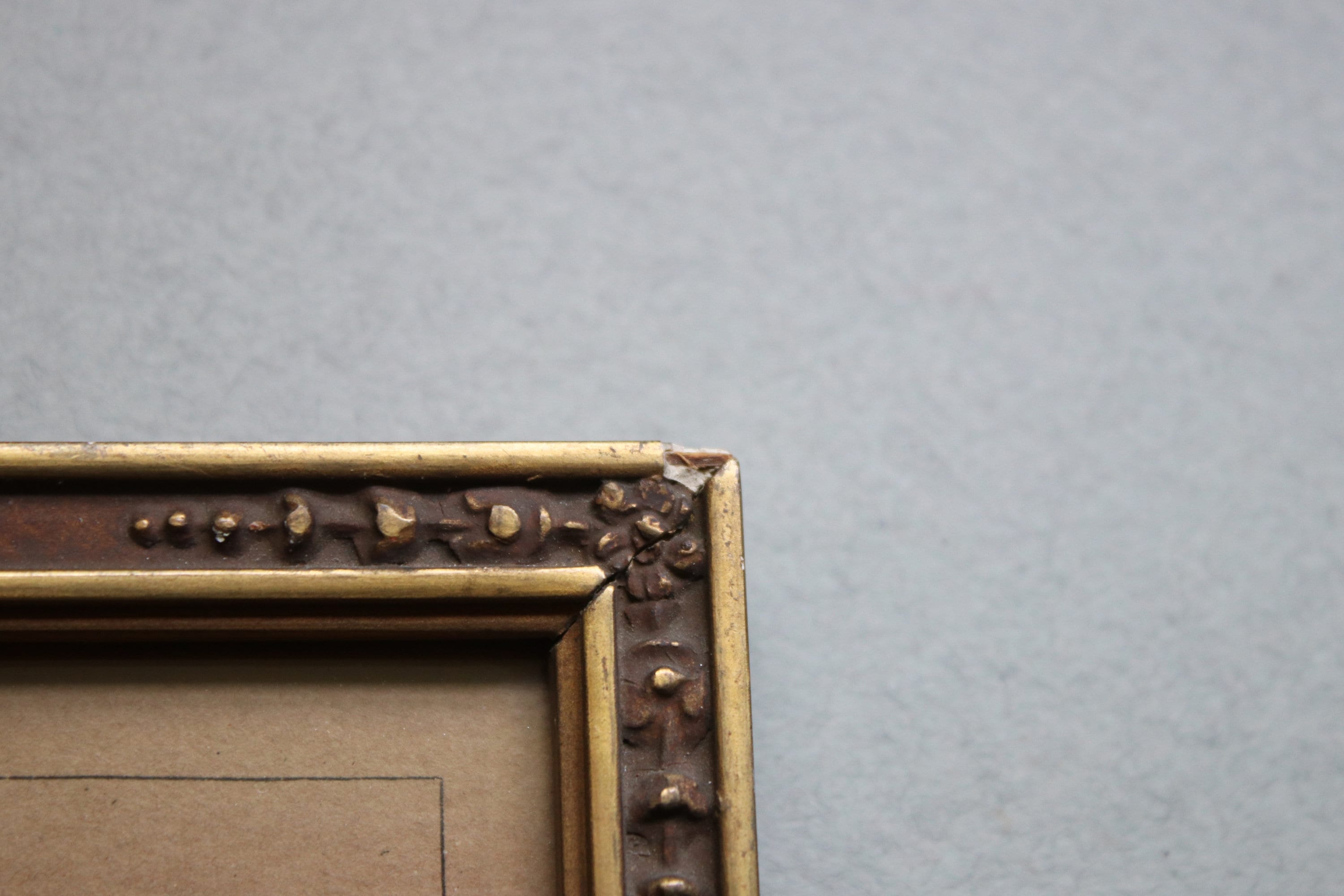 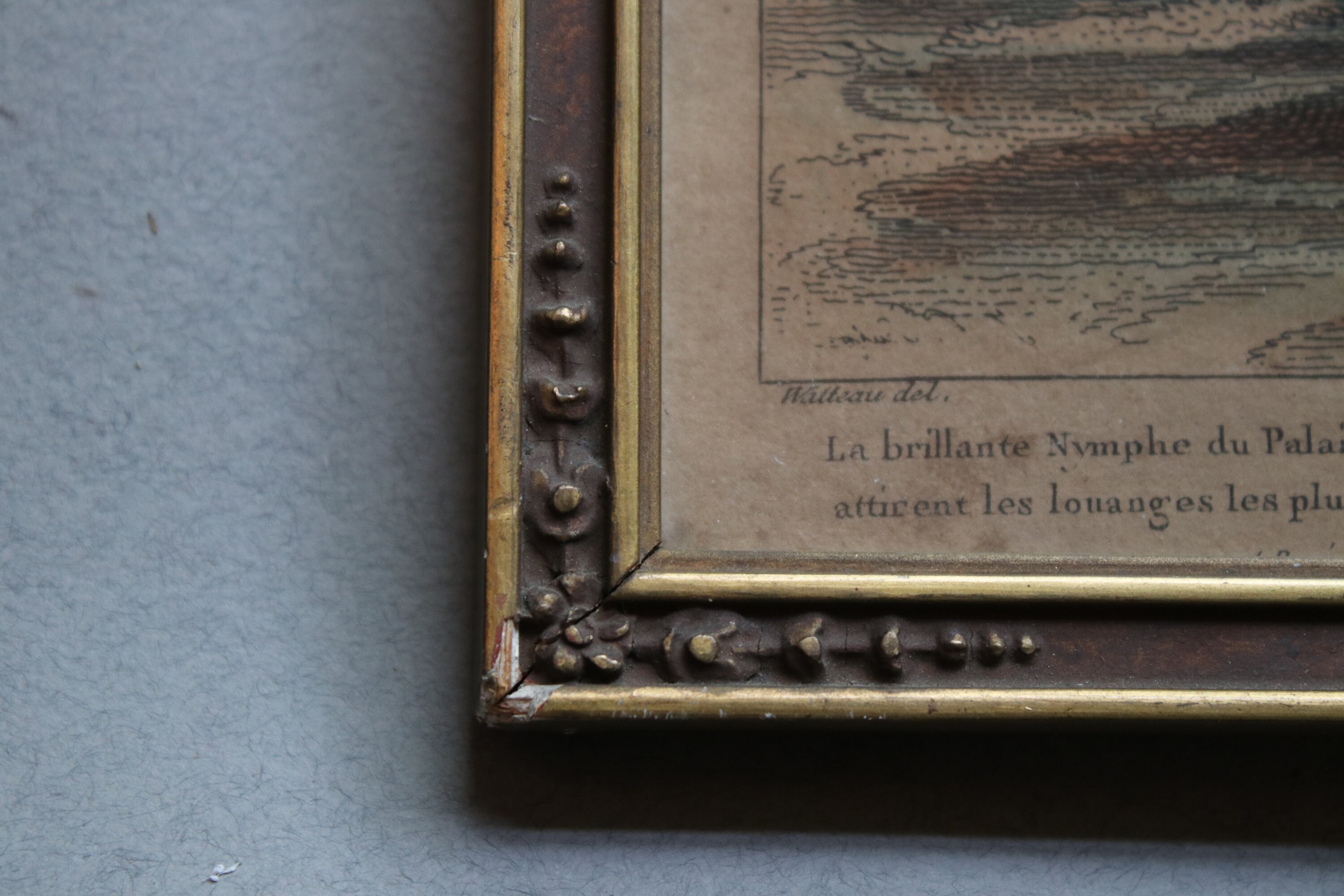 This framed, hand-colored engraving is circa 1778 (during the reign of Louis XVI and Marie Antoinette-- You'll notice the phrase "avec priv. du roi" on the work.) and was issued by Esnauts and Rapilly of Paris as part of the Galerie des Modes publication. The fashion prints were produced over a 10 year period, and this particular engraving was done by Dupin after Watteau. From the Rijksmuseum: Initially featuring only hairstyles, the series’ illustrations were later extended to include complete outfits to cater to its audience. These showed figures from head to toe. All ranks of French society were represented in a wide variety of fashionable clothes.

*Please excuse my reflection in the glass.

When examined with a loupe, one can clearly see the individual lines comprising the engraving as well as the hand-coloring technique used. The engraving is ready for hanging, as seen in the tenth photo.

Please note that there is general overall browning to the engraving as well as foxing as seen in the second photo on the right hand side (a small spot) as well as in the sixth and ninth photos in the lower left hand corner. Also, please note the frame's condition issues, specifically the chipped edge as seen in the eighth photo in particular and the chipping in the lower left hand corner as seen in the ninth photo. Do let me know if you require more photos as I'll be happy to oblige.

Your framed engraving will be sent fully insured via Priority Mail.