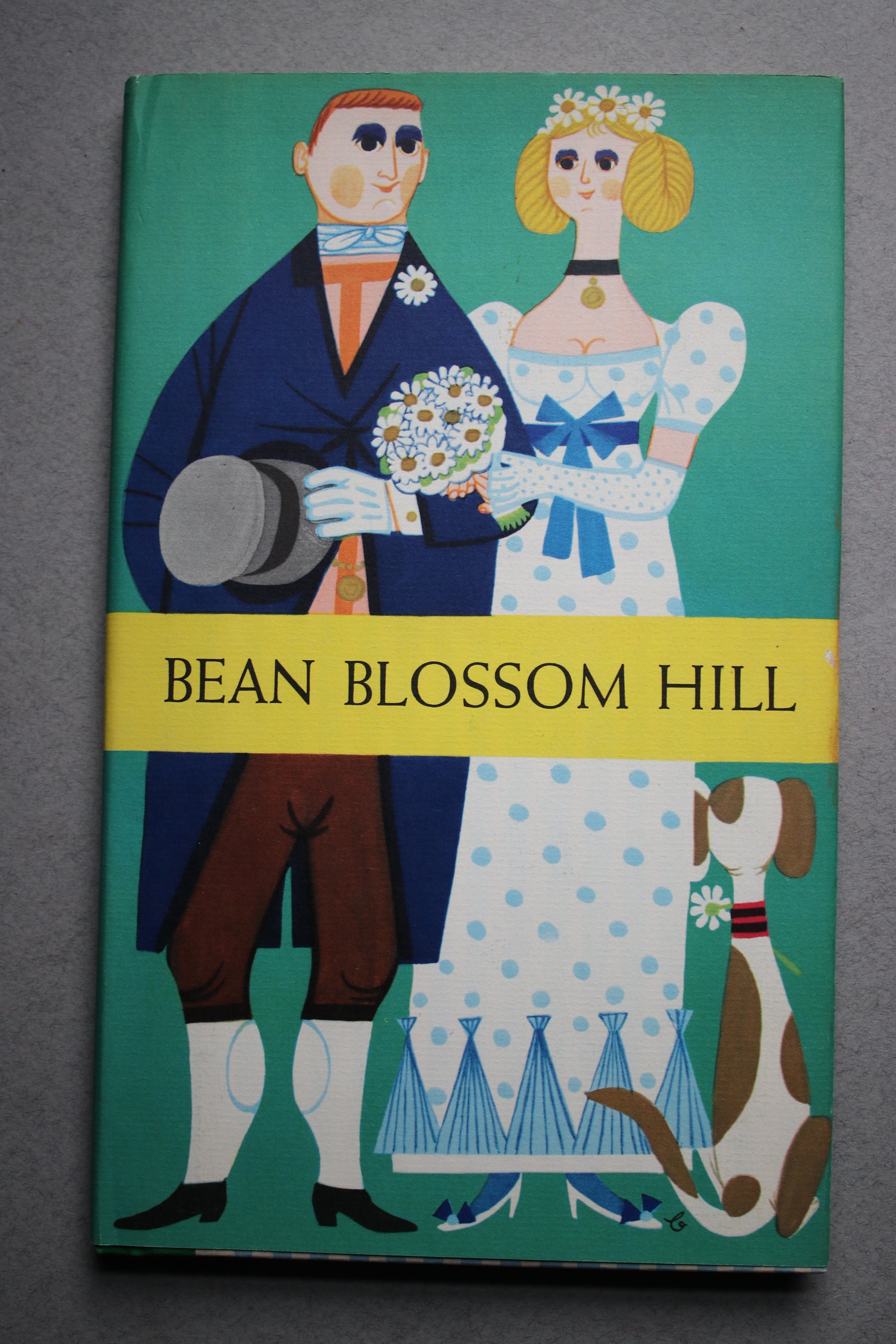 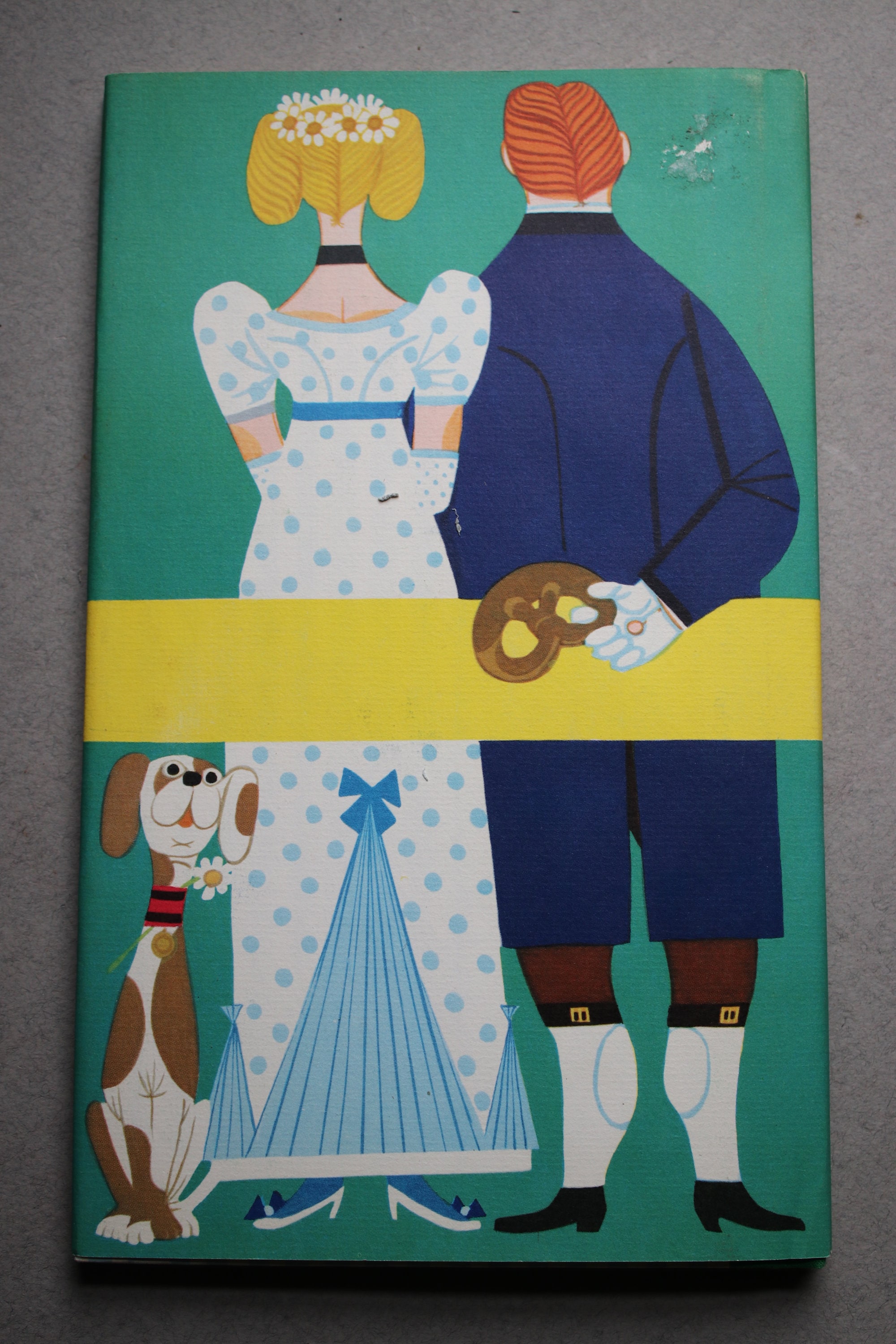 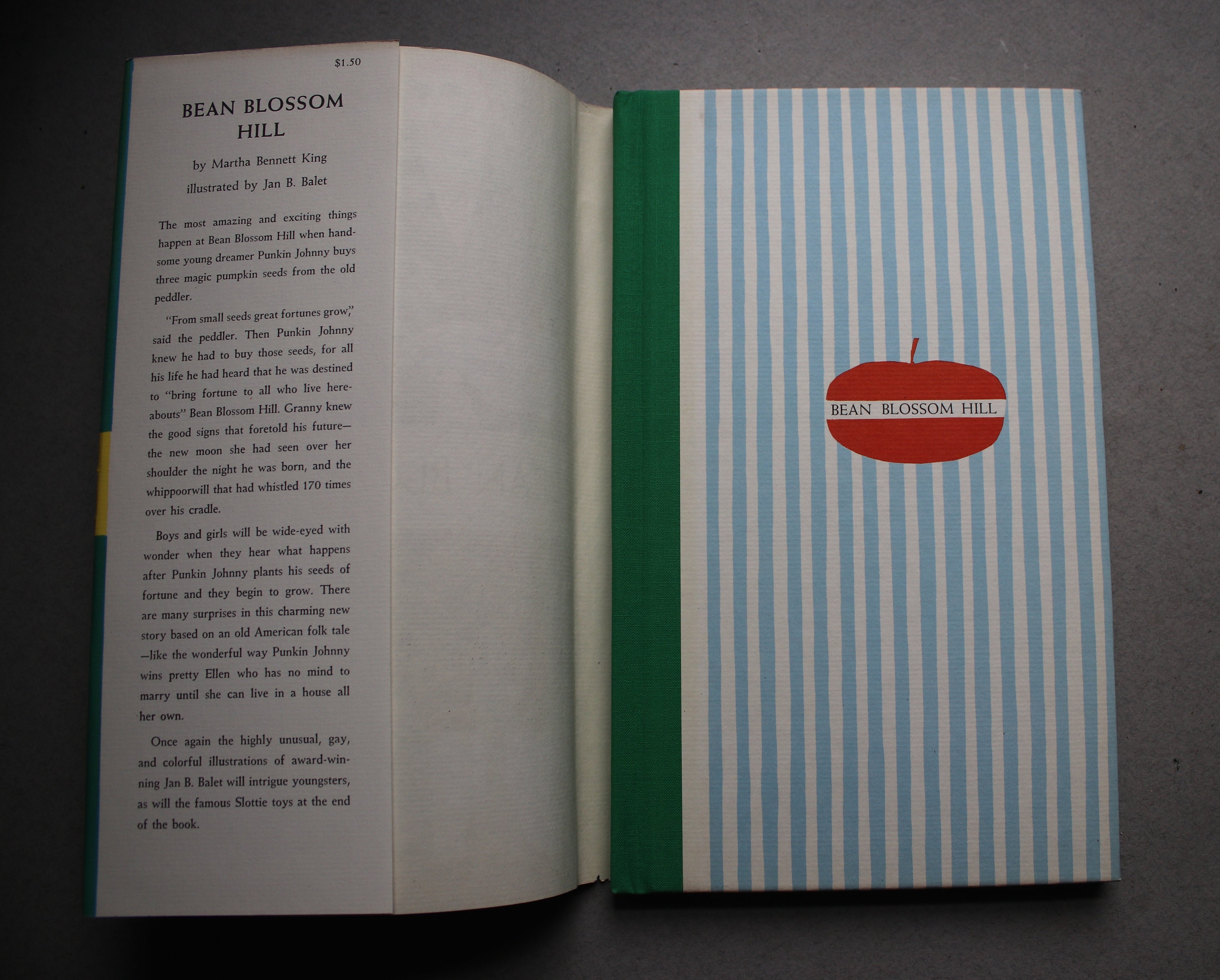 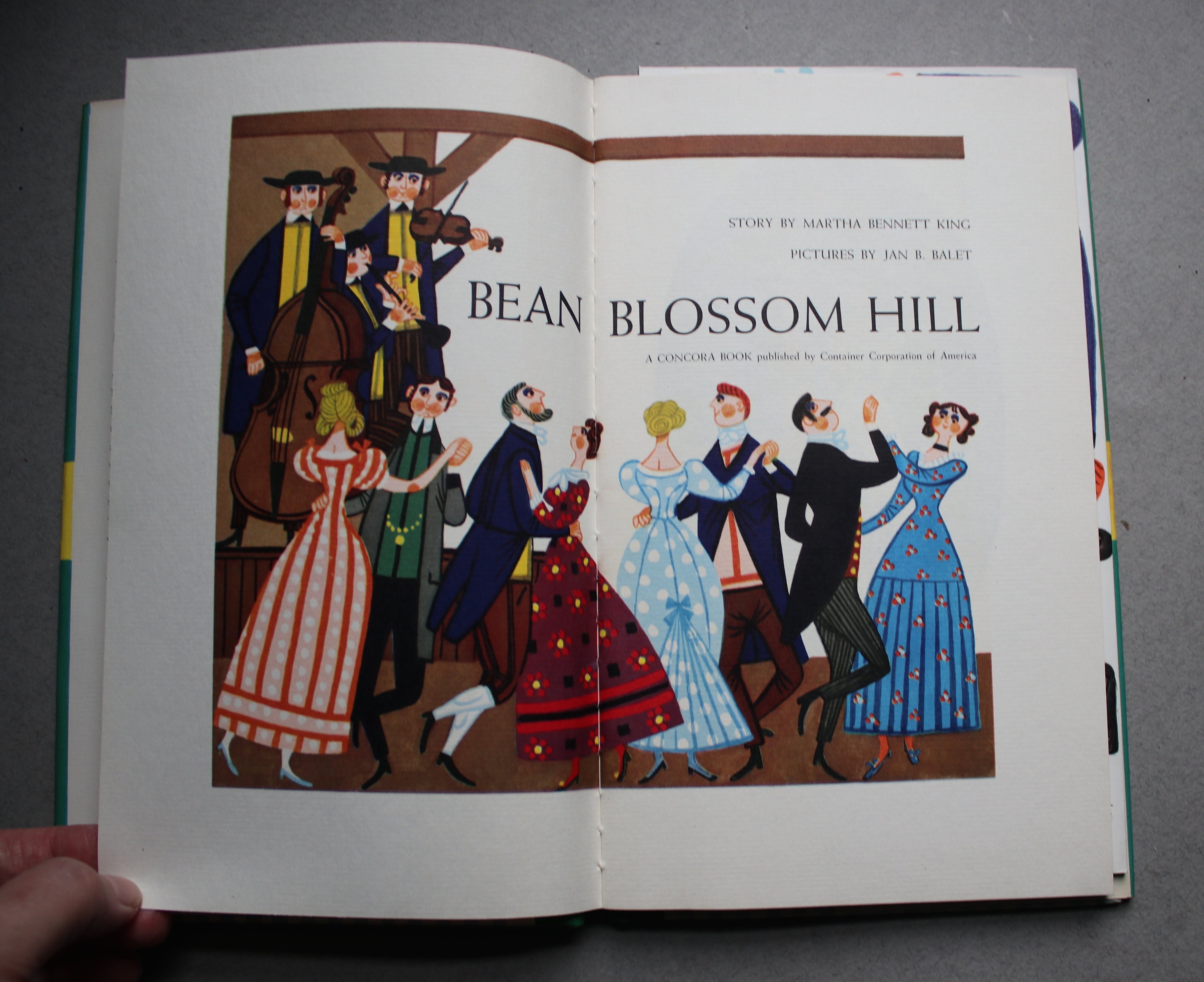 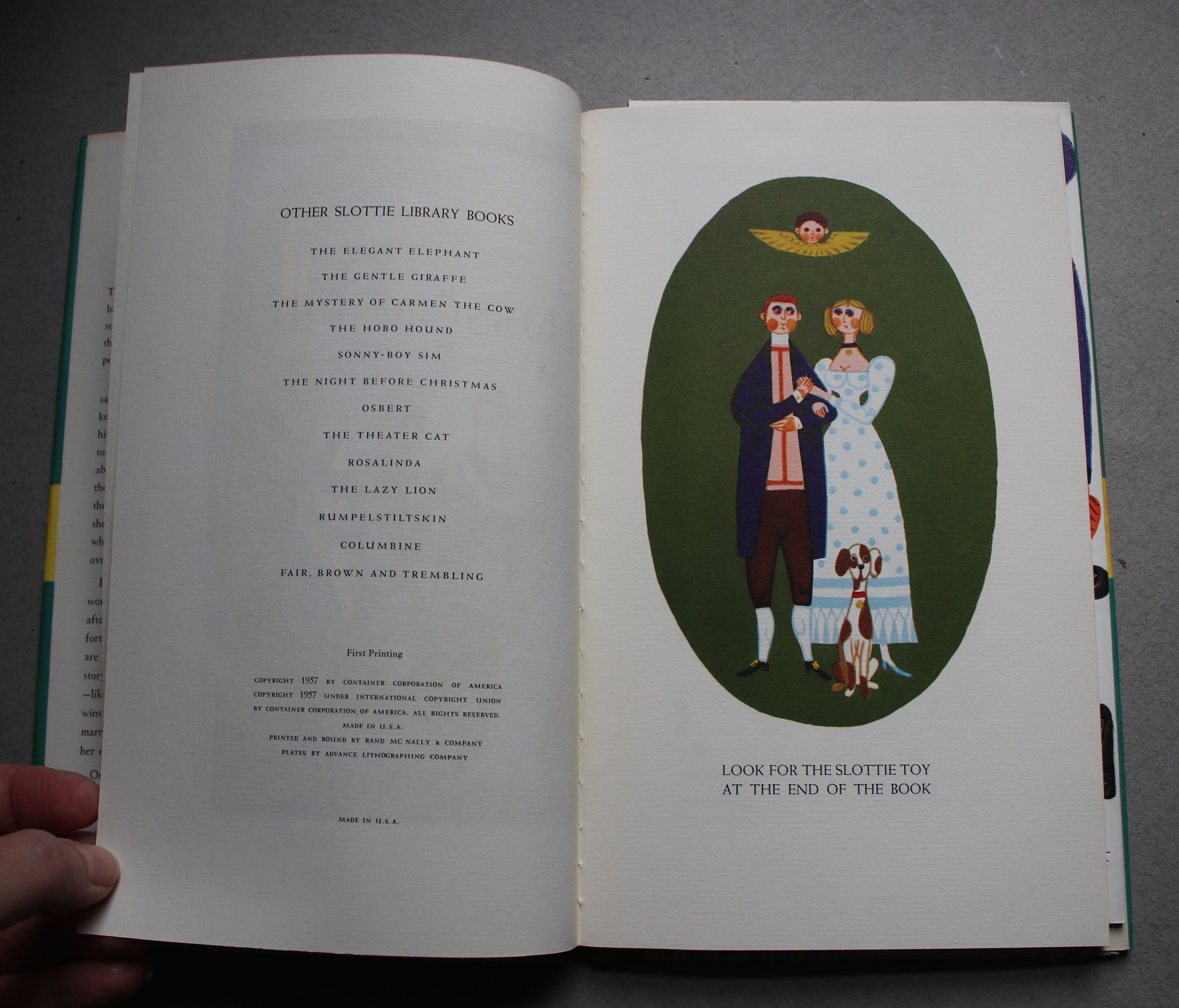 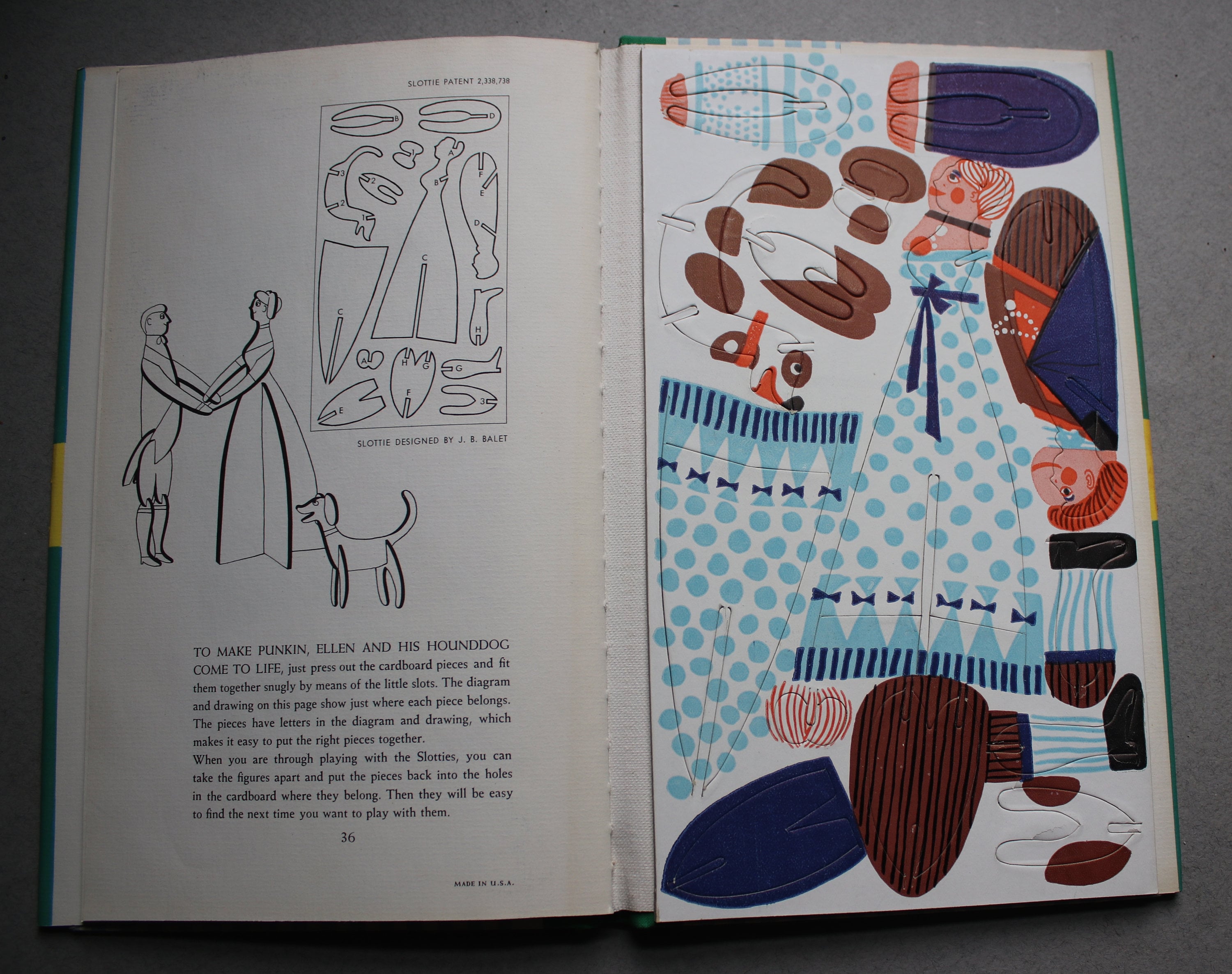 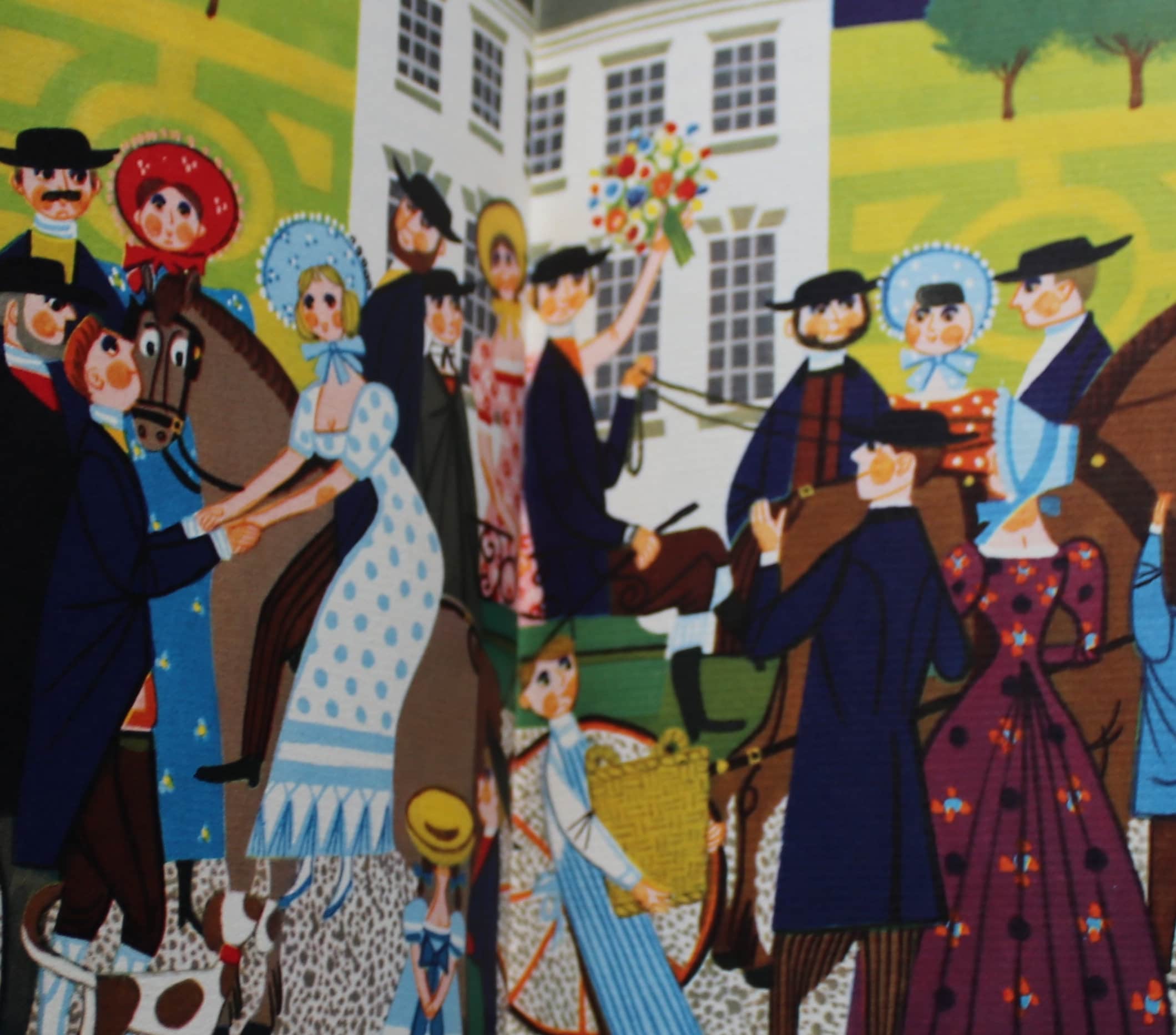 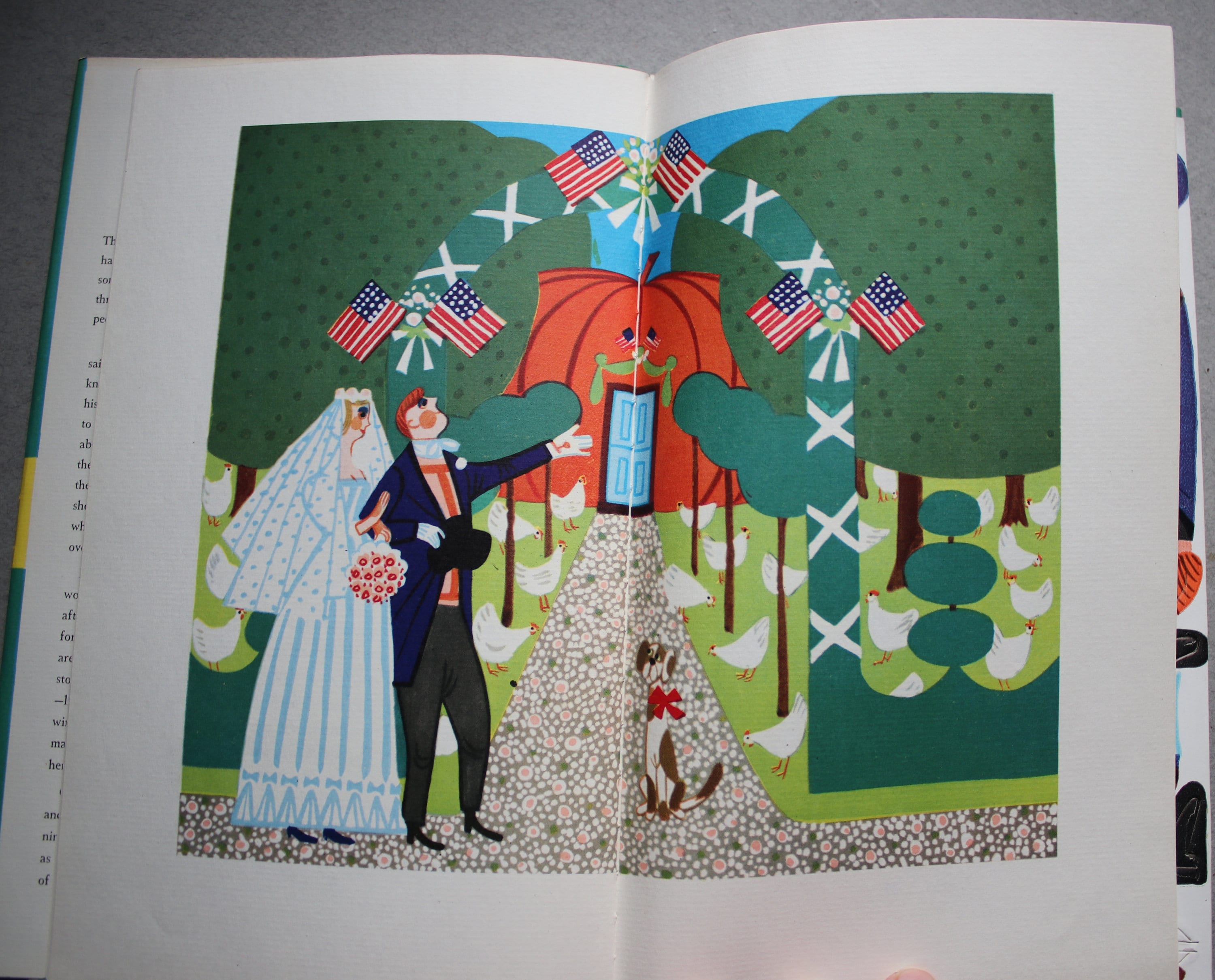 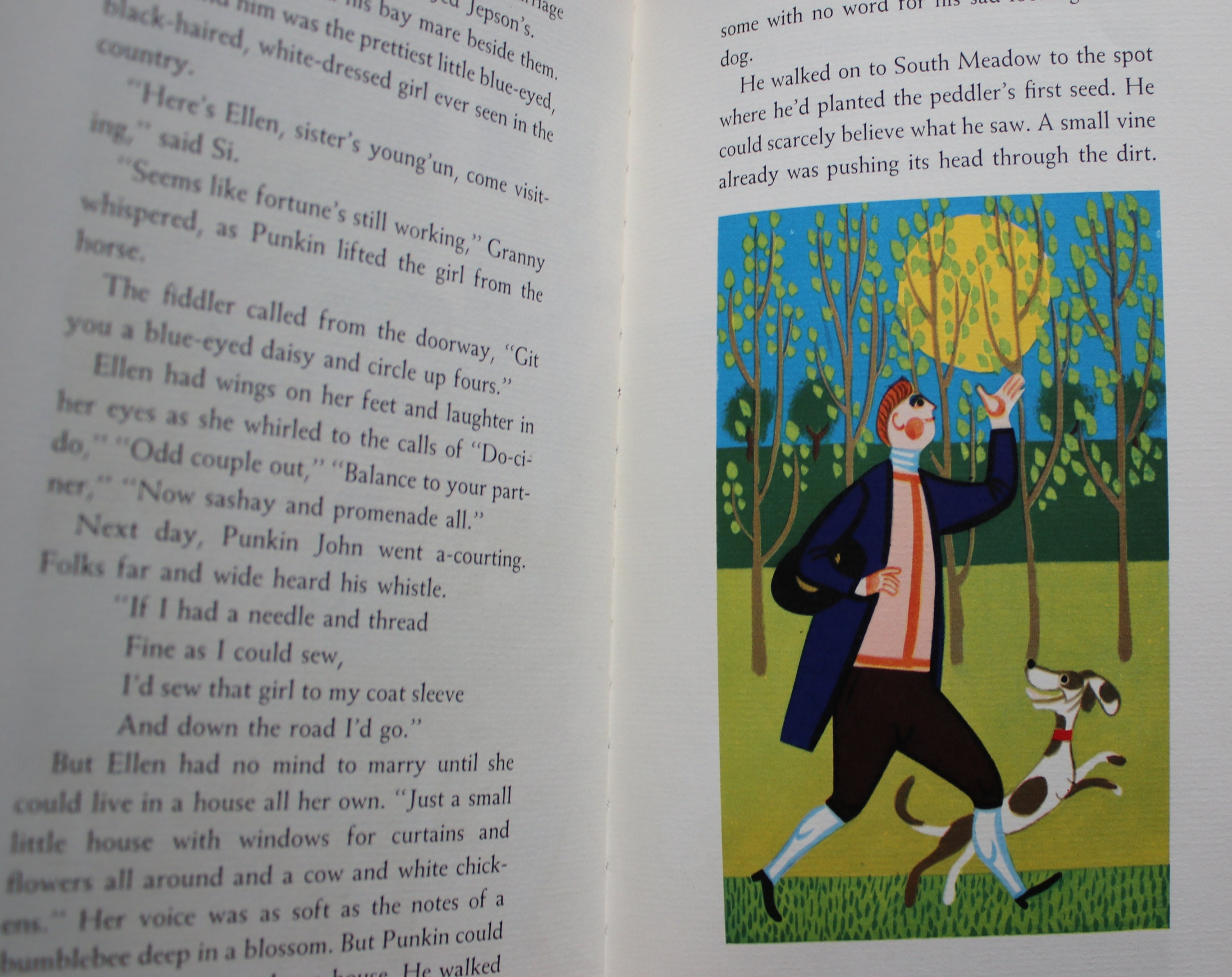 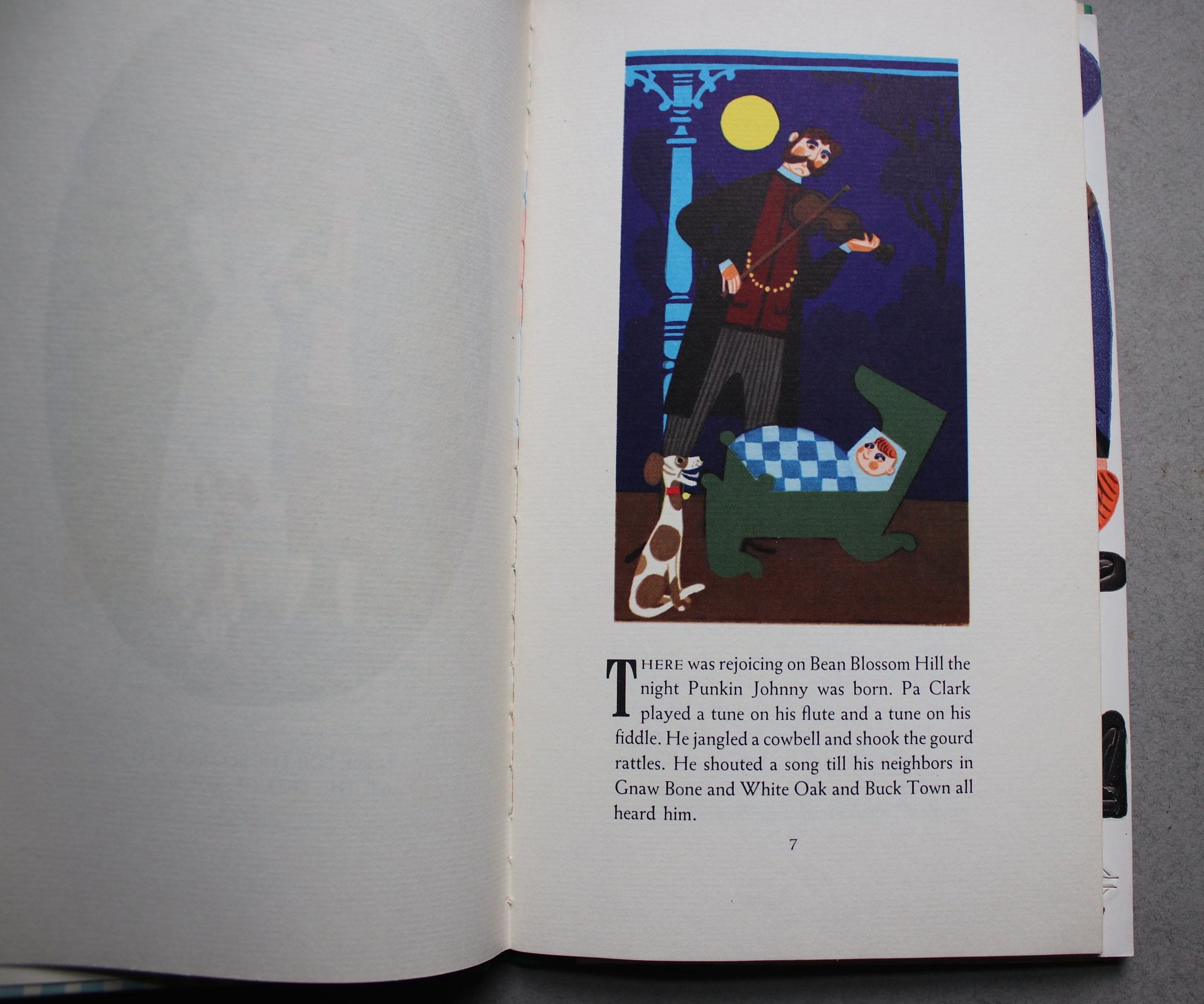 Bean Blossom Hill by Martha Bennett King and Illustrated by Jan B. Balet

This children's book, Bean Blossom Hill by Martha Bennett King, is 36 pages and in almost new condition save for the back where a price sticker was removed. Also, there is a slight crease in the jacket at the top of the spine, as seen in the first photo, and an overall slight discoloration of the book's front board, shown in photo three. The book's binding is tight, almost as if it's never been opened before the photographs were taken. The Slottie toys are intact in the back of the book and have never been punched out/removed from the cardboard.

Illustrator Jan B. Balet, who was greatly influenced by the naïve style of art and has been referred to as a naïve painter, won a Grammy for the best classical music album cover in 1964-- Saint-Saens: Carnival Of The Animals/Britten: Young Person's Guide To The Orchestra.

This edition is listed as the first printing.