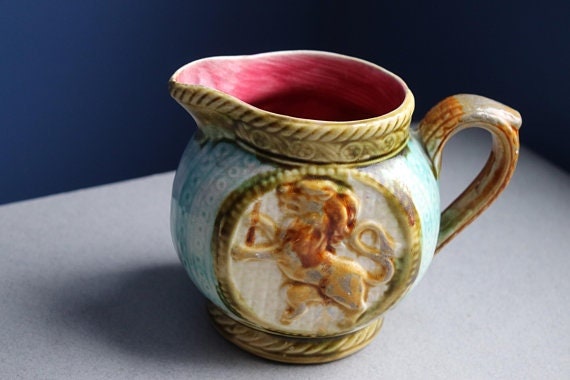 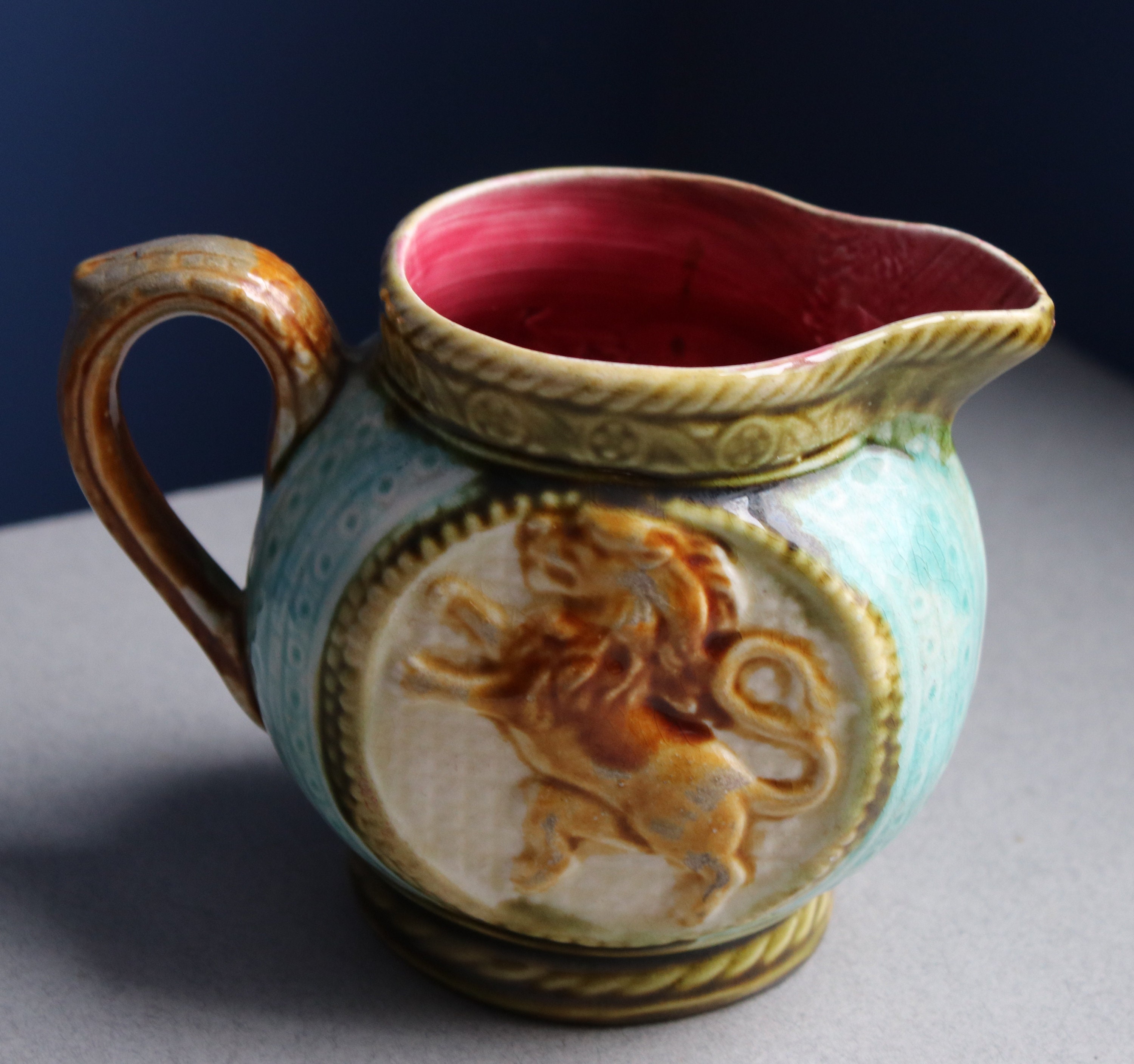 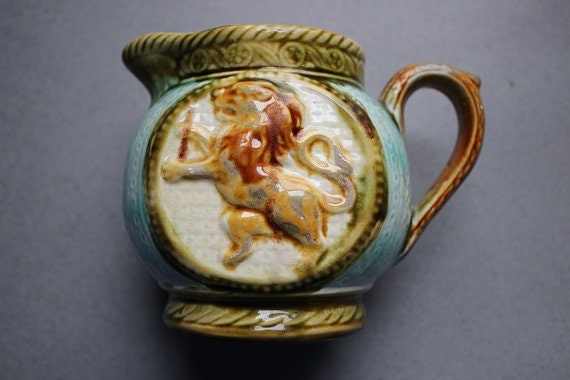 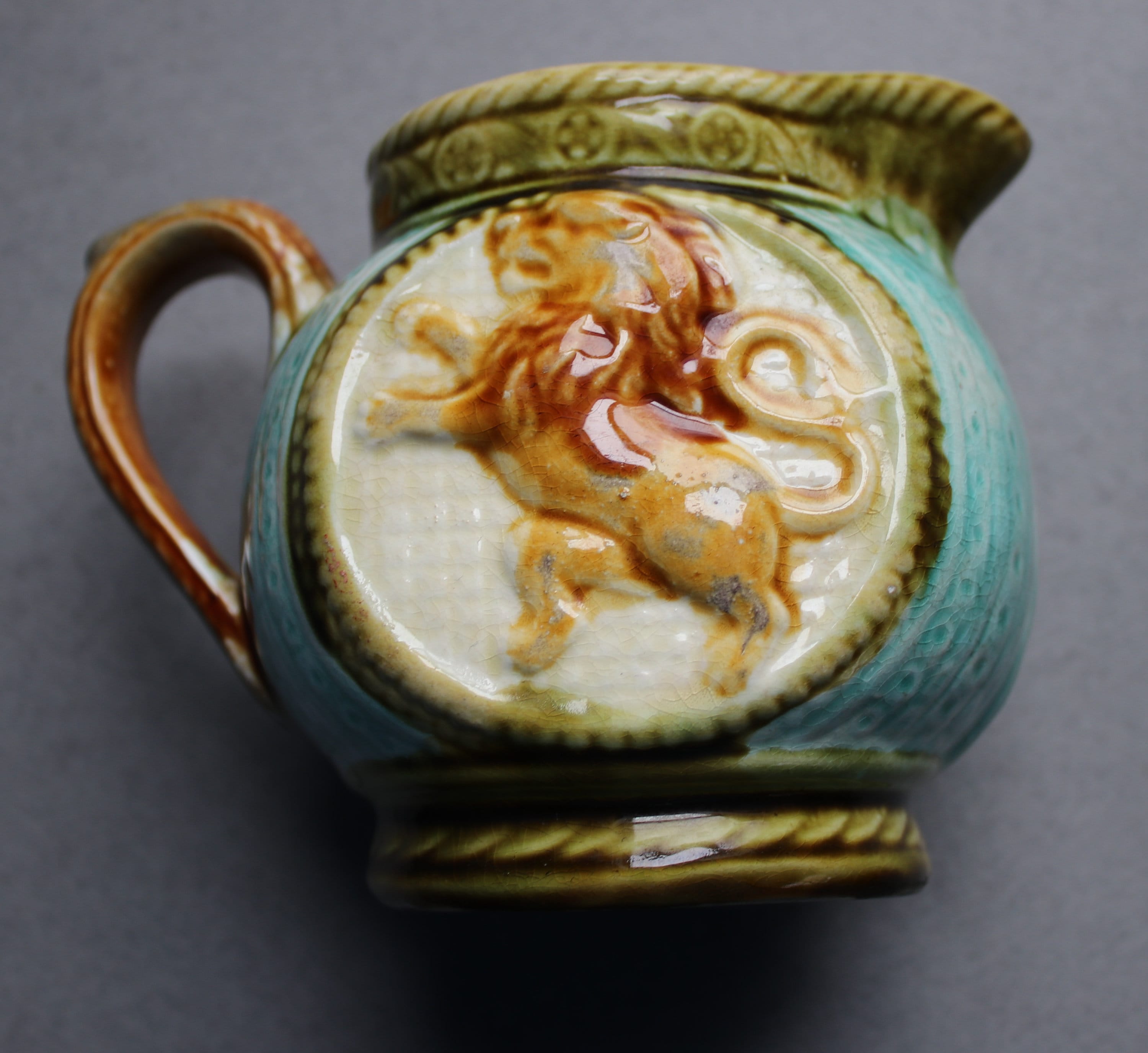 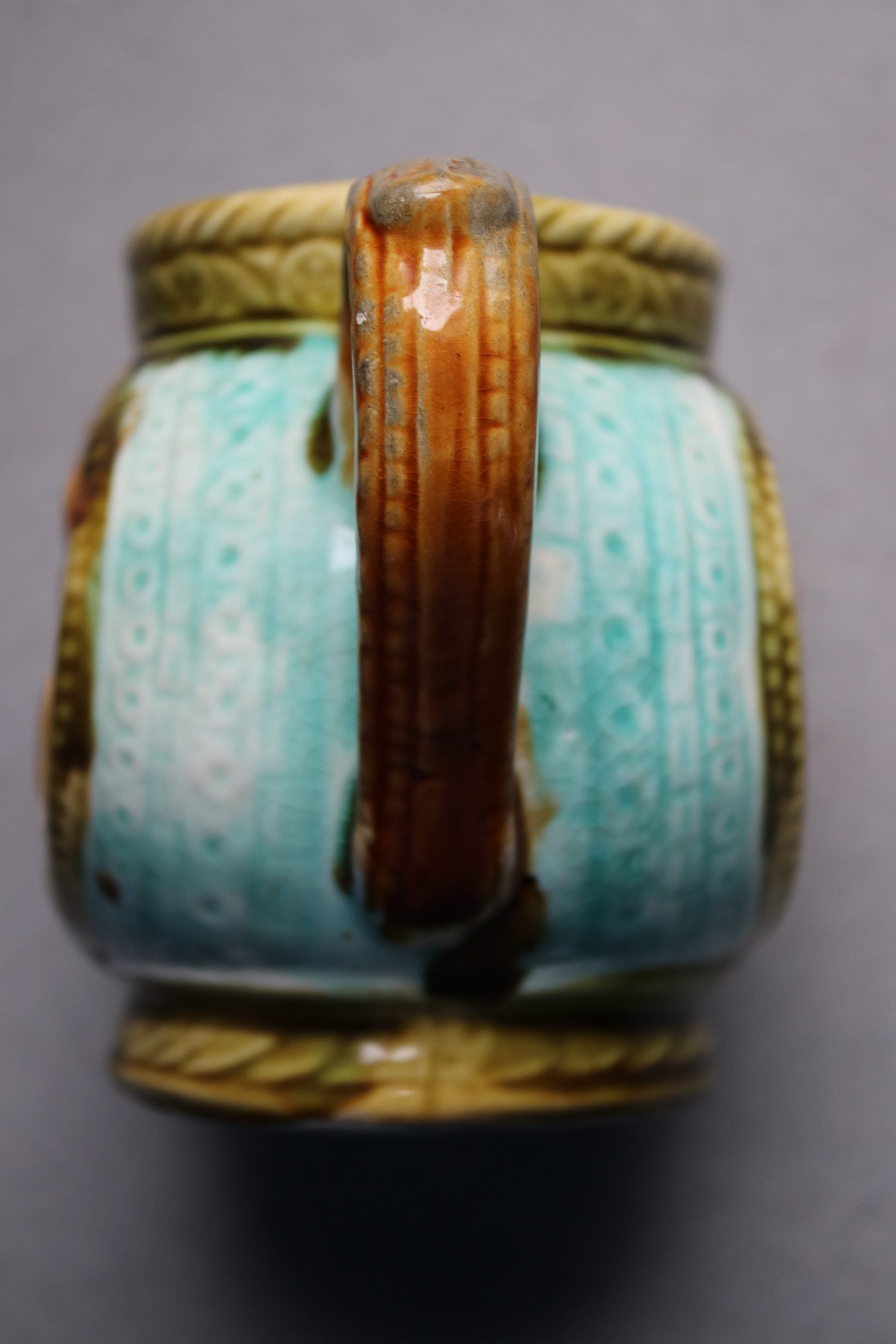 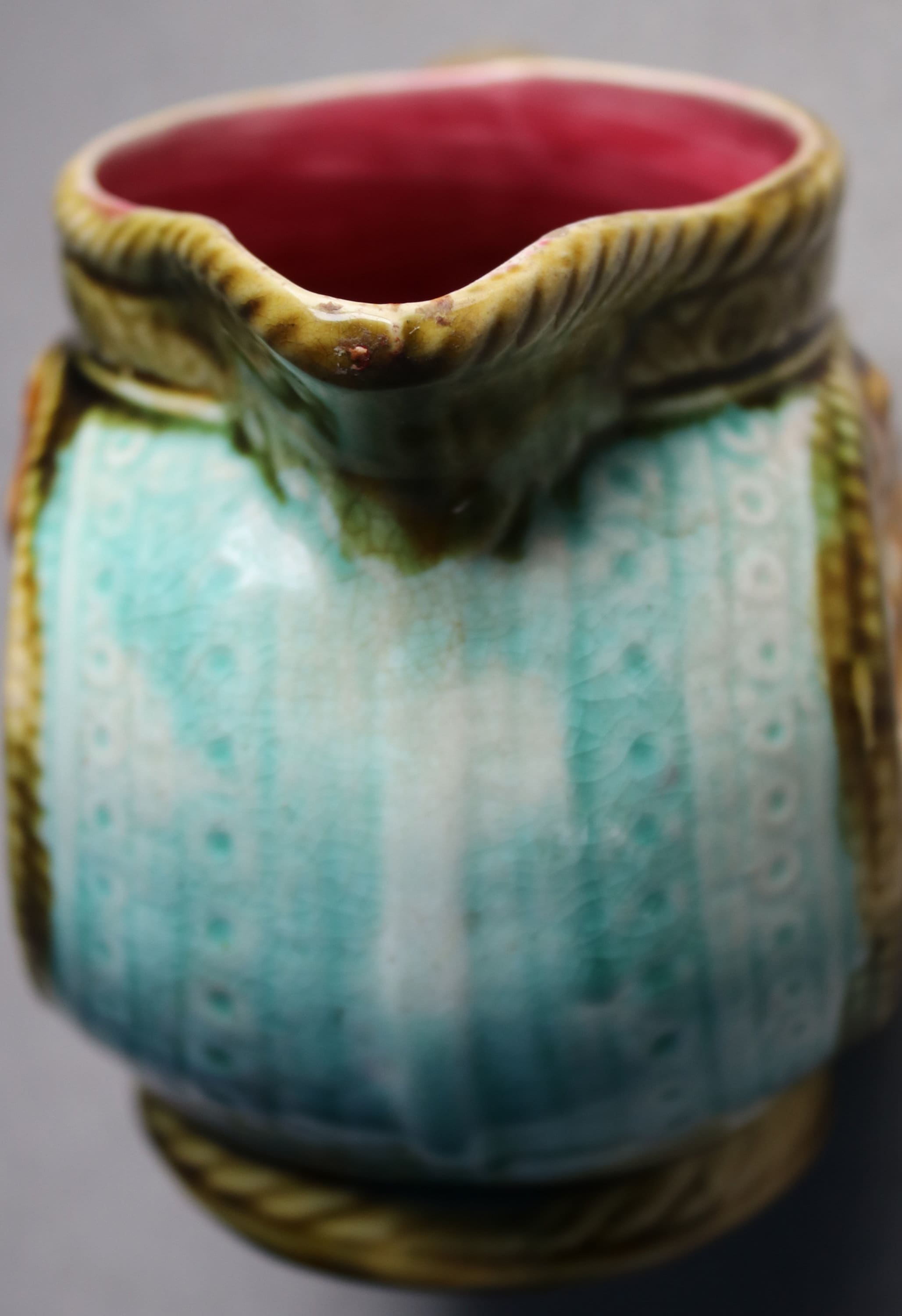 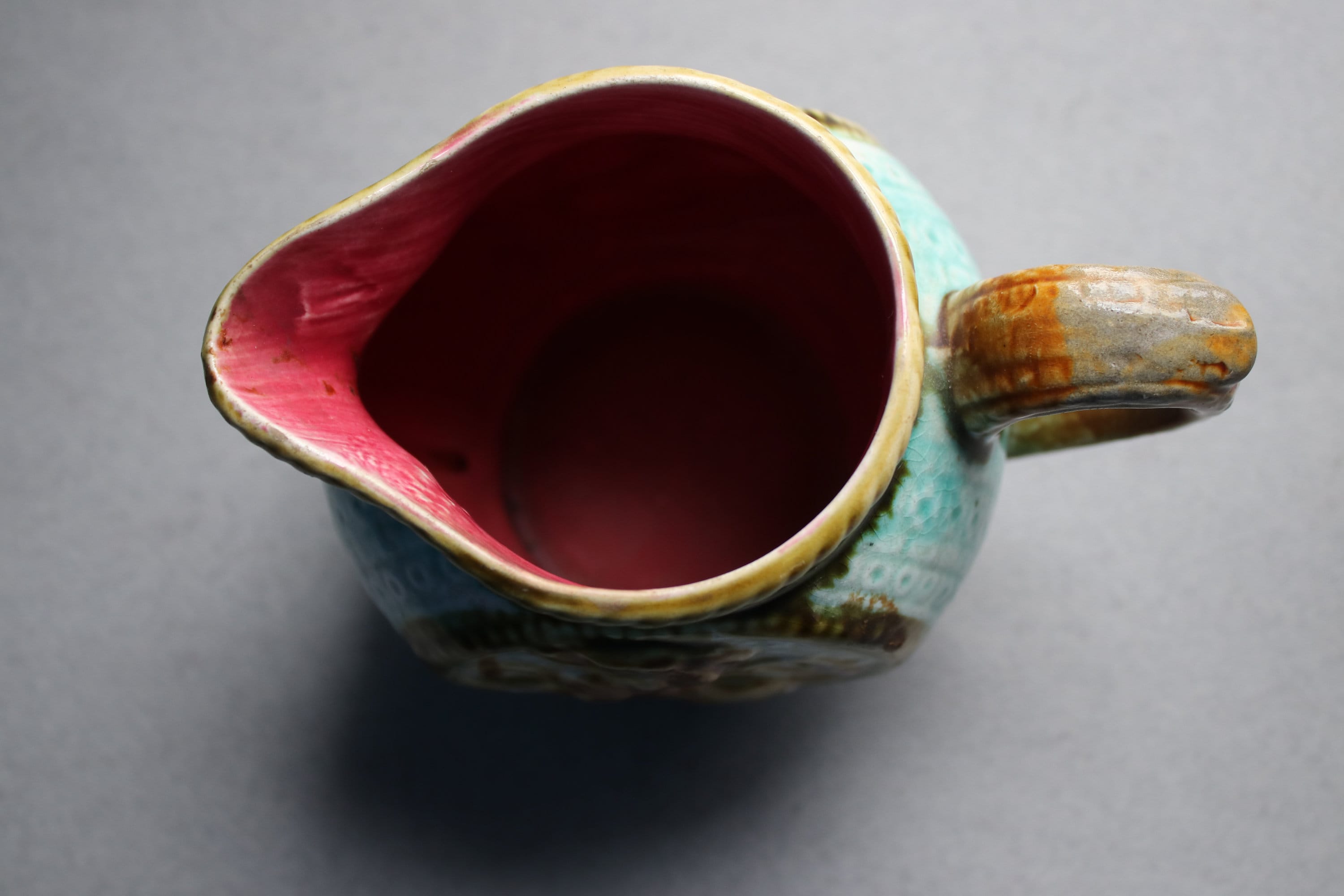 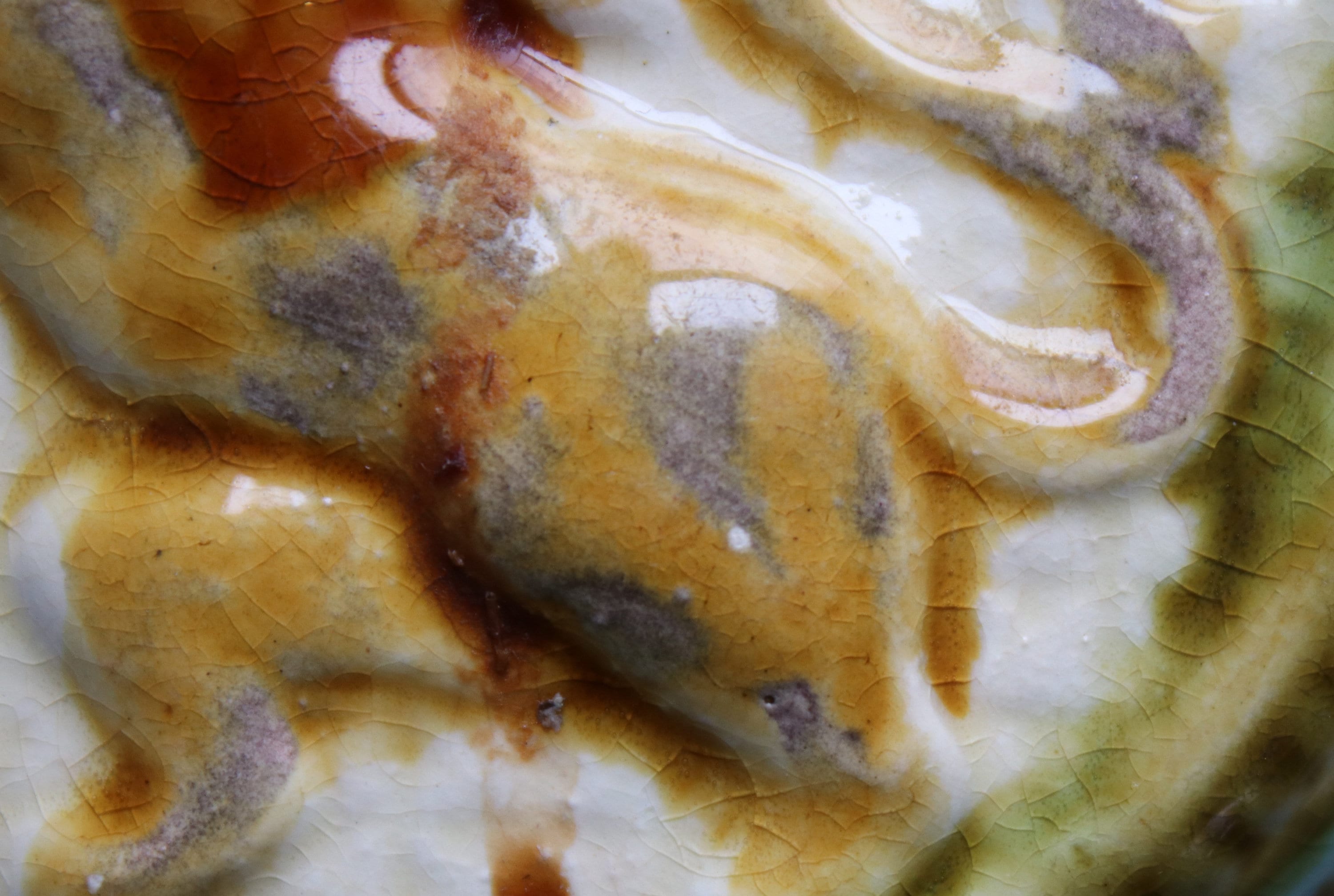 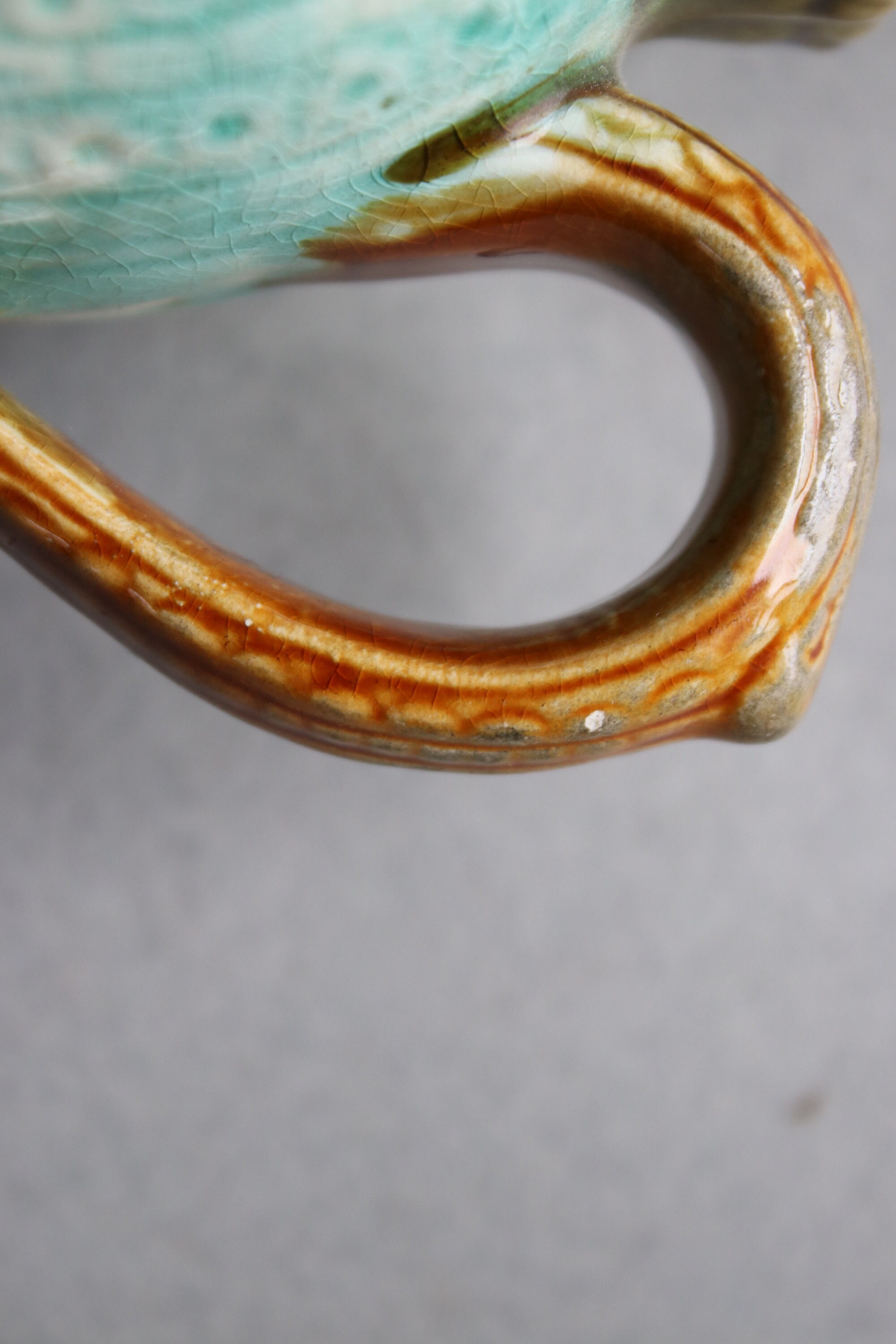 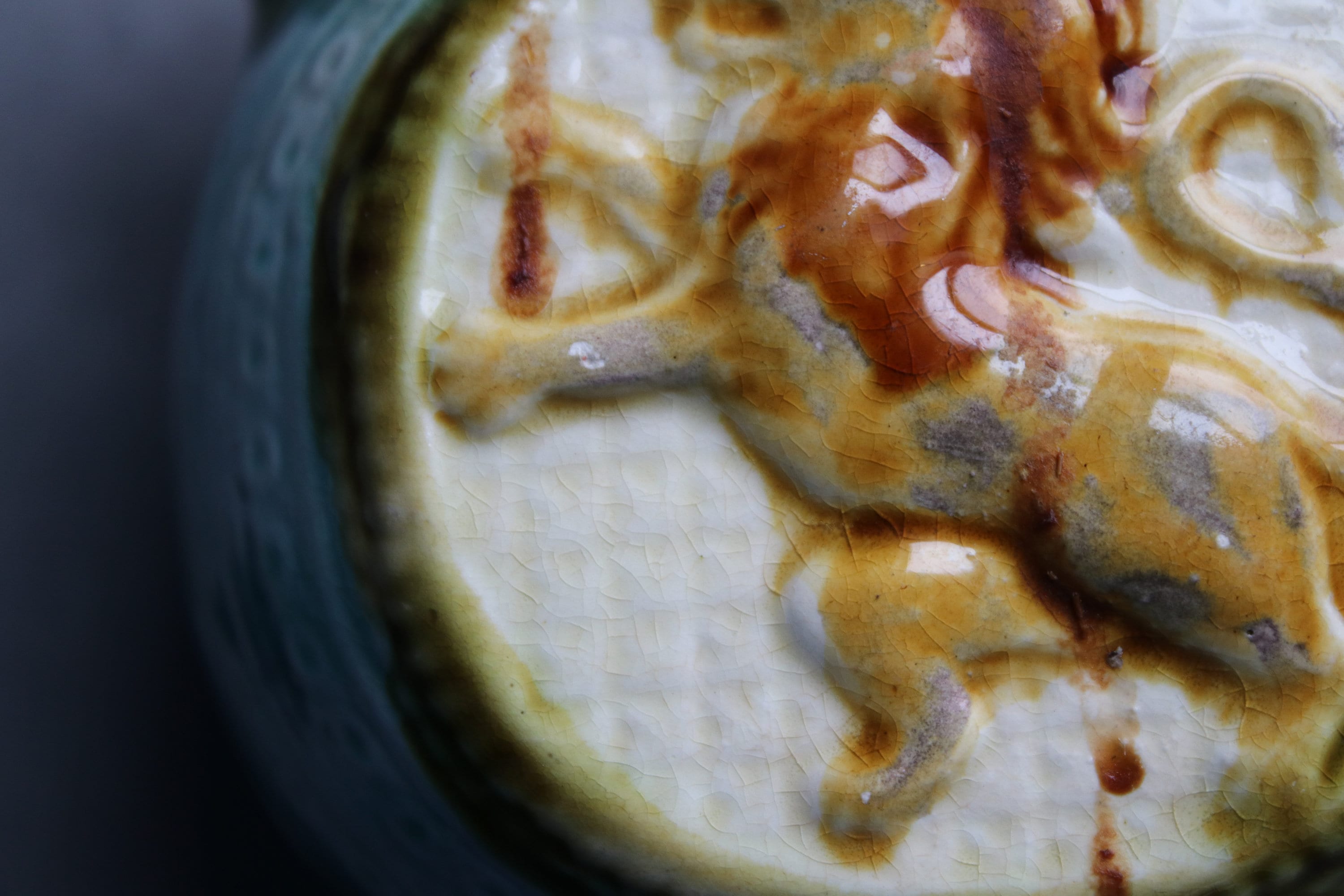 Thank you to the Majolica International Society for the valuable information on Frie Onnaing Majolica.
They write:

La Faïencerie d’Onnaing in northern France was controlled by the Mouzin family in the second half of the nineteenth century. The pottery produced majolica from 1870 to 1900. Clays were imported from England, Germany and Belgium to supplement local supplies and producing a ware that was somewhat lighter than that of other potteries. The color palette of glazes used at Onnaing was somewhat duller than competitors and was often applied in a haphazard manner.

This majolica pitcher bearing a lion on both sides does have wear commensurate with age. The grey areas have a glaze over them as part of the overall glazing of the piece so this is not wear but shading. However, the handle, where one would place one's thumb, does feel rough to the touch, and I believe this is from 100+ years of wear.

There is crazing and there are three separate issues that need a potential buyer's attention. Please see the last three photos for reference. Photo eight show a close-up of the lion's hindquarters on one side. This area is less than 1/16". The ninth photo shows the handle where there is a mark a tad over 1/16". Finally, the tenth photo shows the lion's foreleg on the same side as the hindquarters issue has mark approximately 1/8". These three areas are what might be known as "flea bites" because of their size, but still, it is important that the buyer know about these before making a decision.

The base of the piece is marked with a number, the pottery Frie Onnaing and Made in France. Additionally, there is a P.V. stamp, which denotes the manufacturer Portieux Vallerysthal.

Measurements are as follows: