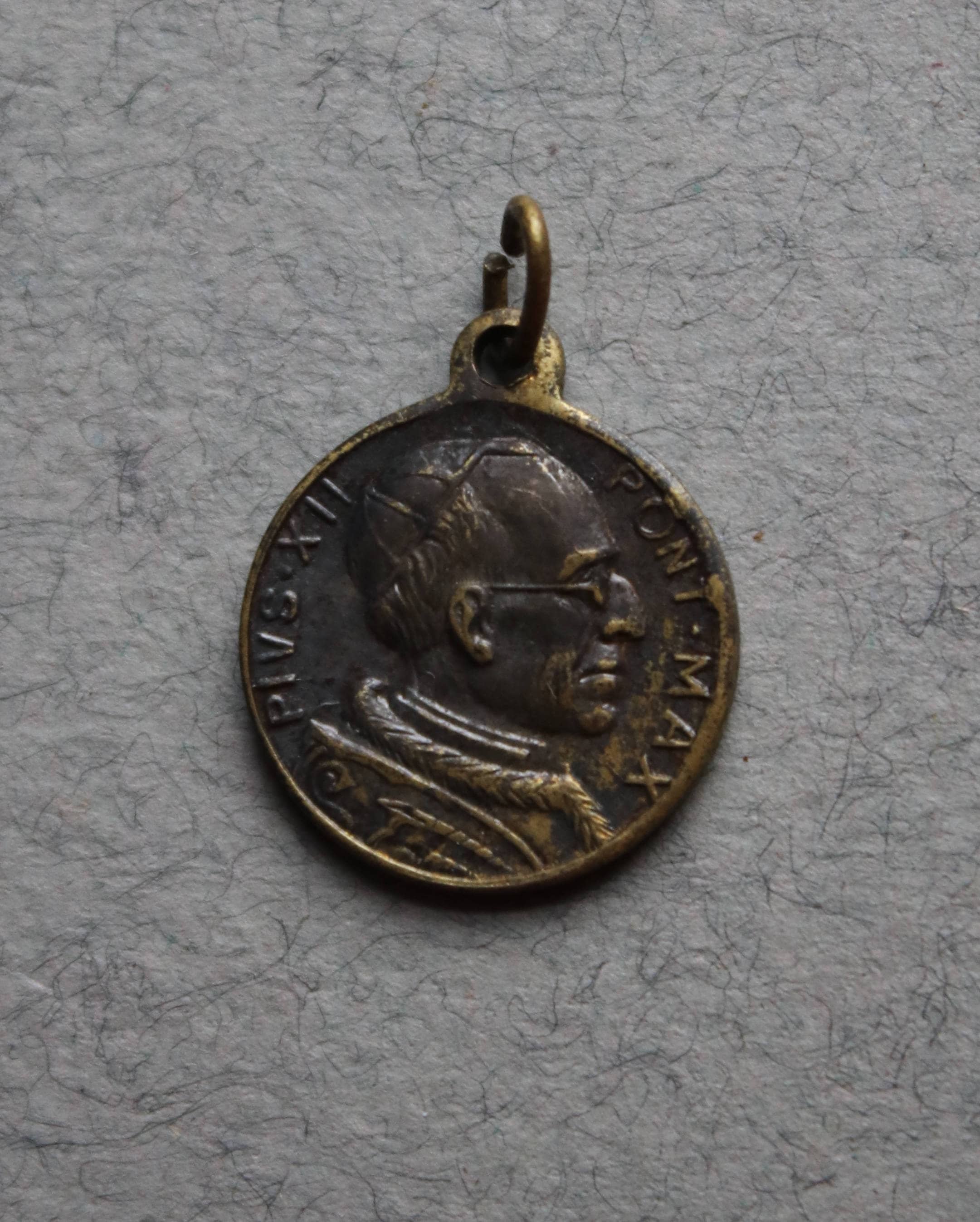 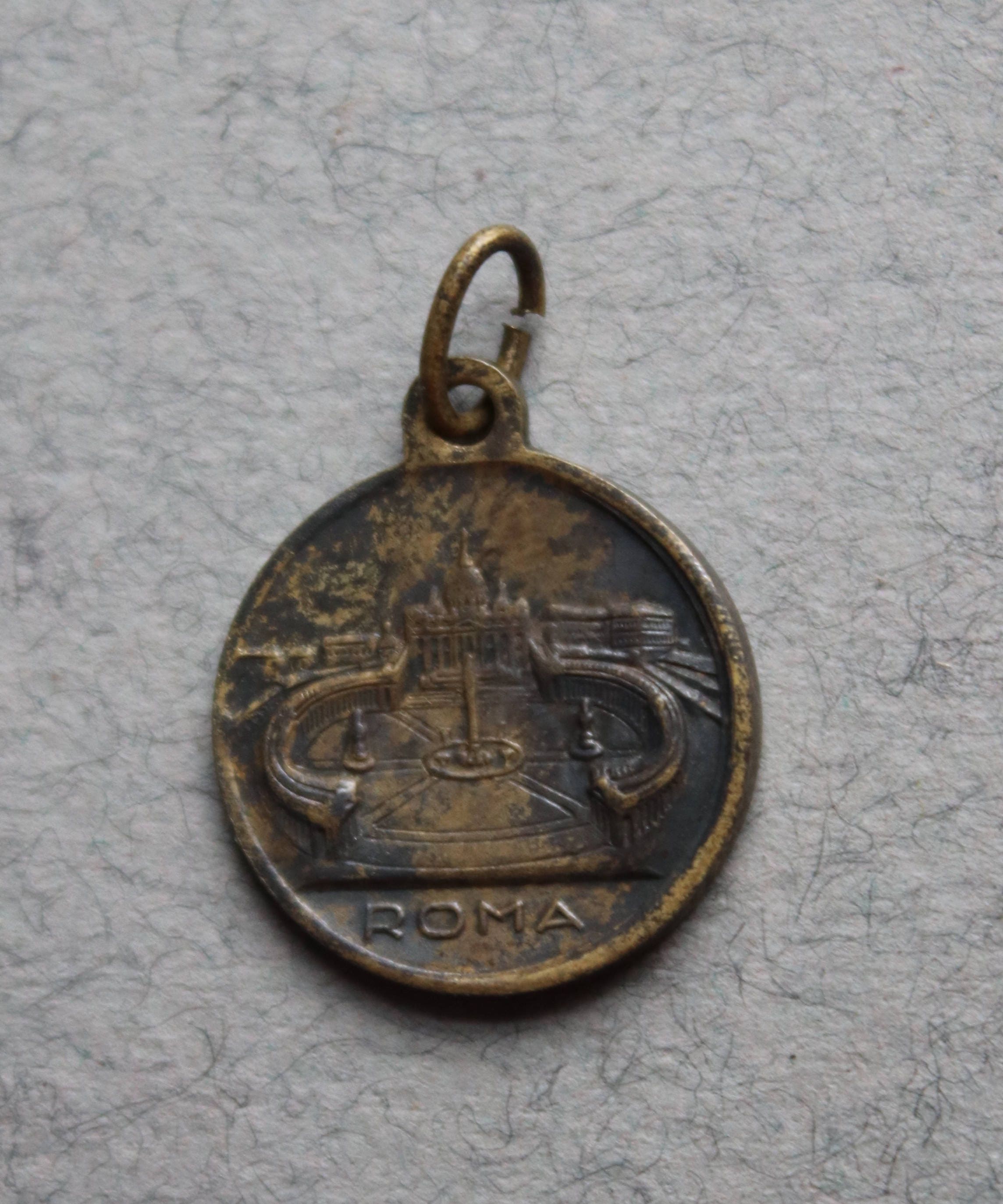 This medal was produced between the 1930s and 1950s, when Pius XII was Pope of the Catholic Church. The front features Pius XII in profile and the back has "Roma" with a city scene.

Pius was a controversial figure, mainly because his papacy was during WWII. Some say he saved thousands, if not hundreds of thousands of Jews when Hitler was in power. Some say he did not do enough.