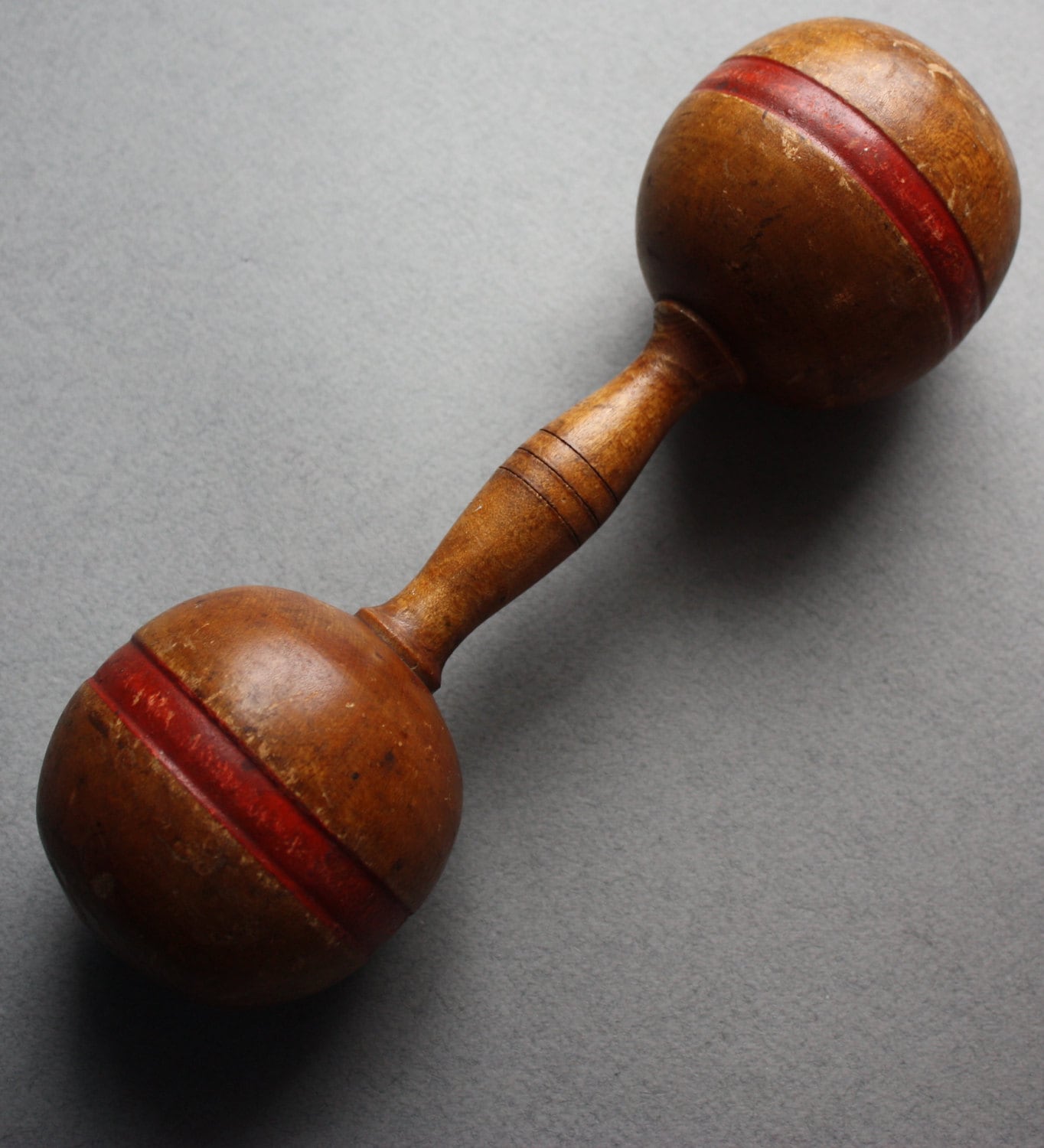 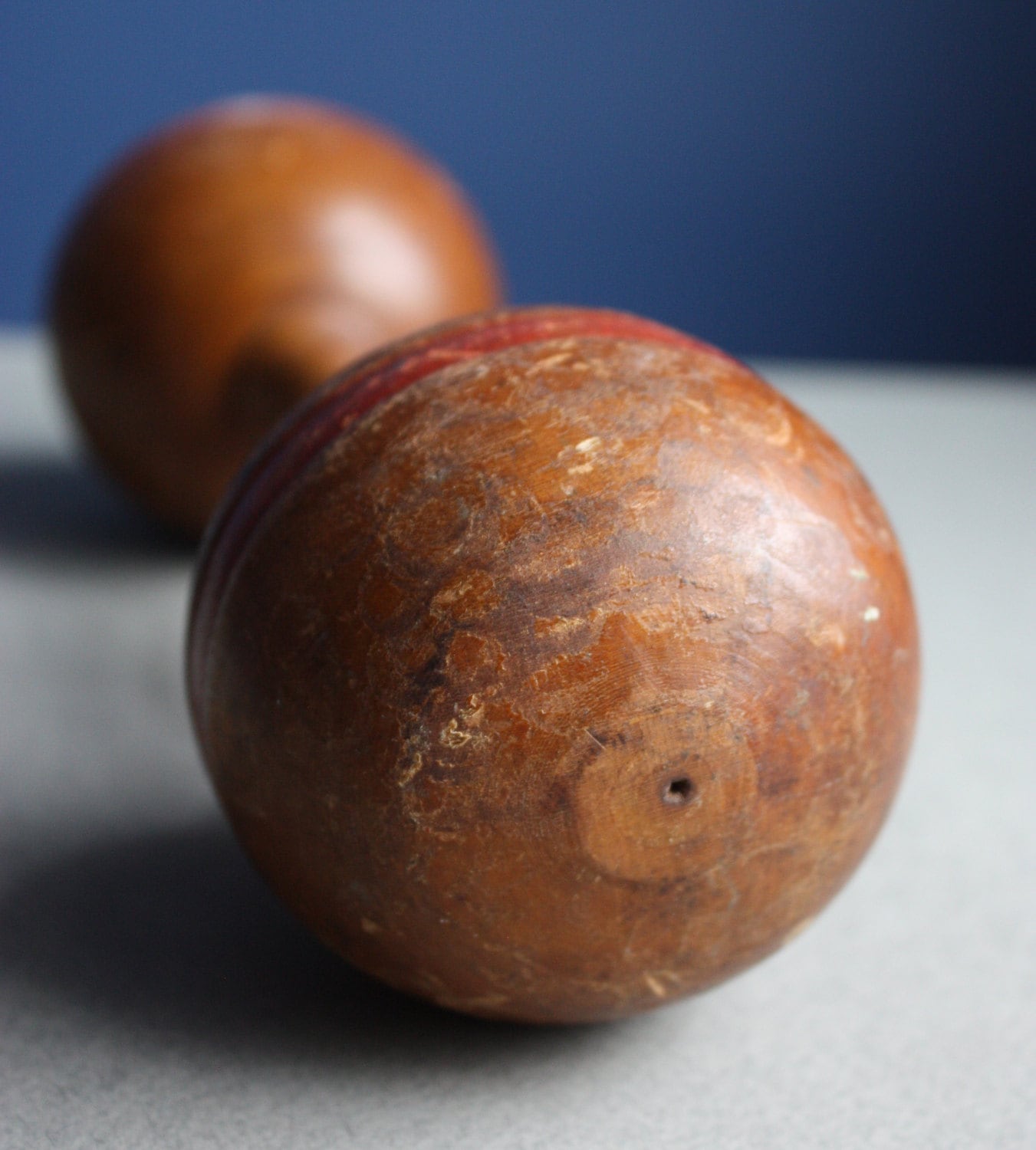 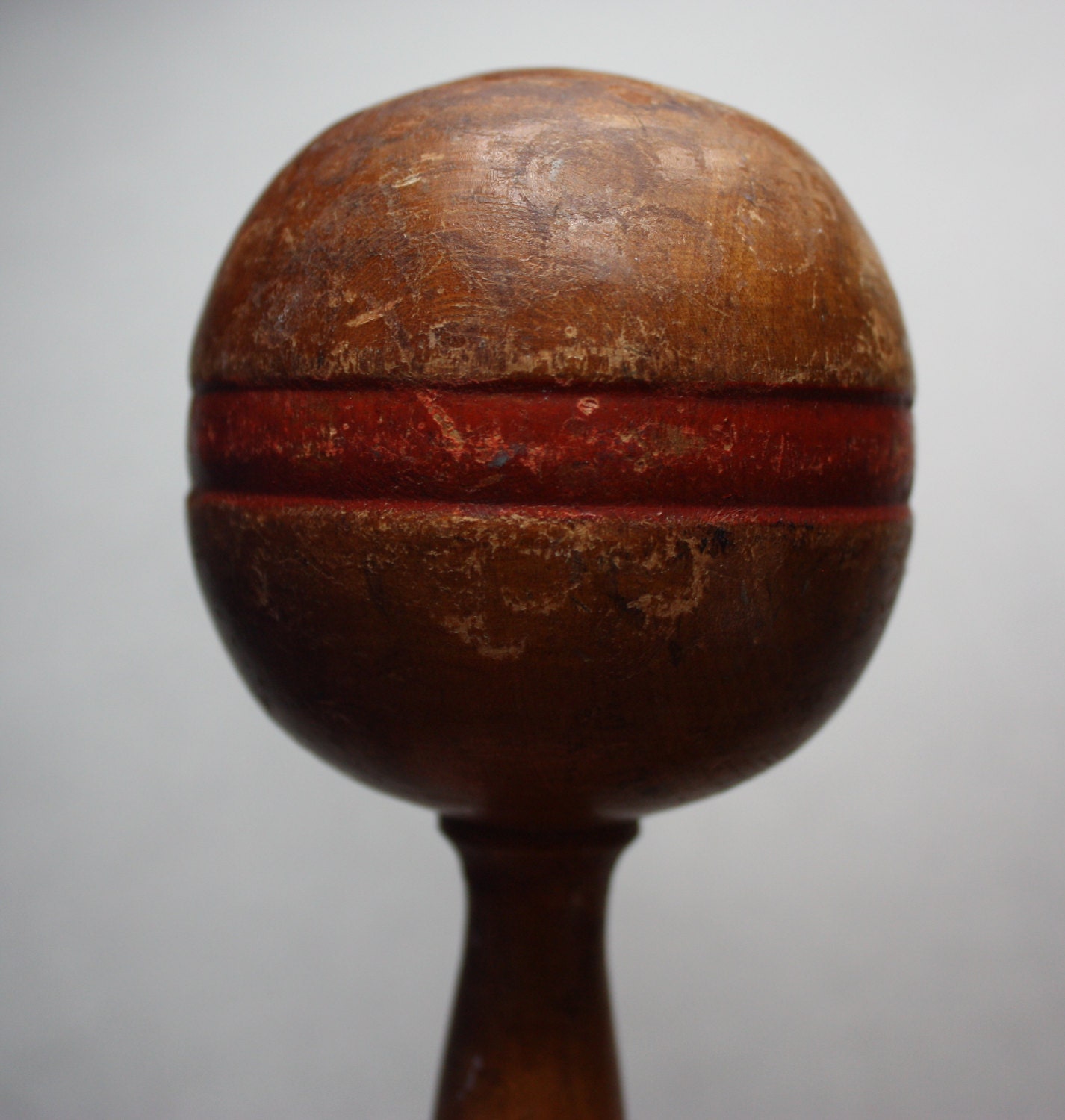 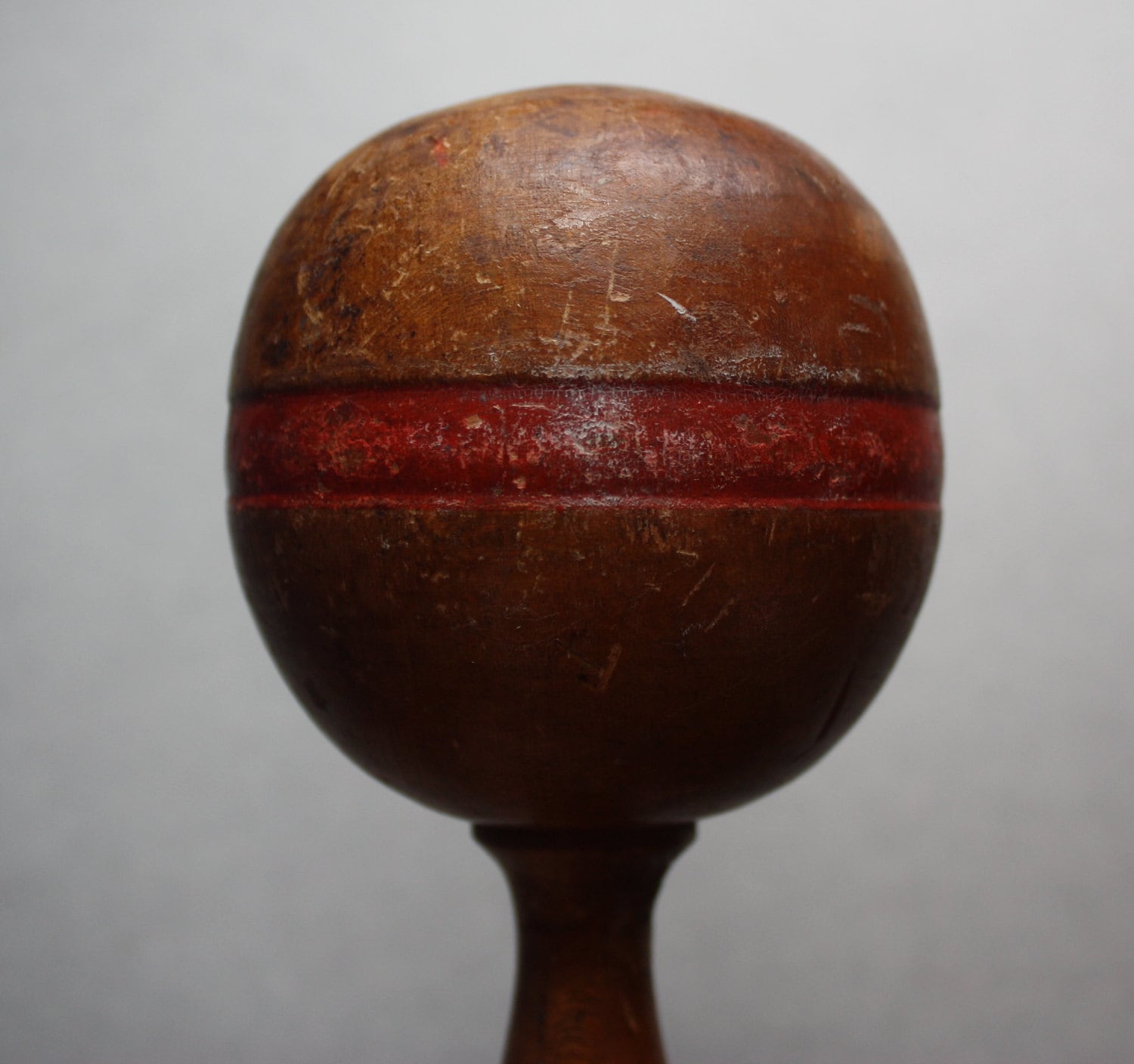 According to the The Routledge History of American Sport,
edited by Linda J. Borish, David K. Wiggins, and Gerald R. Gems, wooden dumbbells were used in antebellum exercises.

Thank you to Jan Todd, PhD, for the piece "From Milo to Milo:
A History of Barbells, Dumbells, and Indian Clubs." Todd writes that after the 1860s, what were once wooden wands used for exercise, now had two globes on either end. He explains, "'Dewitt’s Athletic Exercises for
Health and Strength', a popular training guide from the 1870s also
referred to wooden wands with globular ends as 'French Dumbells'."

This wooden dumbbell is approximately 9" from end to end and weighs 11.8 ounces. The dumbbell exhibits wear, particularly on both ends as seen in photos three and four. The wood has a worn patina owing to its age.