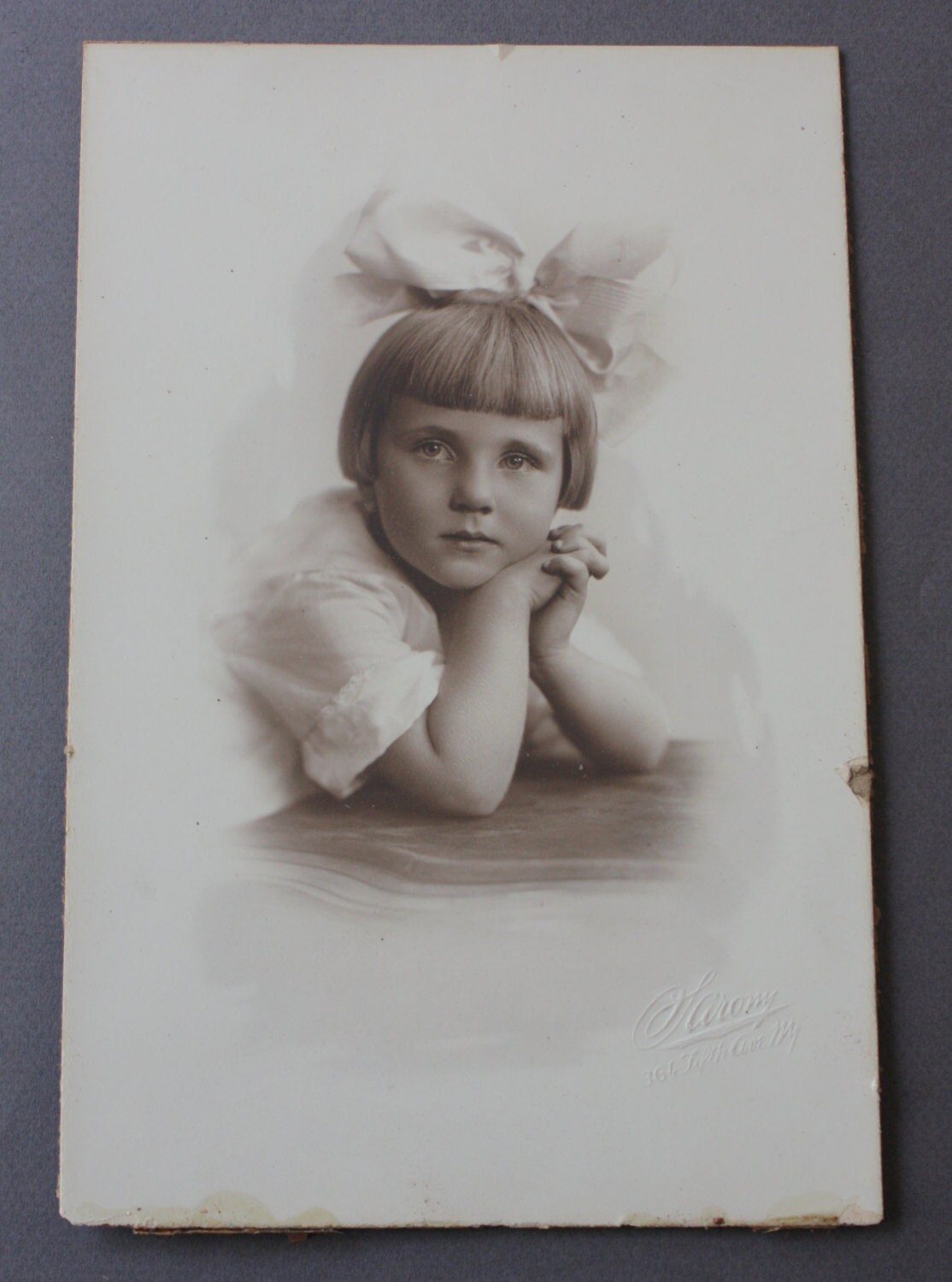 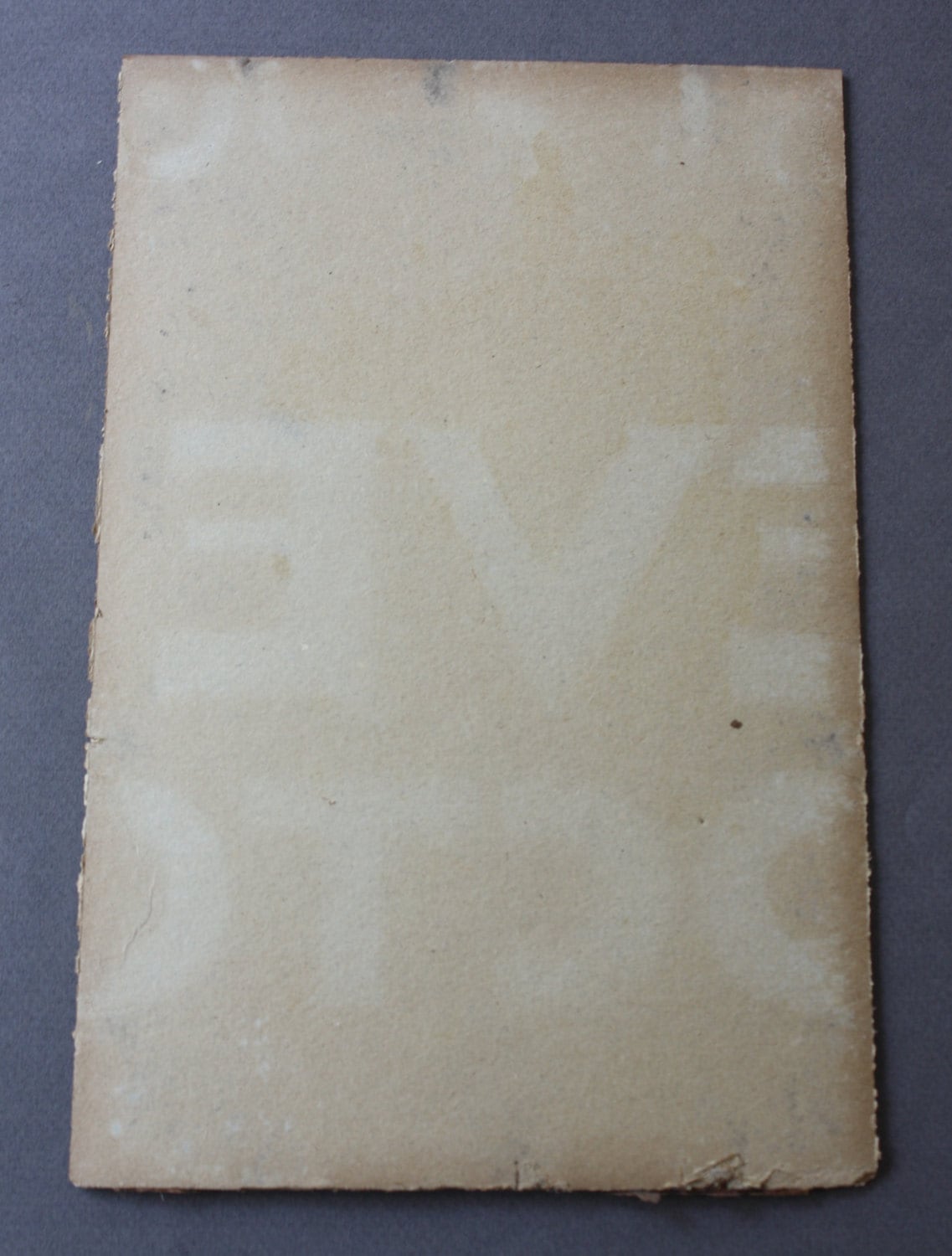 This 6 x 9 sepia toned photograph was taken by Sarony Studios. In researching Sarony and attempting to determine an approximate age of this photograph, I found the following information:

This advertisement, along with the chronology of hair bows (http://histclo.com/style/head/hair/bowh/chron/hb-chron.html), points to a 1920s date for this photograph, a time when little girls wore "enormous hair bows."

With respect to Sarony Studios, one may find this of interest (Thank you to http://broadway.cas.sc.edu/content/otto-sarony.): Otto began directing sessions that appeared under the Sarony signature in the late 1880s. He presided over virtually every session undertaken by the studio from 1893 until his father's death in 1896. From 1896 until October 7, 1898, he was sole proprietor of the business. In 1898 he sold "all the fixtures, implements, cameras, lenses, specimens and materials used in about the photographic establishment . . . together with the trade-mark "Sarony'" to Jonathan Burrow. In 1902, desiring greater income, Otto Sarony, perhaps to fund his activities as a yachtsman, sold the right to his name to photographic entrepreneur Theodore C. Marceau. Otto Sarony served as Marceau's manager from Dec. 22, 1902, until his death in September 1903. From September 1903 onward, the Otto Sarony label issued photographs taken by other photographers. Otto Sarony remained a brand until World War I, and when the Marceau Studio merged with the Otto Sarony Studio in 1906, the volume of issues under the Otto Sarony name multiplied. Thus, in all likelihood, the photographs appearing under the brand Otto Sarony are in all probability not his creations, but those of W.H. Babbitt and a host of nameless cameramen.

Thank you for looking!