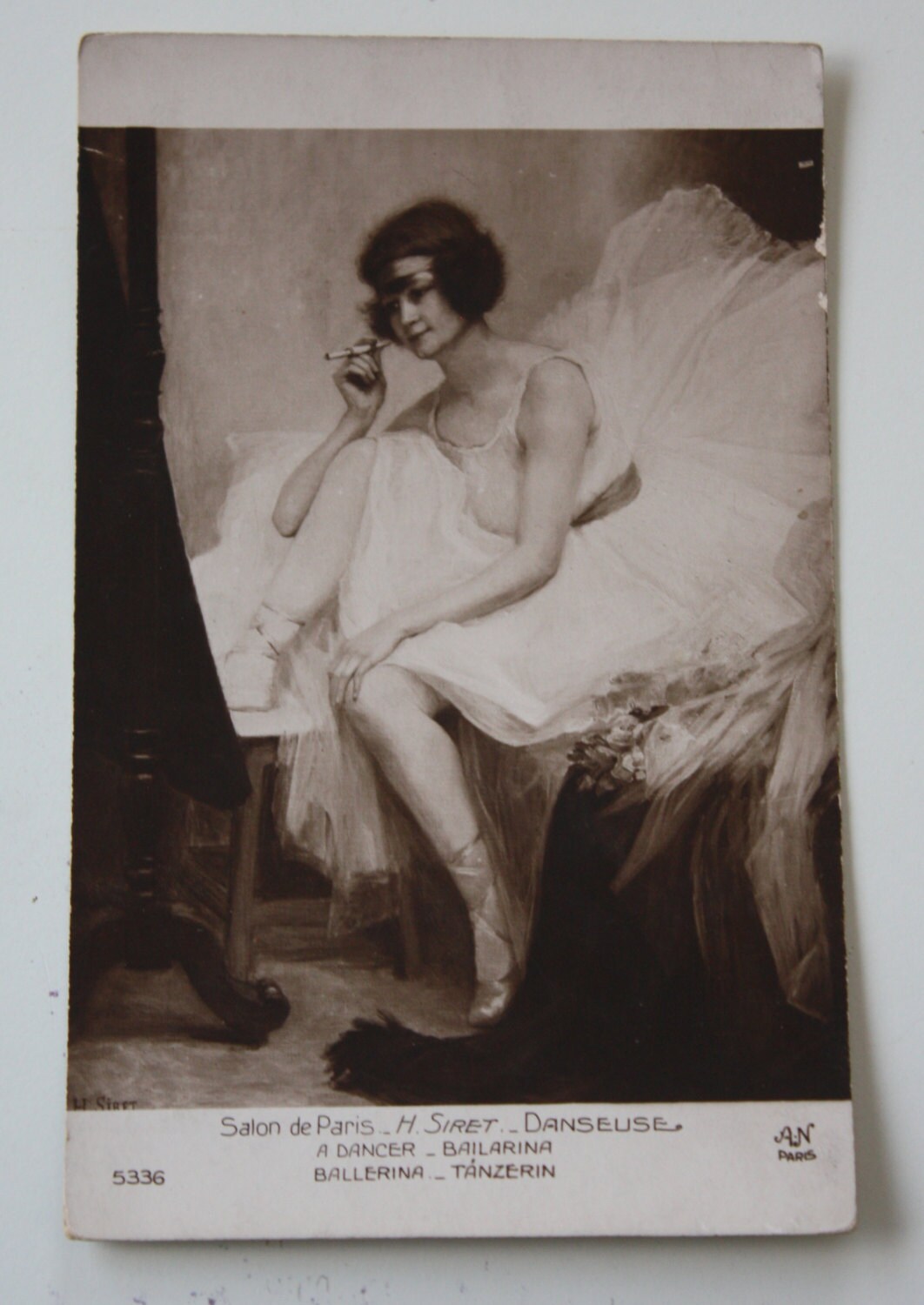 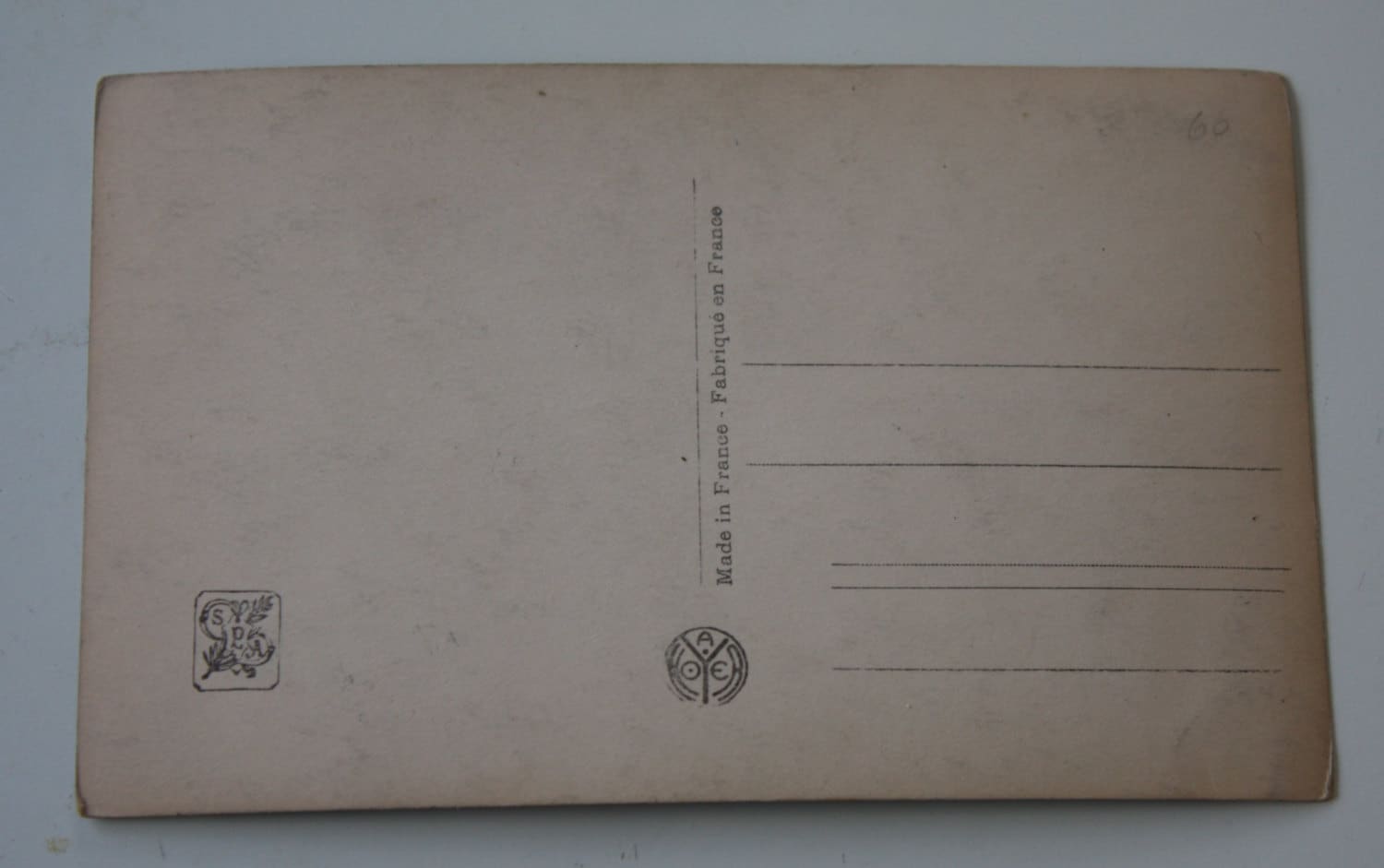 This postcard has the stamp of the Salon de Paris on the back and is in good to fair condition with wear. Please examine photographs and do let me know if you'd like more.

Thank you to http://www.metropostcard.com/publisherss1.html for the following: While the Solon’s [sic] roots date back to 1648 it only later became the official exhibitor of the Académie des Beaux-Arts. Their yearly exhibitions were the most prestigious in Europe for many years. The Société des Artistes Francais took over the Salon in 1881 after it lost government sponsorship. By 1890 schisms began to siphon of members and it began loosing its prominence. They were an early publisher of tricolor postcards depicting art work from their shows. While postcards containing nudes was still considered provocative in the United States, the same images were looking conservative in the face of Europe’s avant-garde.

Another stamp appearing on the back is of Noyer Studio (1910-1940’s)
from Paris, France. According to Metro Postcard's website, Noyer Studio was "a large photo studio supervised by the well known photographer Alfred Noyer. Many of his early cards were photo reproductions of drawn, painted, or sculpted artworks printed in halftone lithography. He also produced illustrated photo cards of the First World War, many with heavy patriotic or allegorical themes. By the 1920’s he began producing cards of children and women, many of which were nudes or risque images. His boldly hand colored seaside figures became his most recognized style. Many of his photos from this time were heavily toned in blue or sepia. Noyer was a member of the Salon de Paris. He photographed paintings for the Salon and other institutions for the production of art cards. While many cards carry his distinctive logo or his name, others are just marked AN."

The front has a photograph of a ballerina by H. Siret with the number 5336 and AN (Alfred Noyer) Paris. I'm dating this as being from the early 1900s because of the dates of operation for Noyer's studio and because of the prominence of the Salon de Paris from the mid-1700s to the late 1800s.