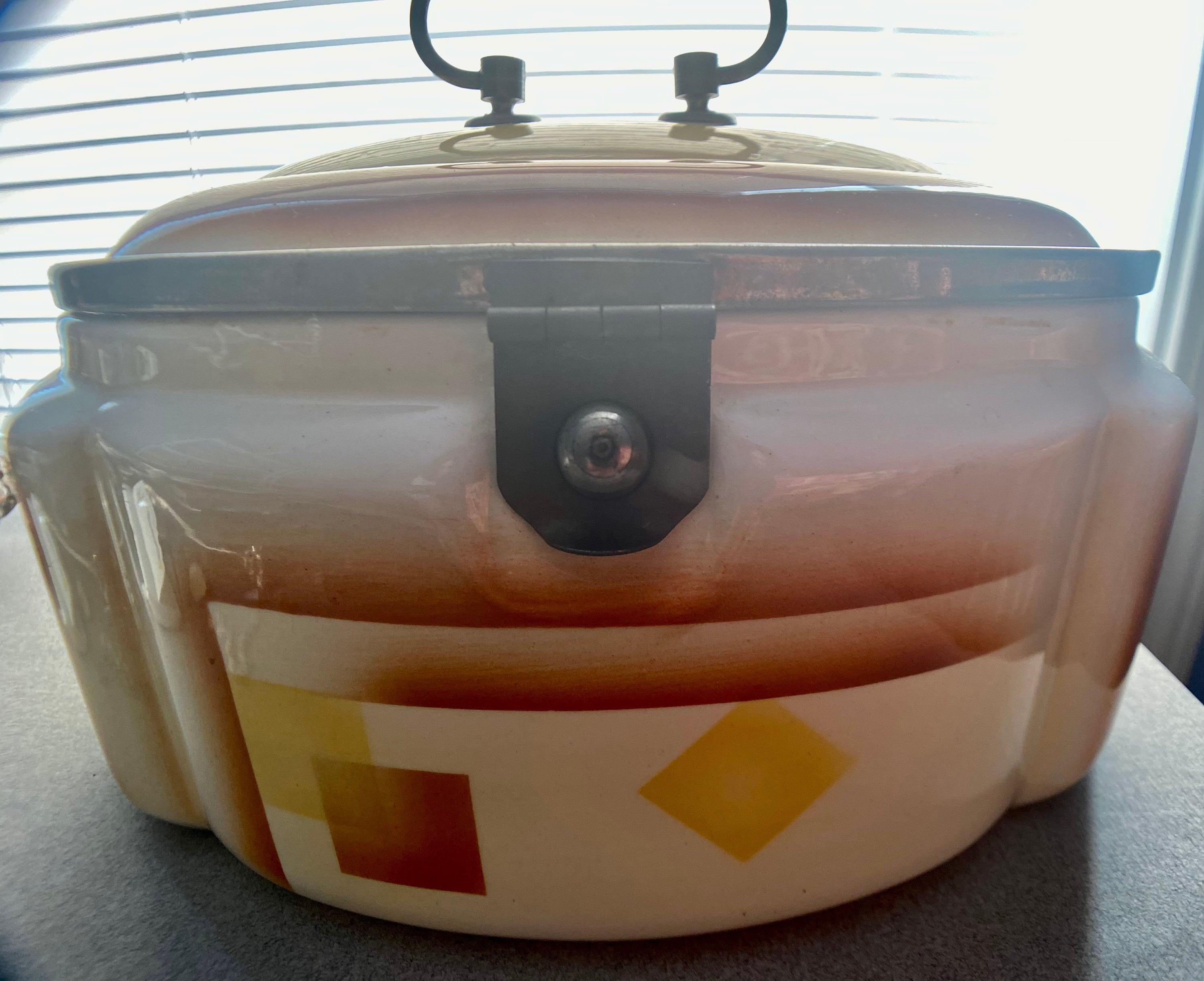 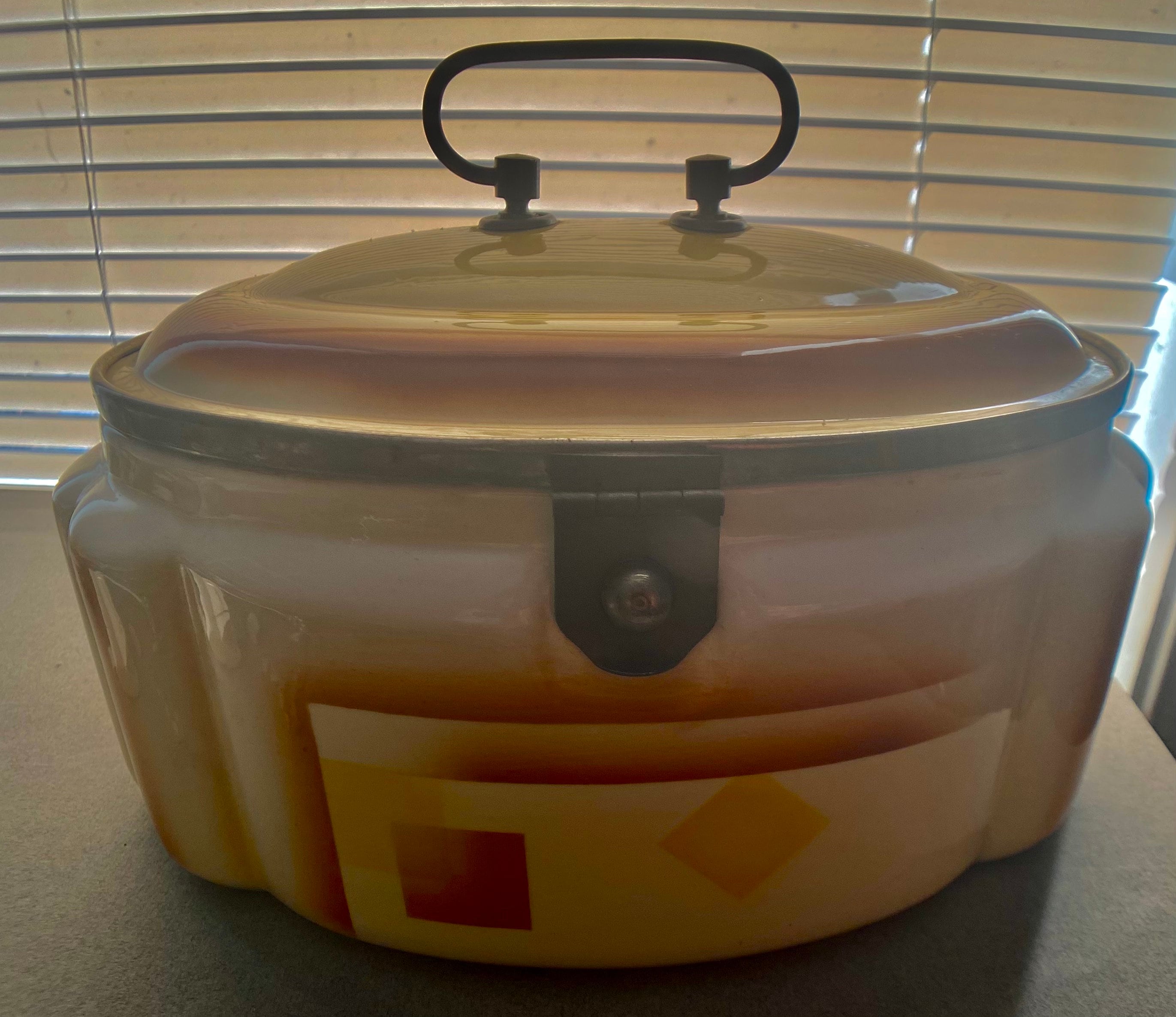 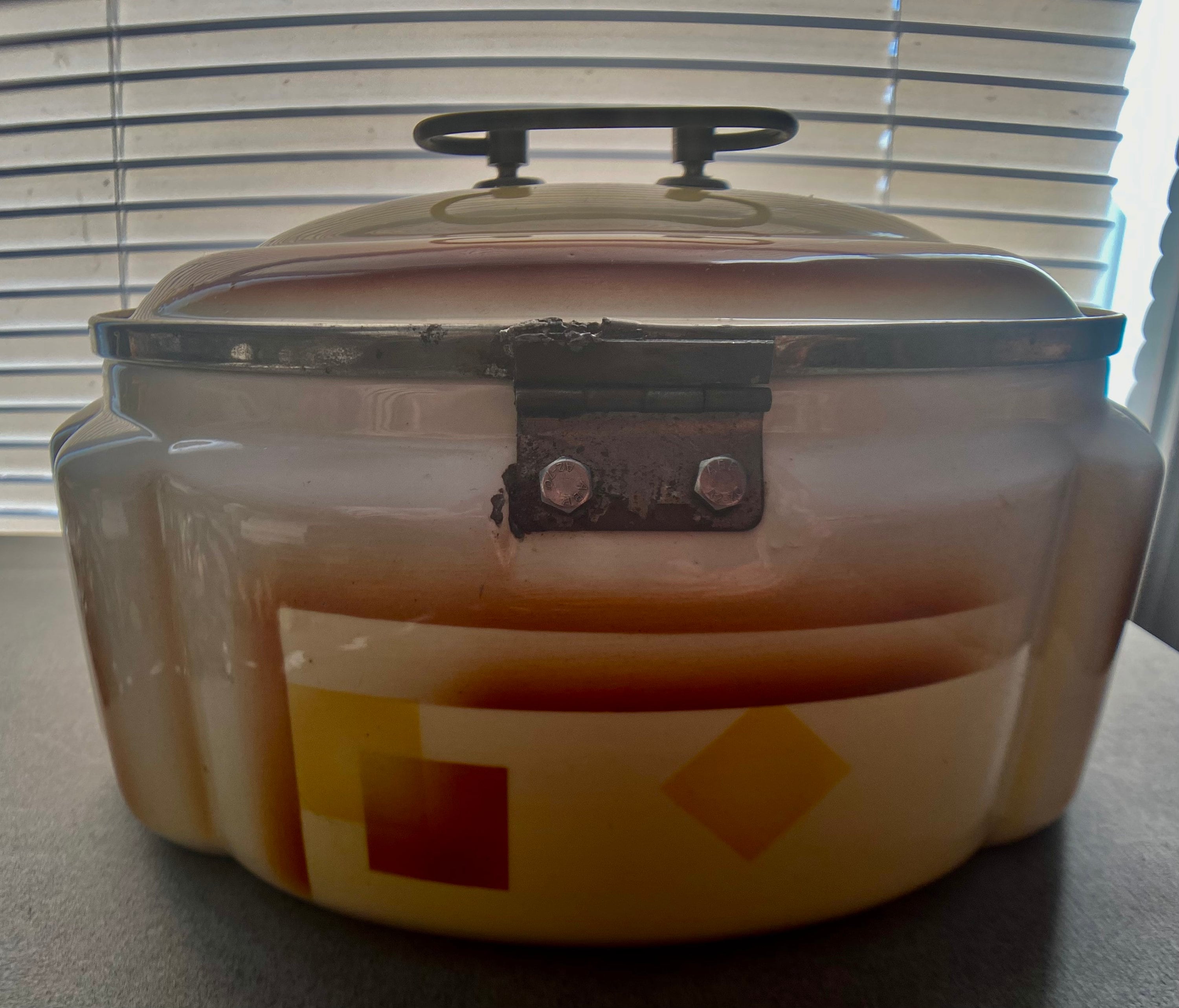 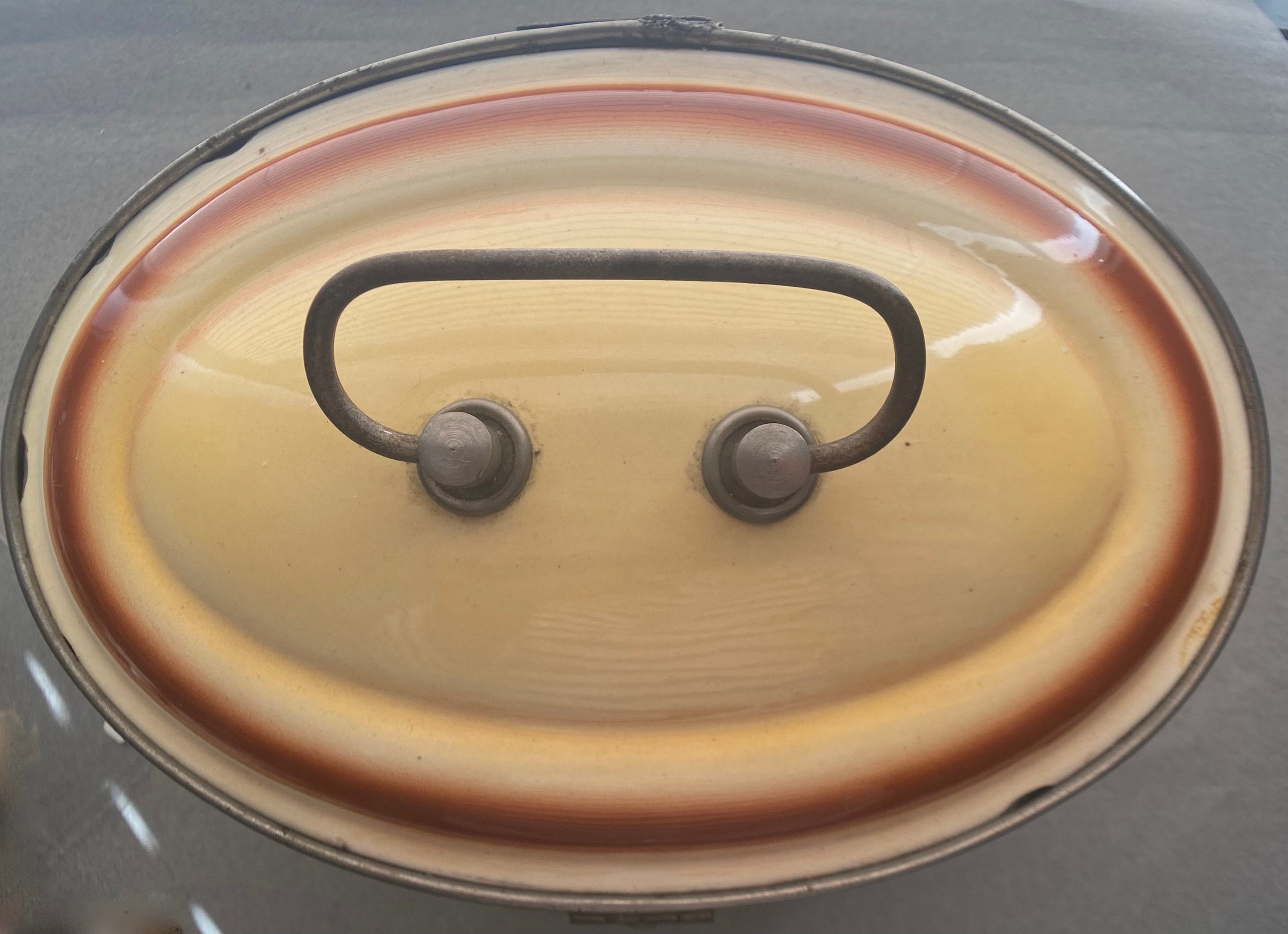 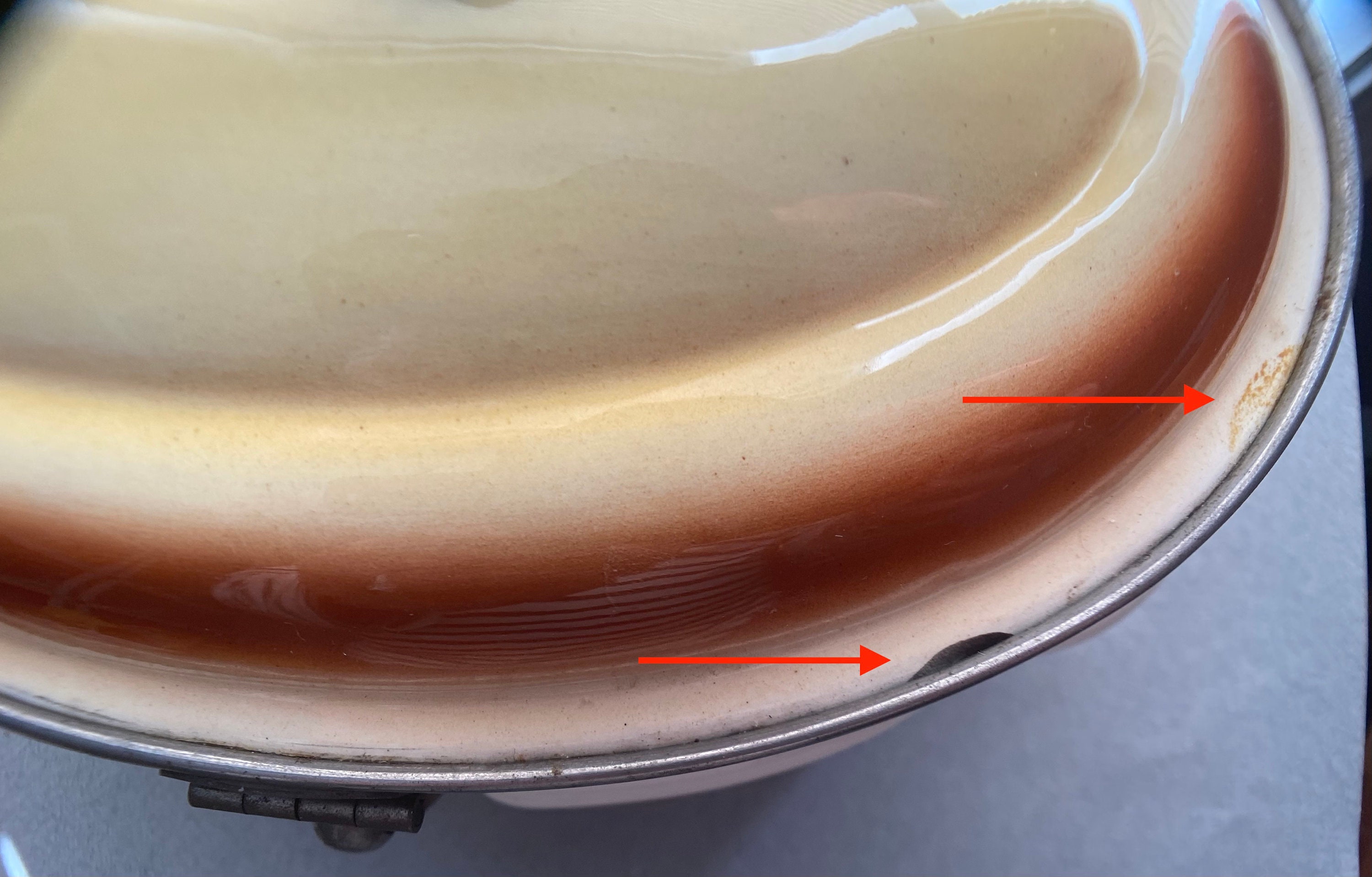 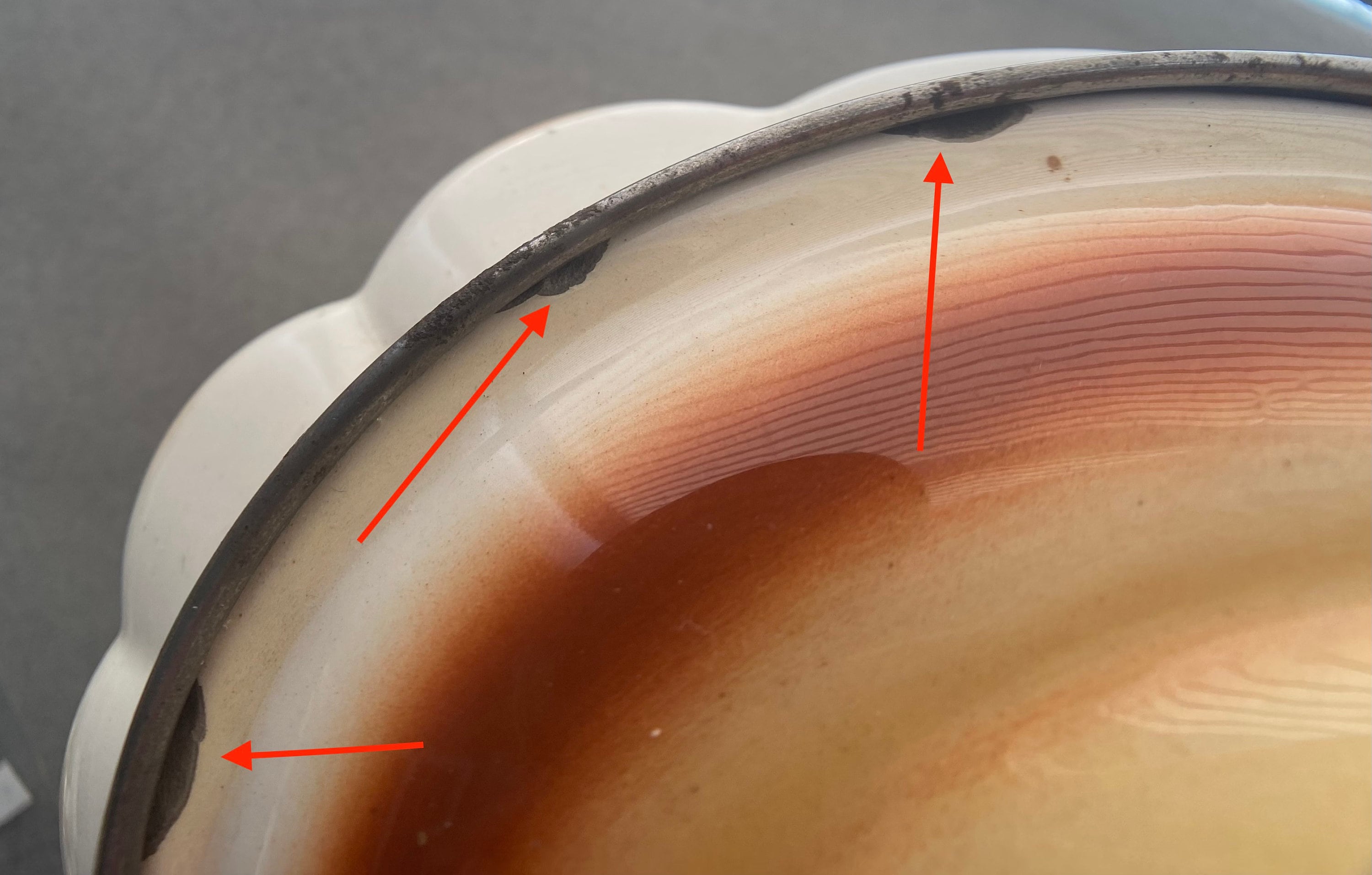 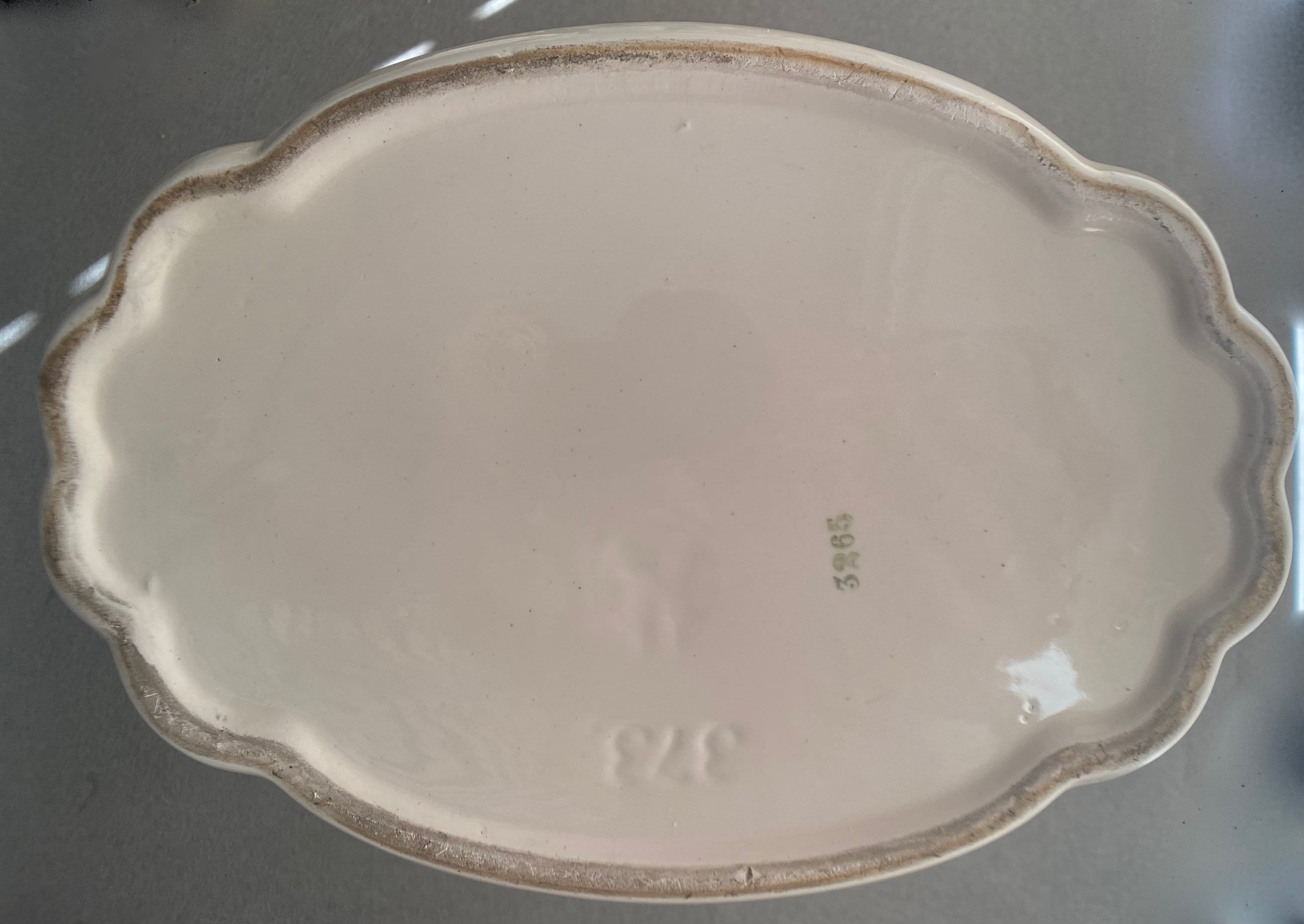 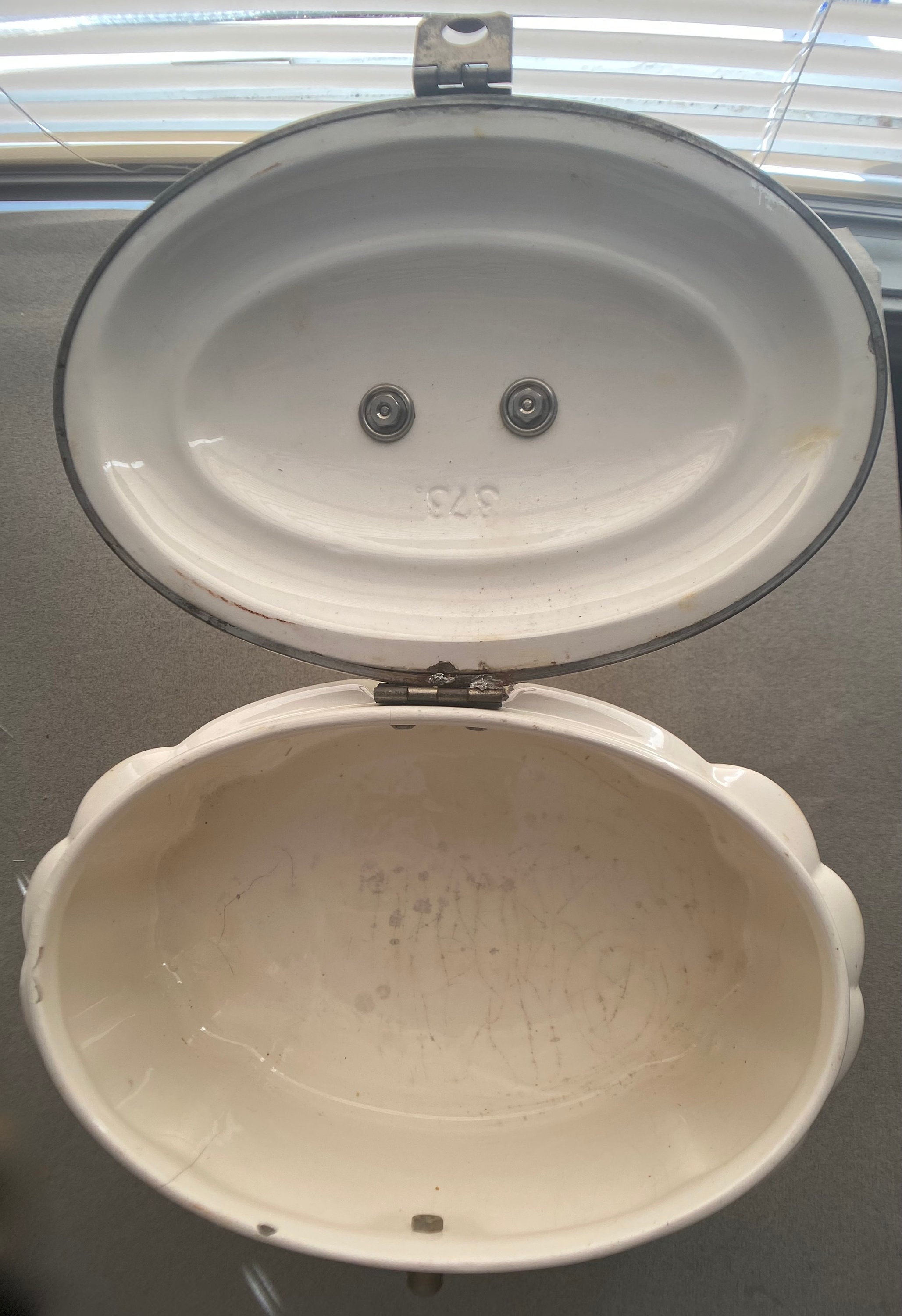 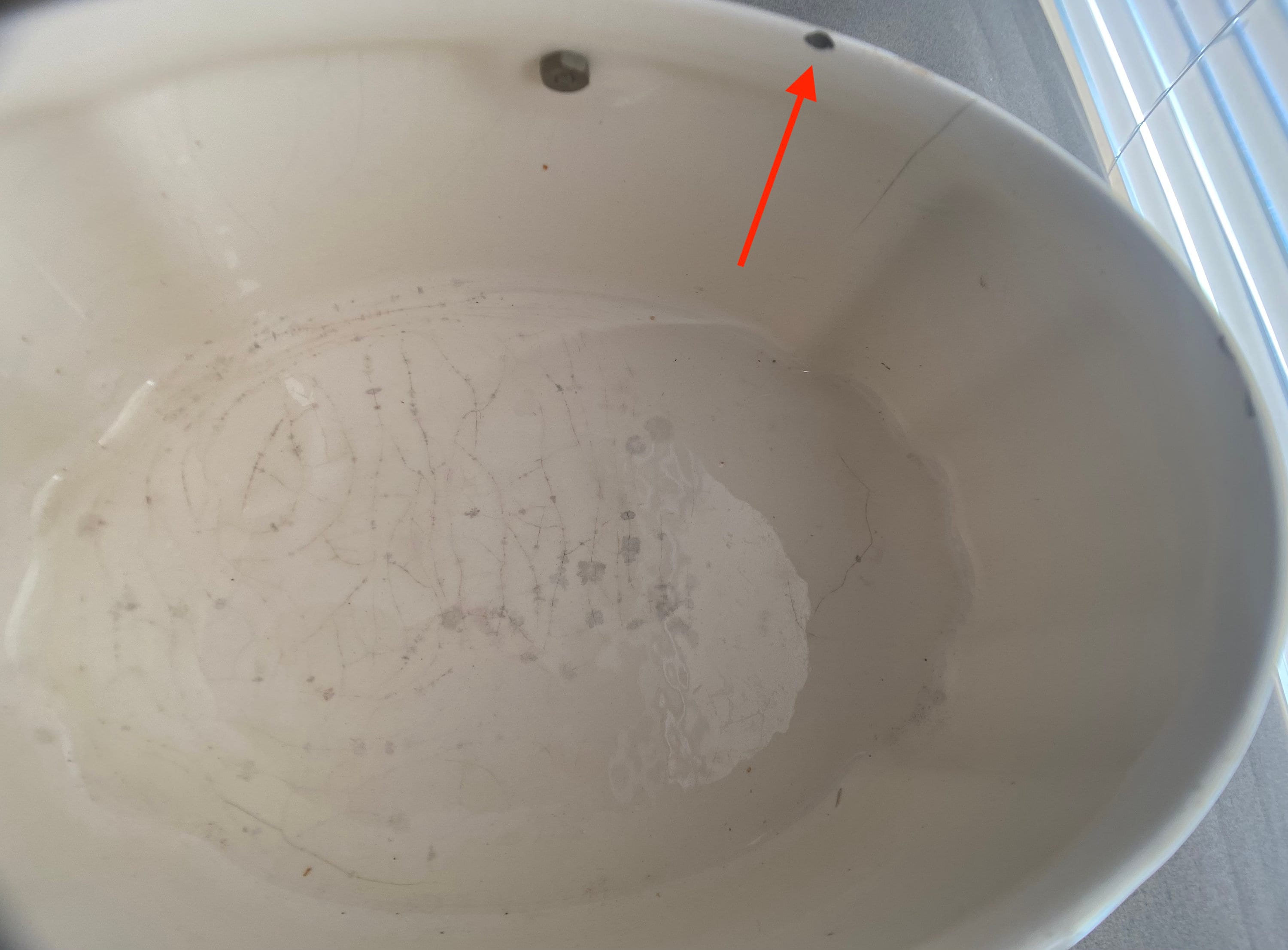 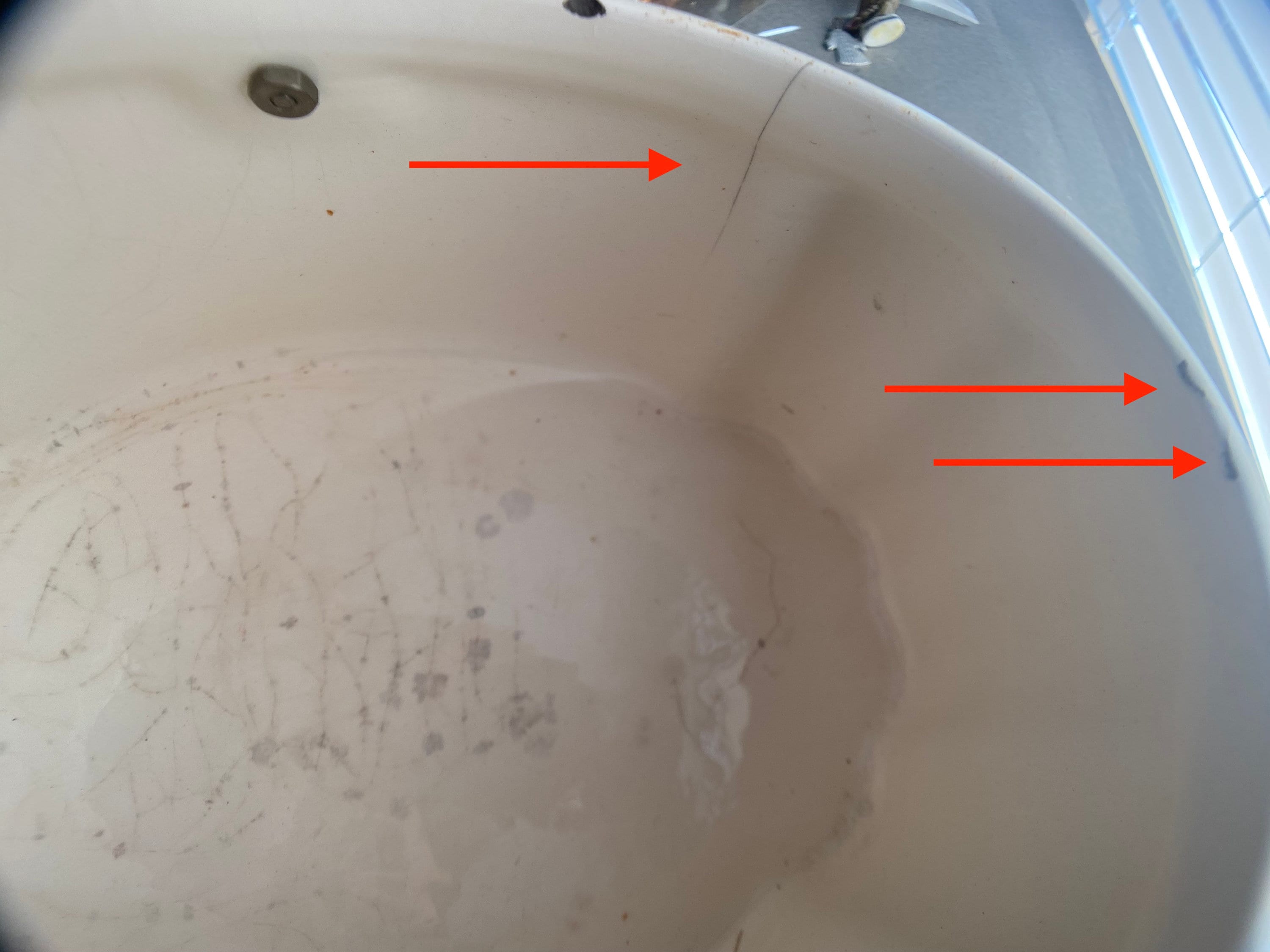 This European faience biscuit box is tin-glazed in an Art Deco motif and is circa 1920s-1930s. The base measures 8.75" x 5.75", and the height, not including the handle, is 4". The inside depth is 3.5". The lid opens and closes securely, and the handle is securely attached.

The issues described below are numerous, and while they're not glaring to someone casually observing the box, I strive for accurate descriptions/representations in all of my listings. For this reason, I will list every area of concern, even if minute.

*****Condition- Please note that the first two photos show the front of the biscuit box. The third photo shows the back of the box, which has paint loss/chipping around the back of the hinge, the latter of which looks rough as if it is missing metal or has been repaired. The fourth photo shows the top of the lid, and the fifth and sixth photos show close-ups of four chips (Two of the outer lid chips measure ⅜", and the other two measure ¼" and ½".) present on the lid of the box between the metal band and the lid. There is also a stain shown in the fifth photo. The seventh photo shows the underside of the box with an illegible maker's mark and two numbers. The eighth photo shows the interior of the lid and box. The ninth and tenth photos show the interior issues, which is one area of chipping that measures 3/16", a couple of scratches, a hairline crack on the edge and crazing, hairline cracks on the bottom, and discoloration on the bottom.

*****There are two areas of chipping inside the lid. They measure ¼" and ⅝". There is a flea bite on the outside of the box on the side. It measures 1/32". There are a couple of other minute marks on the back of the box, and while I do not believe they mar the beauty of the box, please request photos of these areas as well as any other areas of concern before you purchase the box. Because of the photo limit, I am only able to post 10 photos, and I chose the ones with the most obvious areas of concern.

*****Again, please examine the photos and do let me know if you would like more as I'll be happy to oblige.

Lastly, even though there are numerous issues described, these do not detract from the overall beauty of this vintage piece.


Thank you for looking.