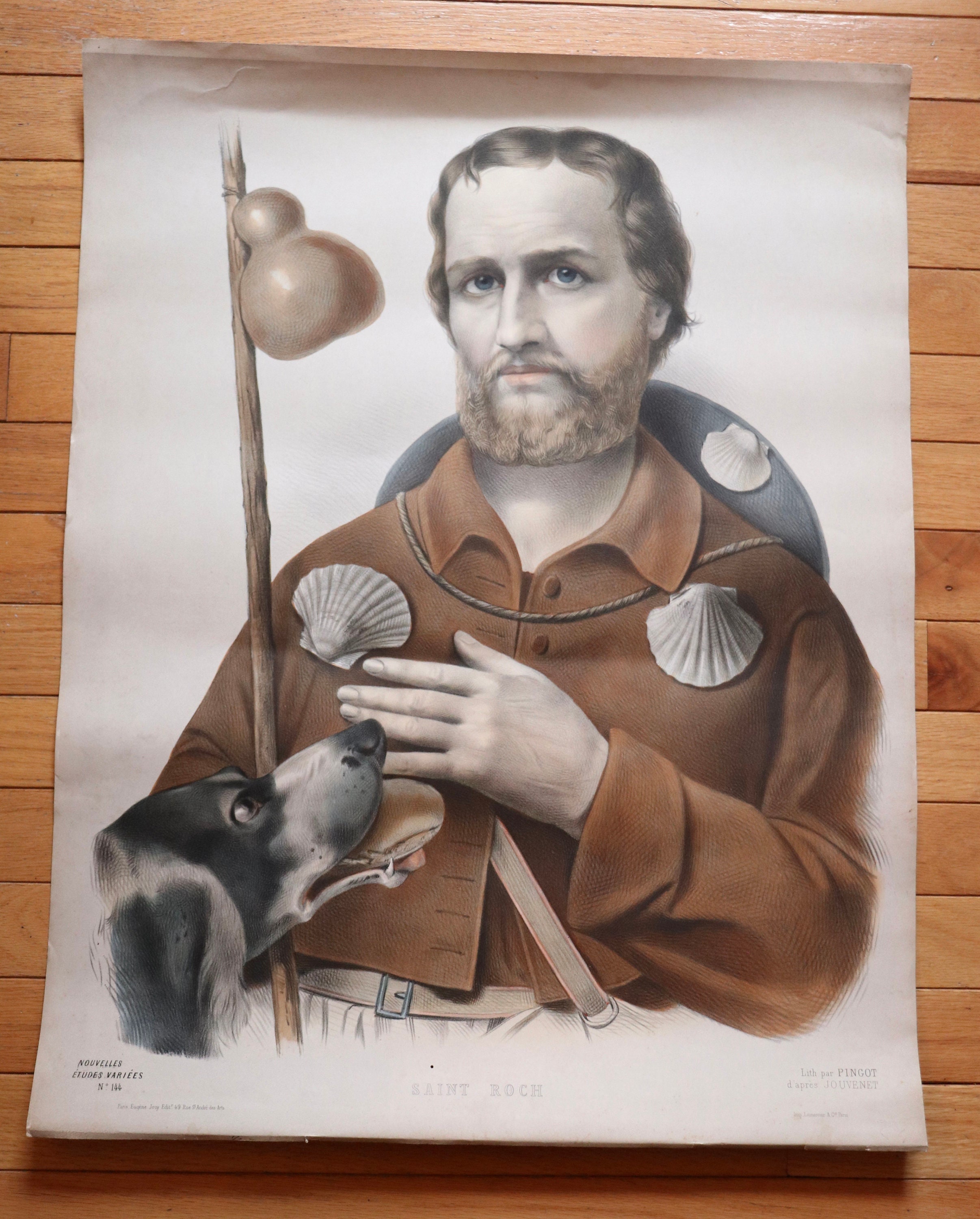 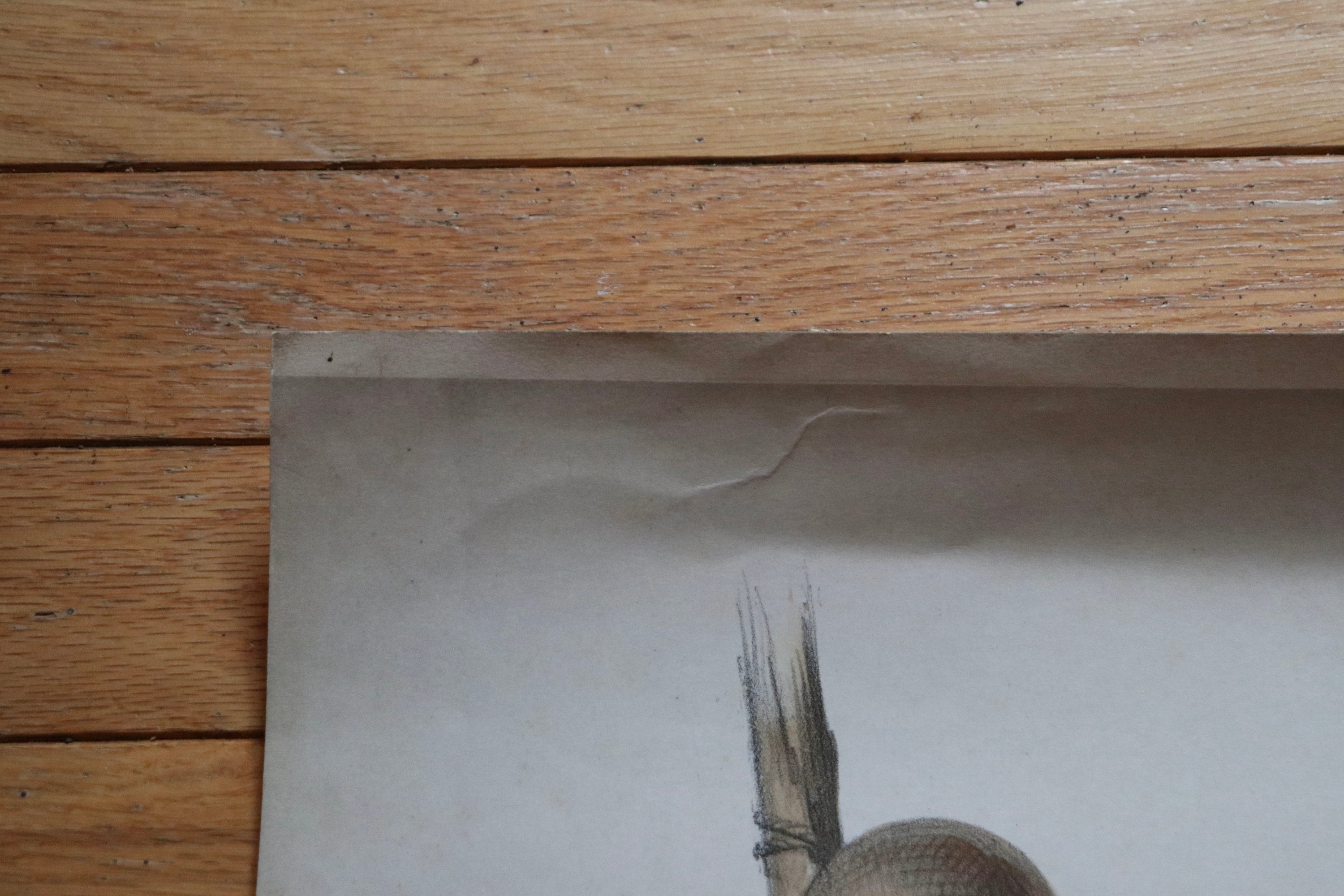 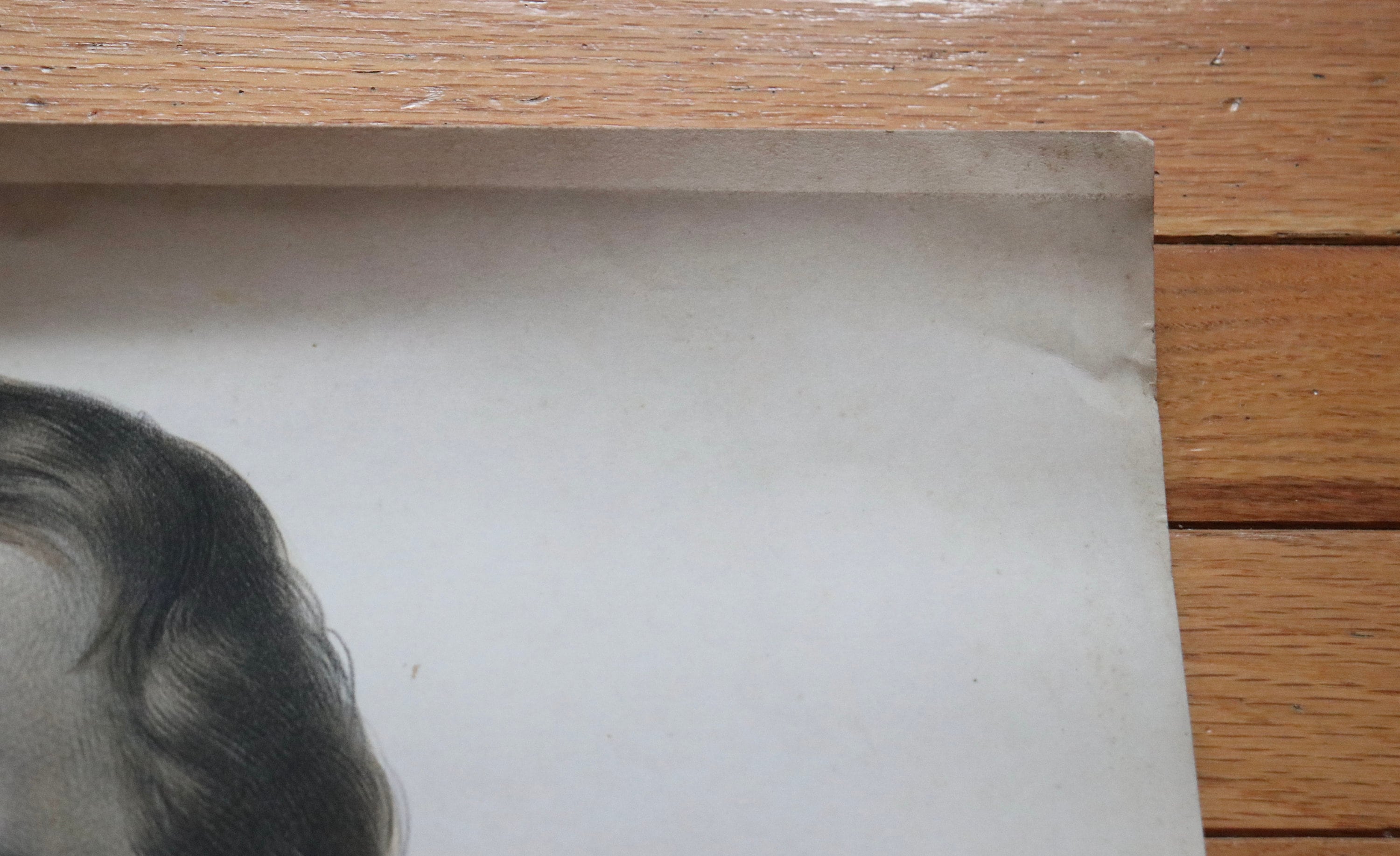 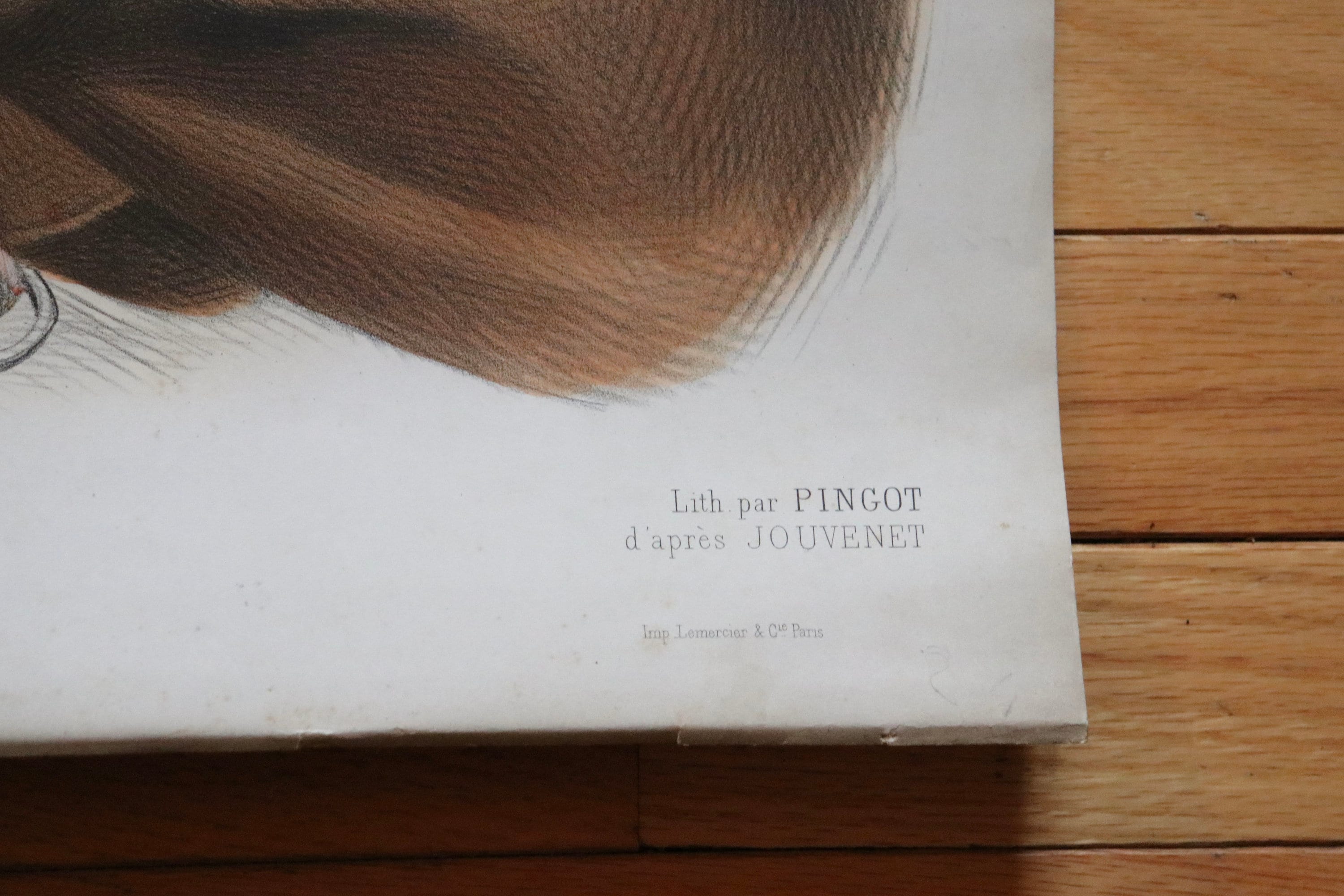 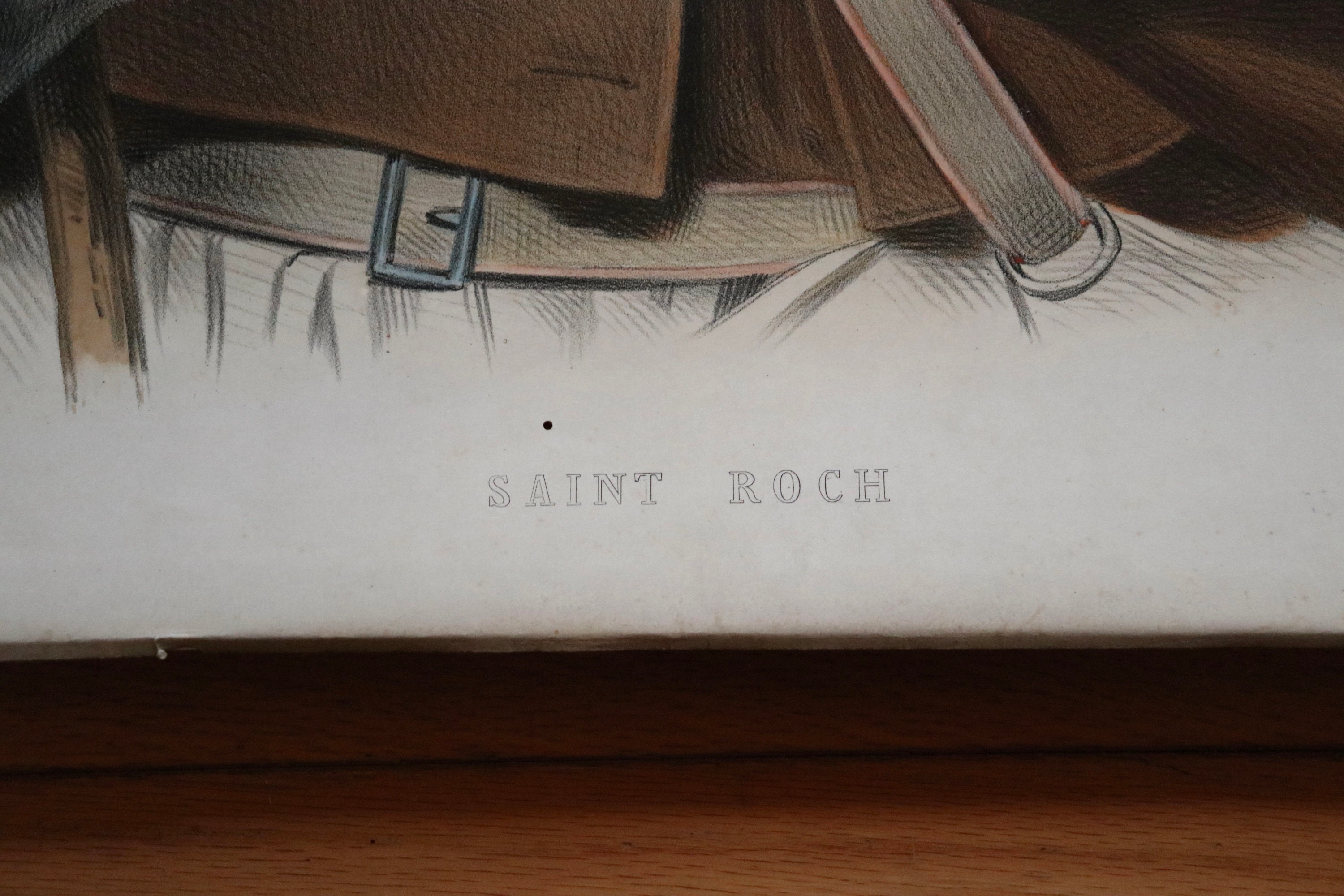 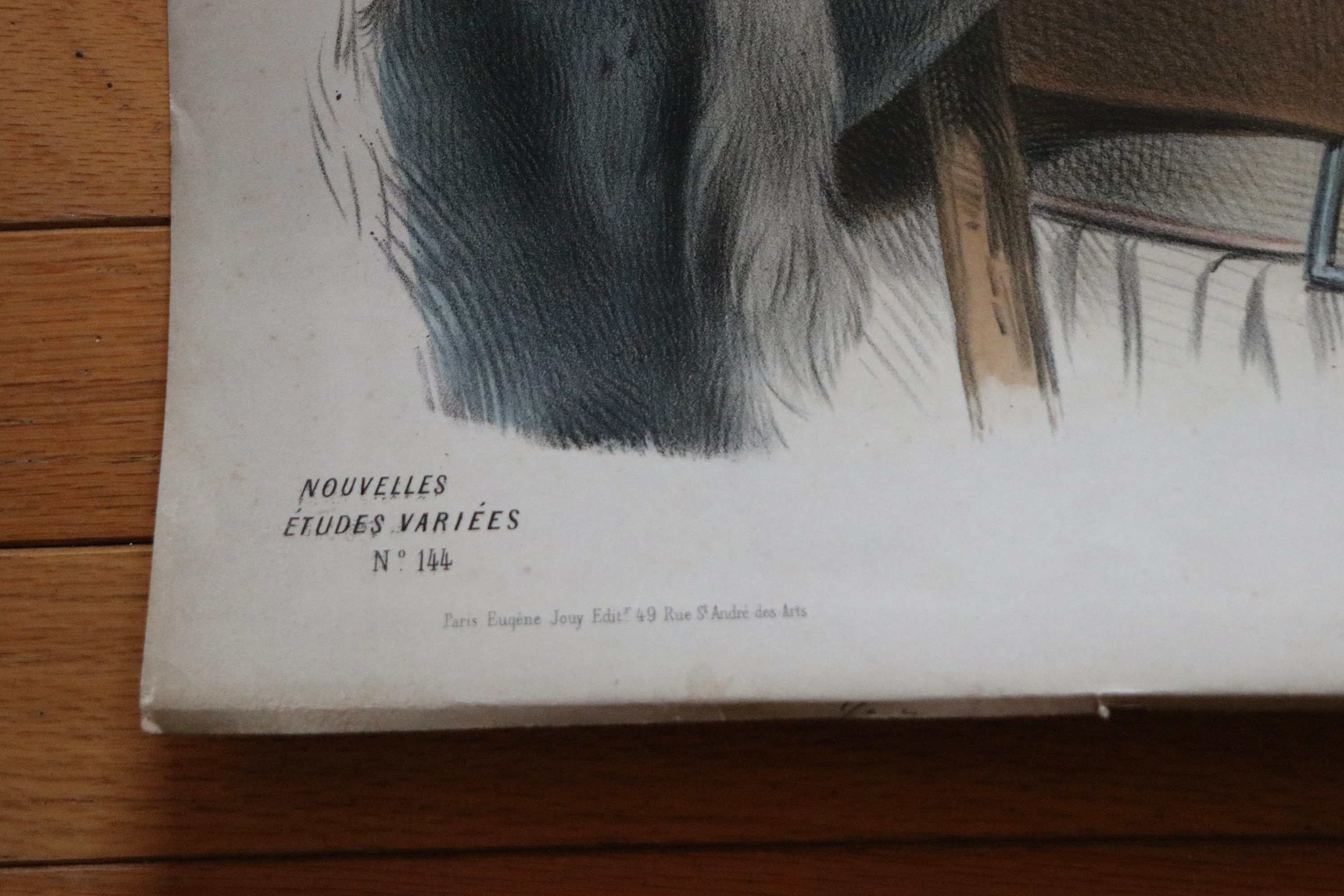 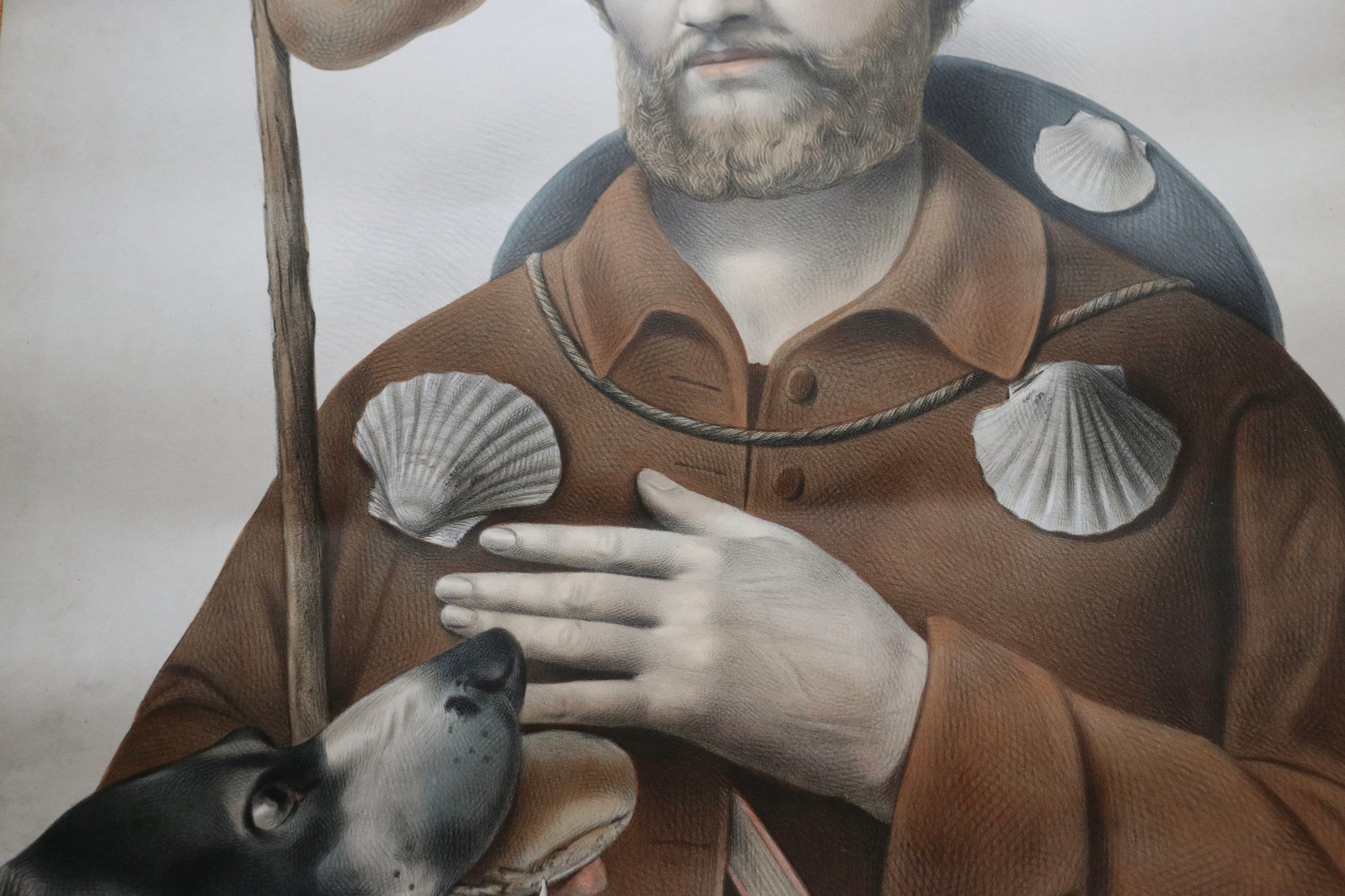 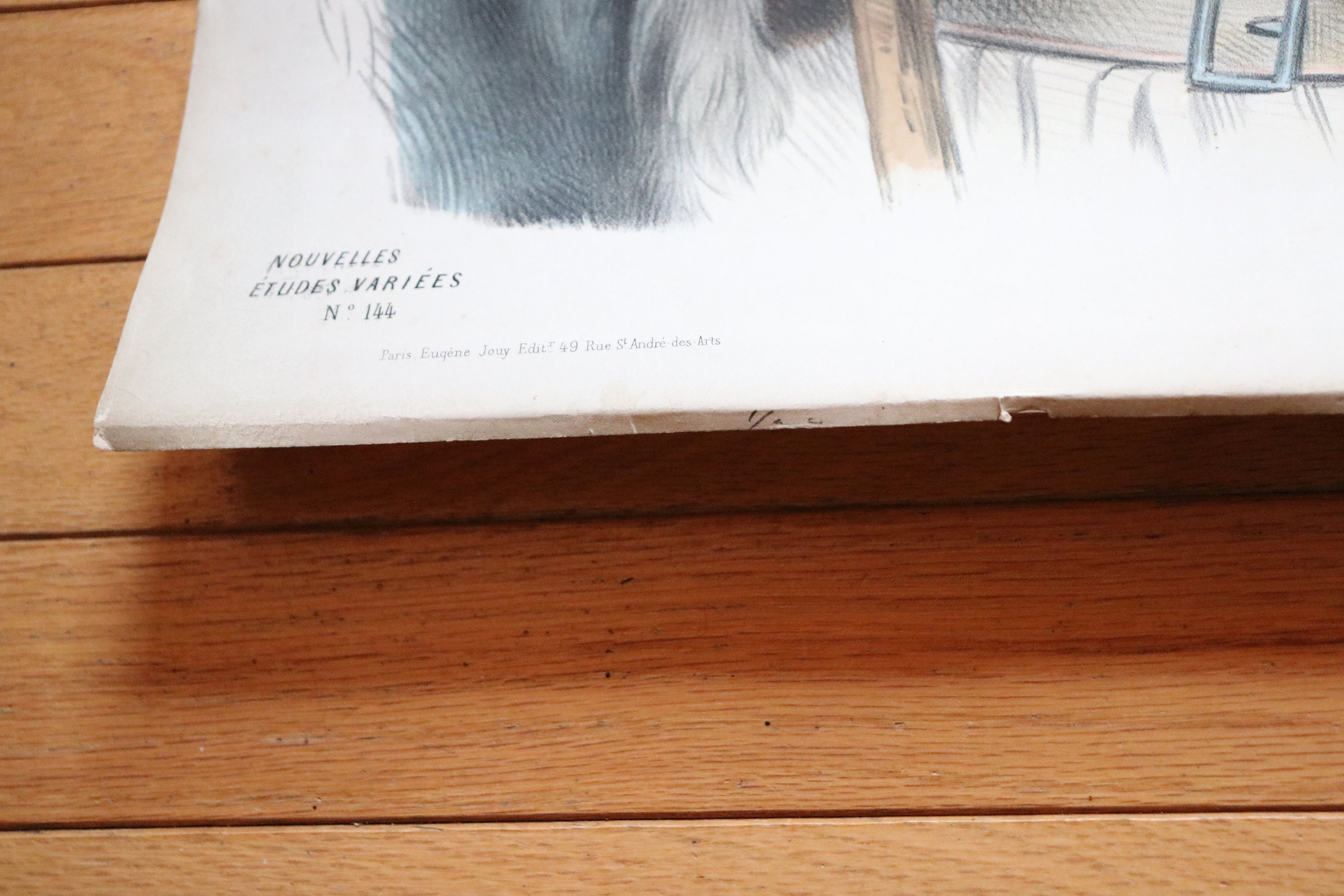 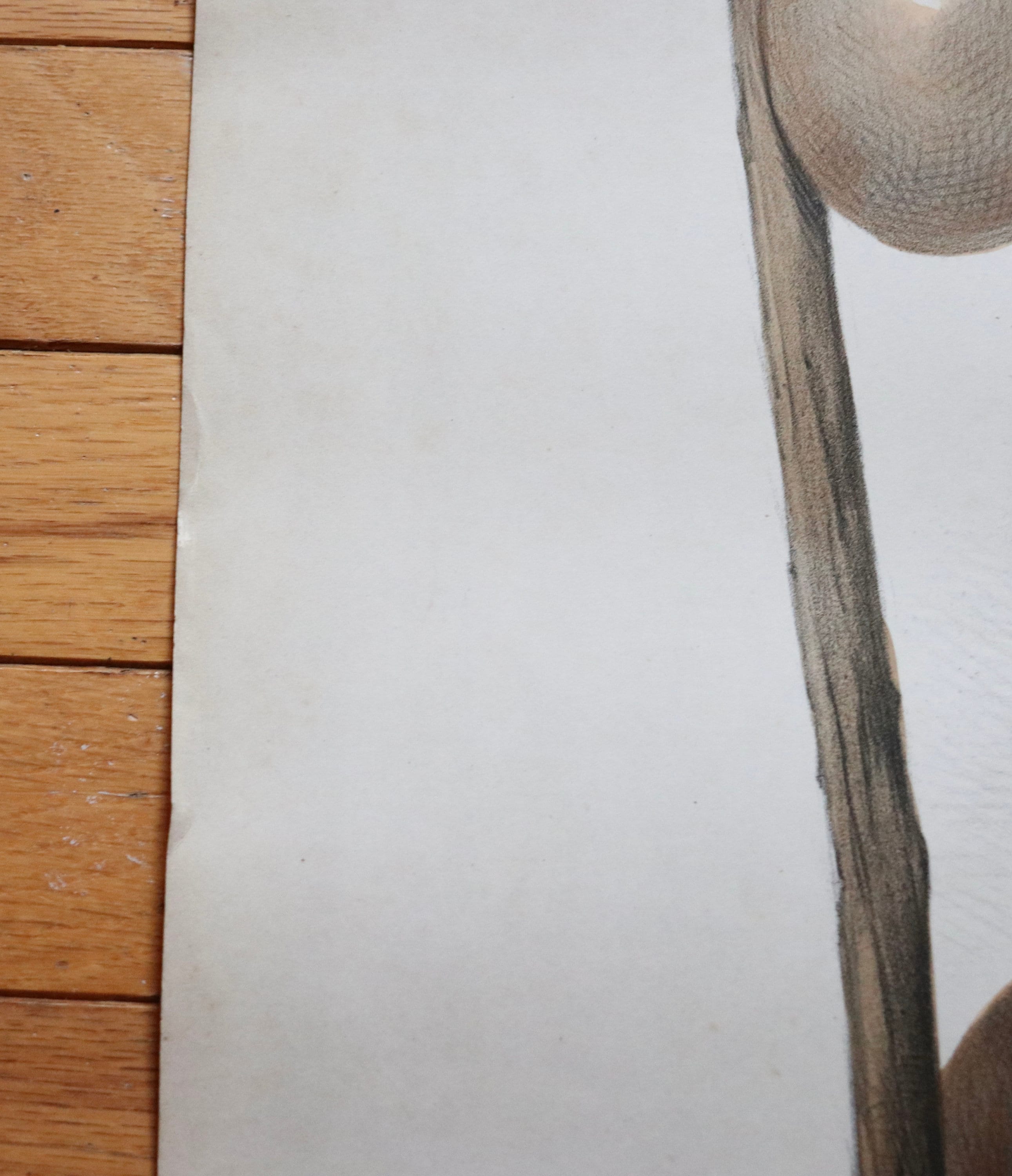 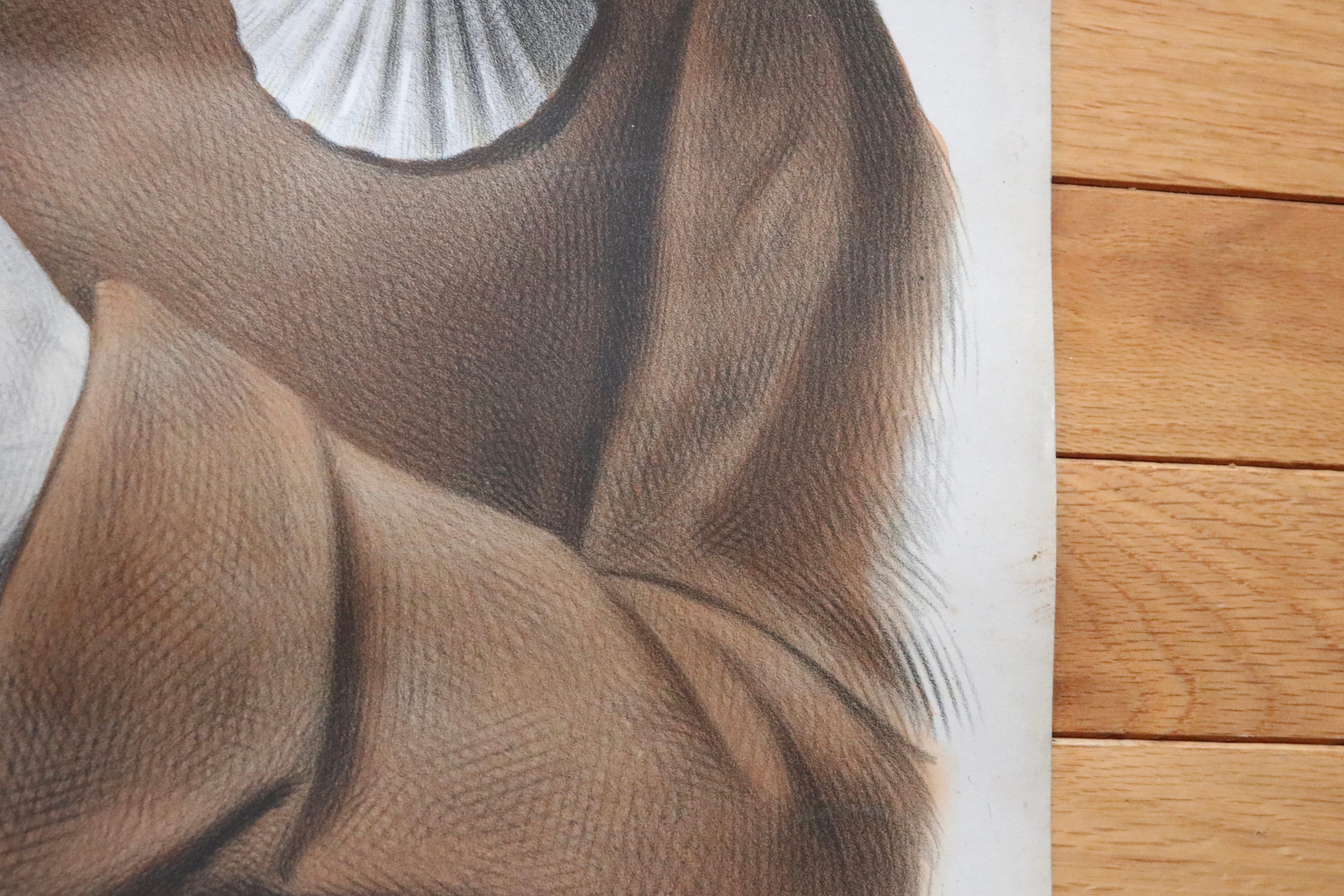 French Lithograph of Saint Roch, by Pingot after Jouvenet, Printed by Lemercier and Cie of Paris, Circa Mid-1800s

This French, color lithograph of Saint Roch by Pingot after Jouvenet is circa mid-1800s and printed by Lemercier and Cie of Paris, active between 1827-1899. The publisher is listed as Eugène Jouy of Paris who operated in the mid-1800s.

Dimensions are 66 cm x 52 cm. This is a large lithograph.

Please note there is creasing along the edges as well as on the front of the piece, the latter most notably from the lithograph being rolled for storage. There is also discoloration on the front owing to age and a small hole between the "a" and "i" in "Saint."

Saint Roch is a Catholic saint also known as "Rock" in English or "Rocco" in Italian. His name is most popularly involved against plague, and he is also the patron saint of dogs, dog owners, knee problems, surgeons, invalids, bachelors, diseased cattle, and against cholera, plague, skin rashes and diseases, contagious diseases, pestilence, and epidemics.

Symbolism: The scallop shells are symbolic of the pilgrimage to Saint James' shrine in Compostela, Spain. There is actually a Saint Roch chapel on Via Podiensis on the Camino de Santiago in Auvergne, France. The dog with bread in its mouth was what saved him (along with an angel) from plague after he contracted the illness while ministering to the infected. He was determined not to be a burden and entered a forest in Piacenza where the dog appeared daily with bread for him.

Your lithograph will be rolled and mailed in a protective cardboard mailer, fully insured.