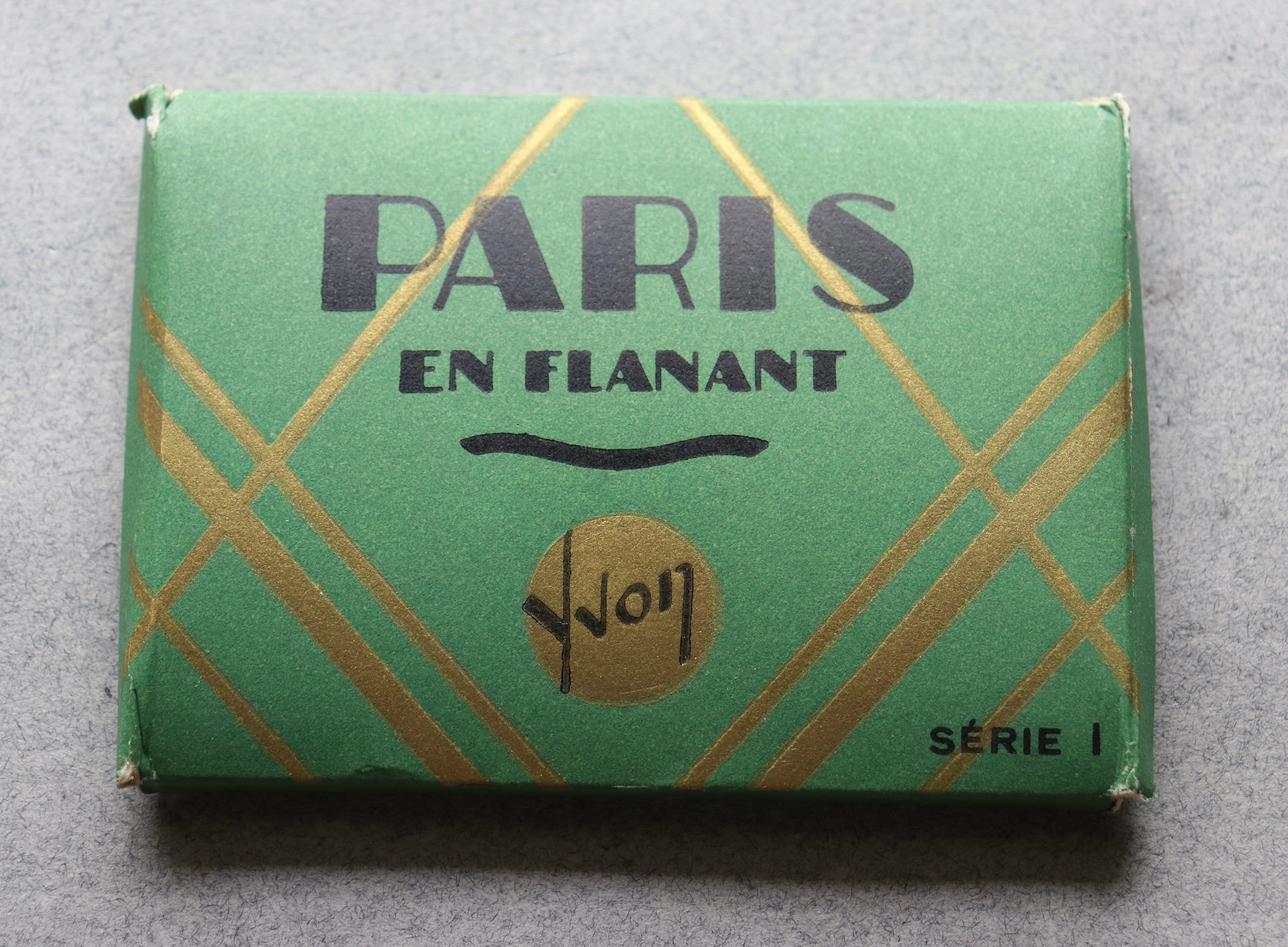 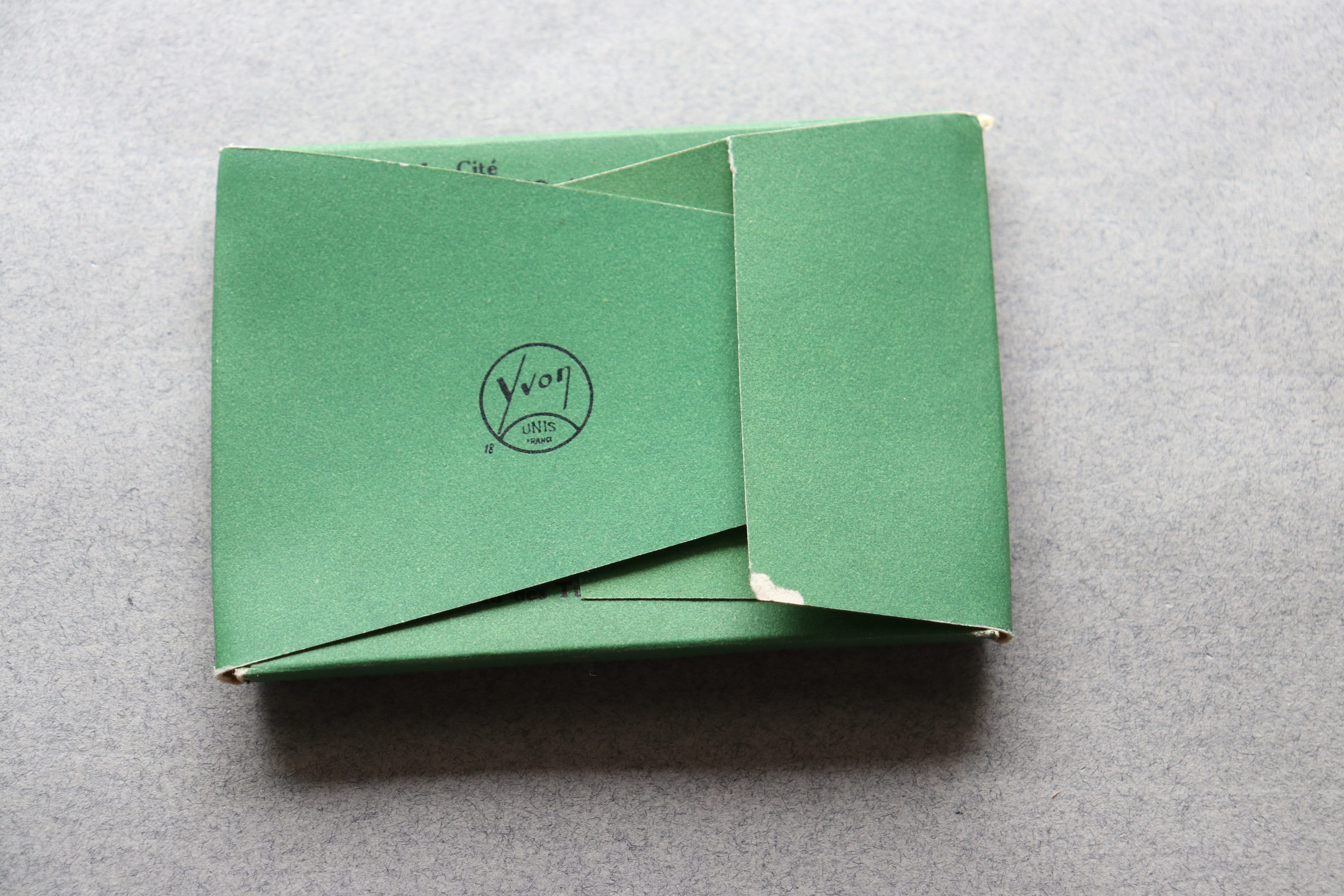 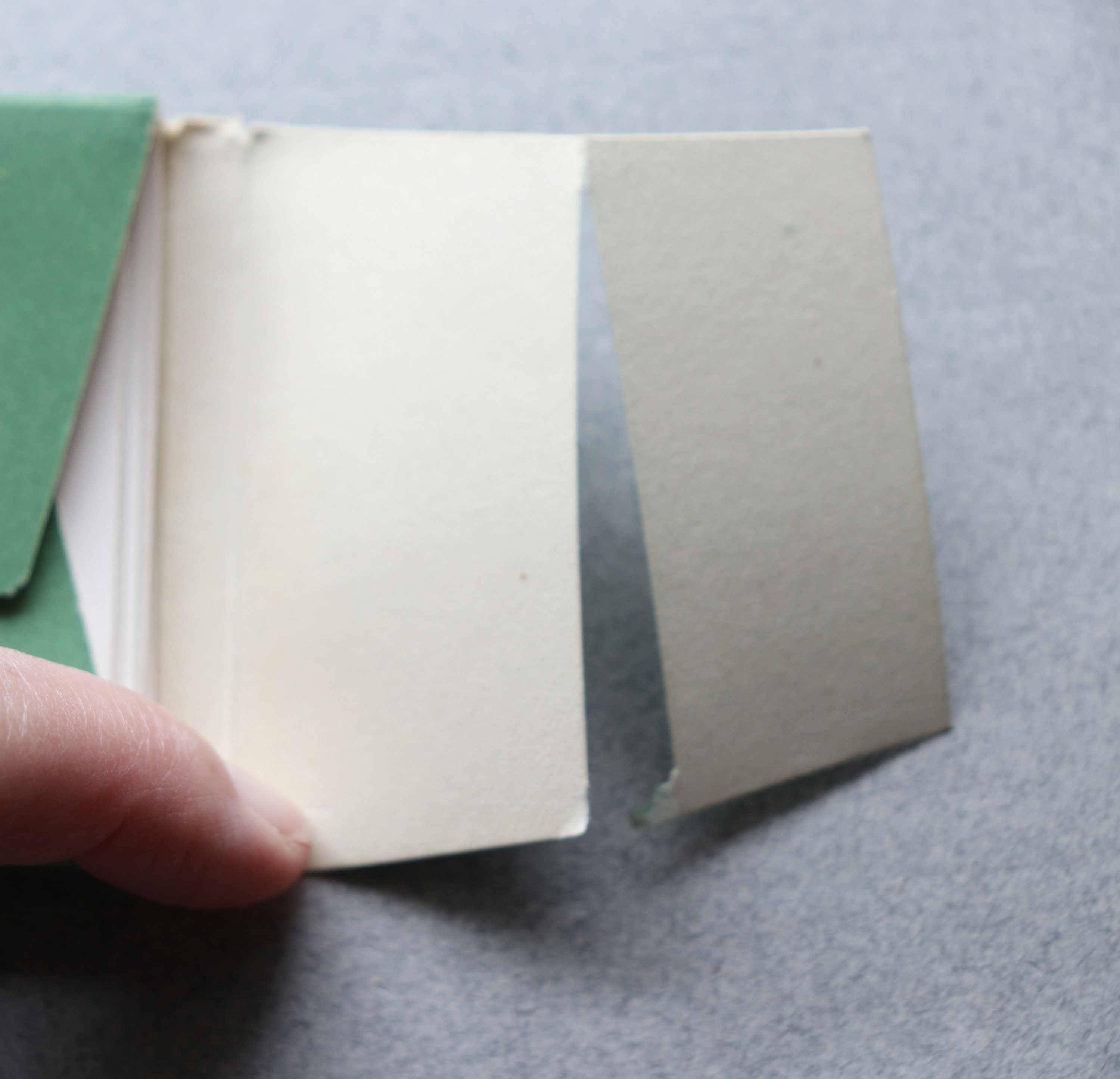 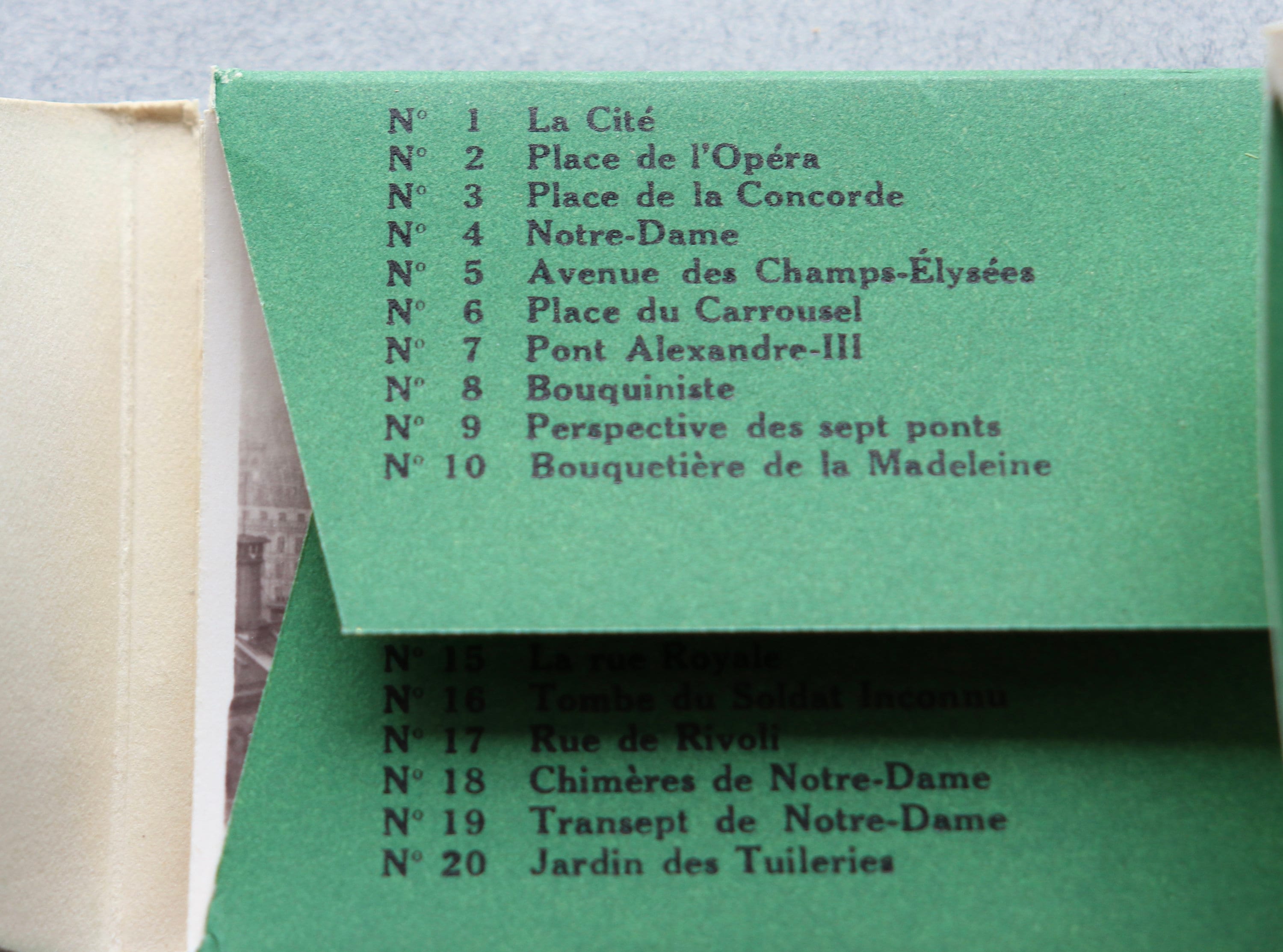 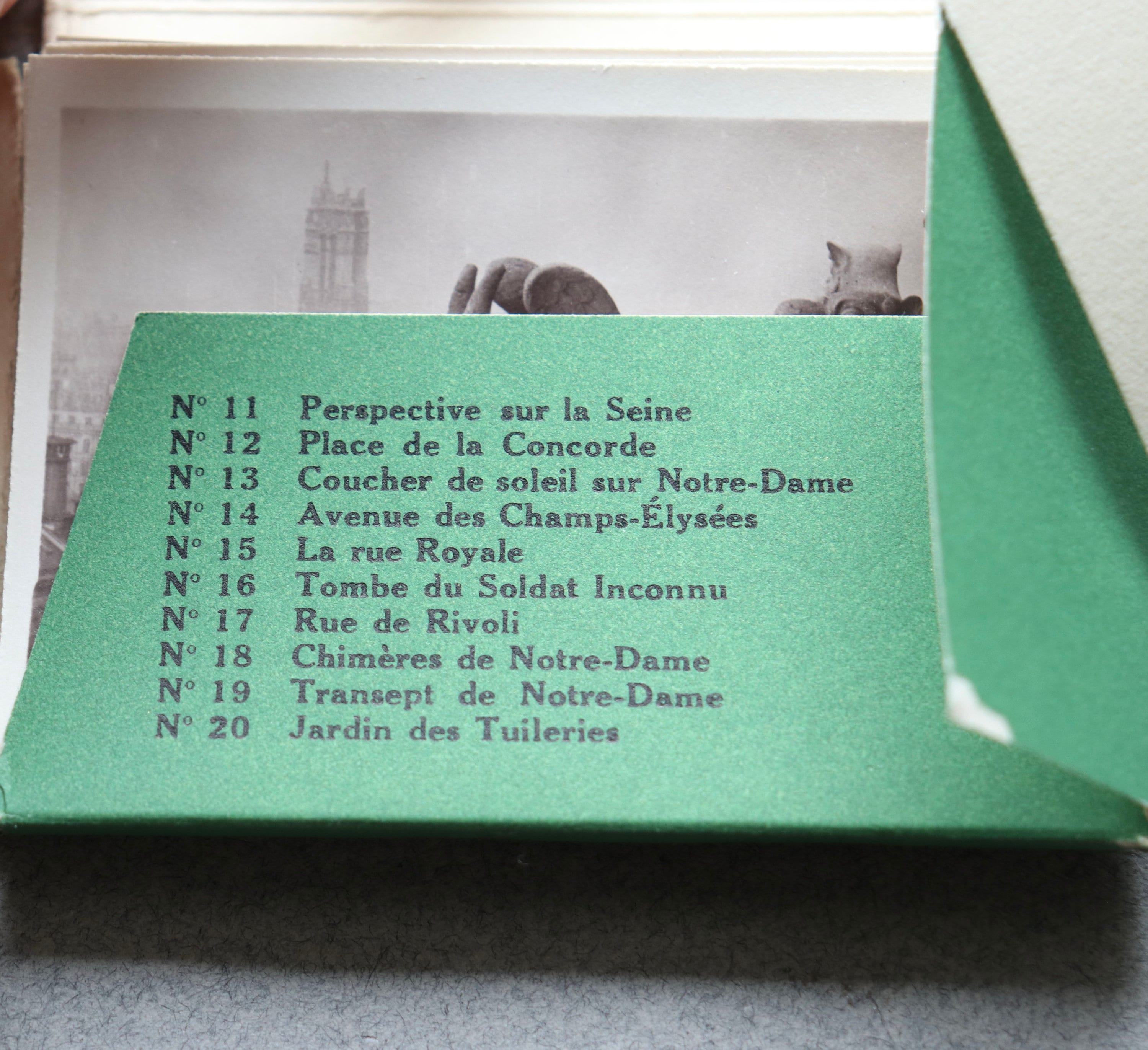 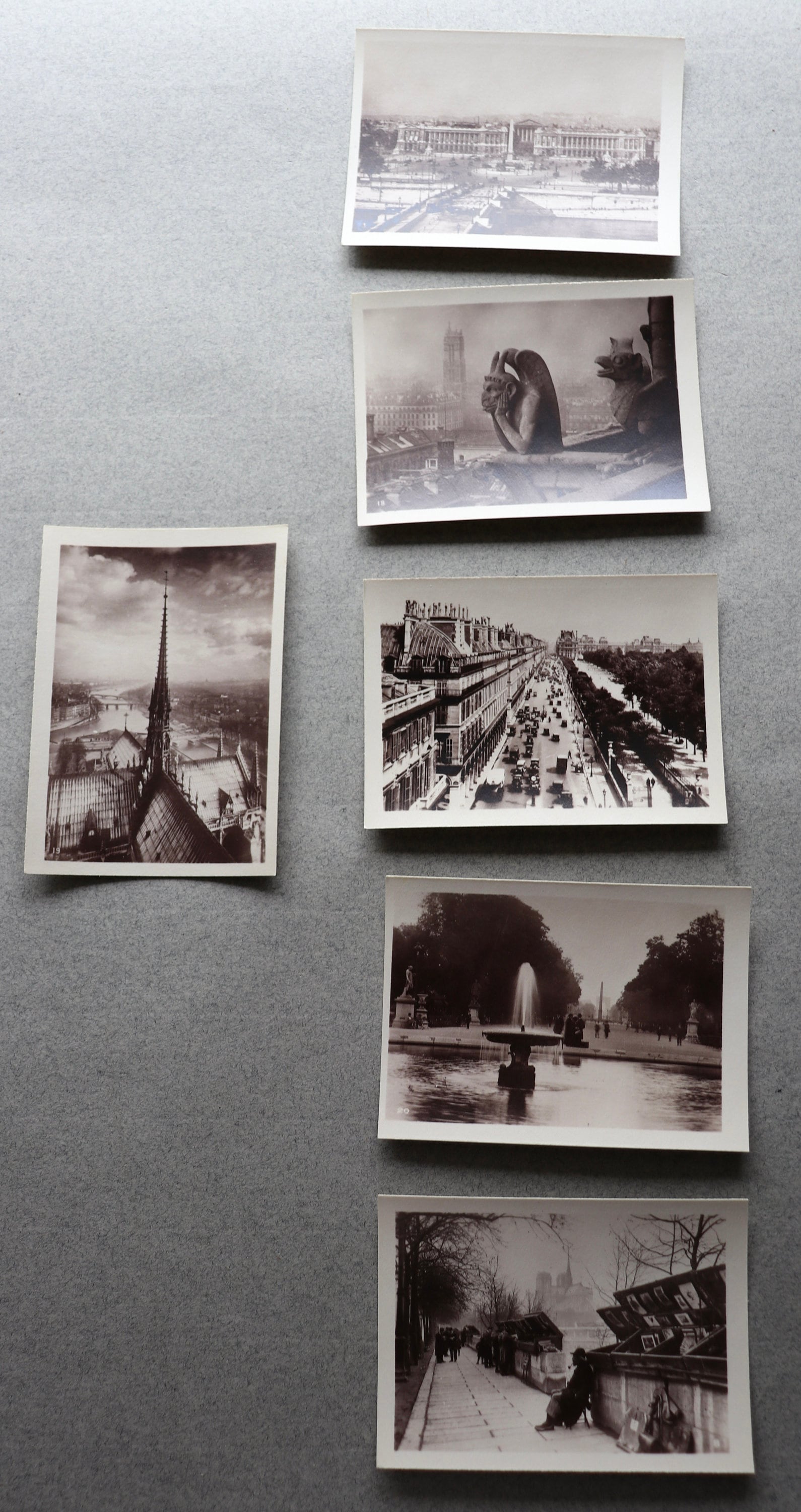 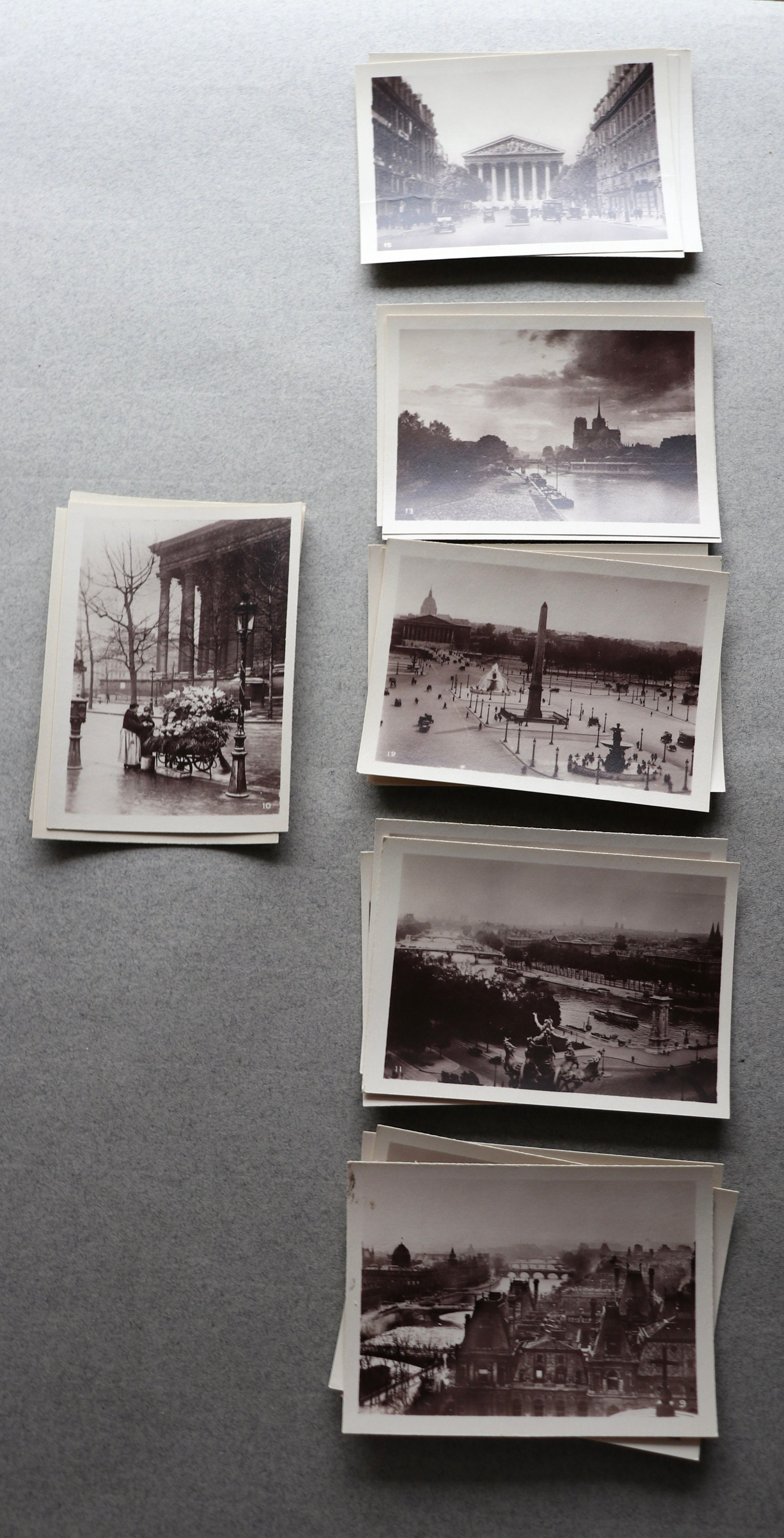 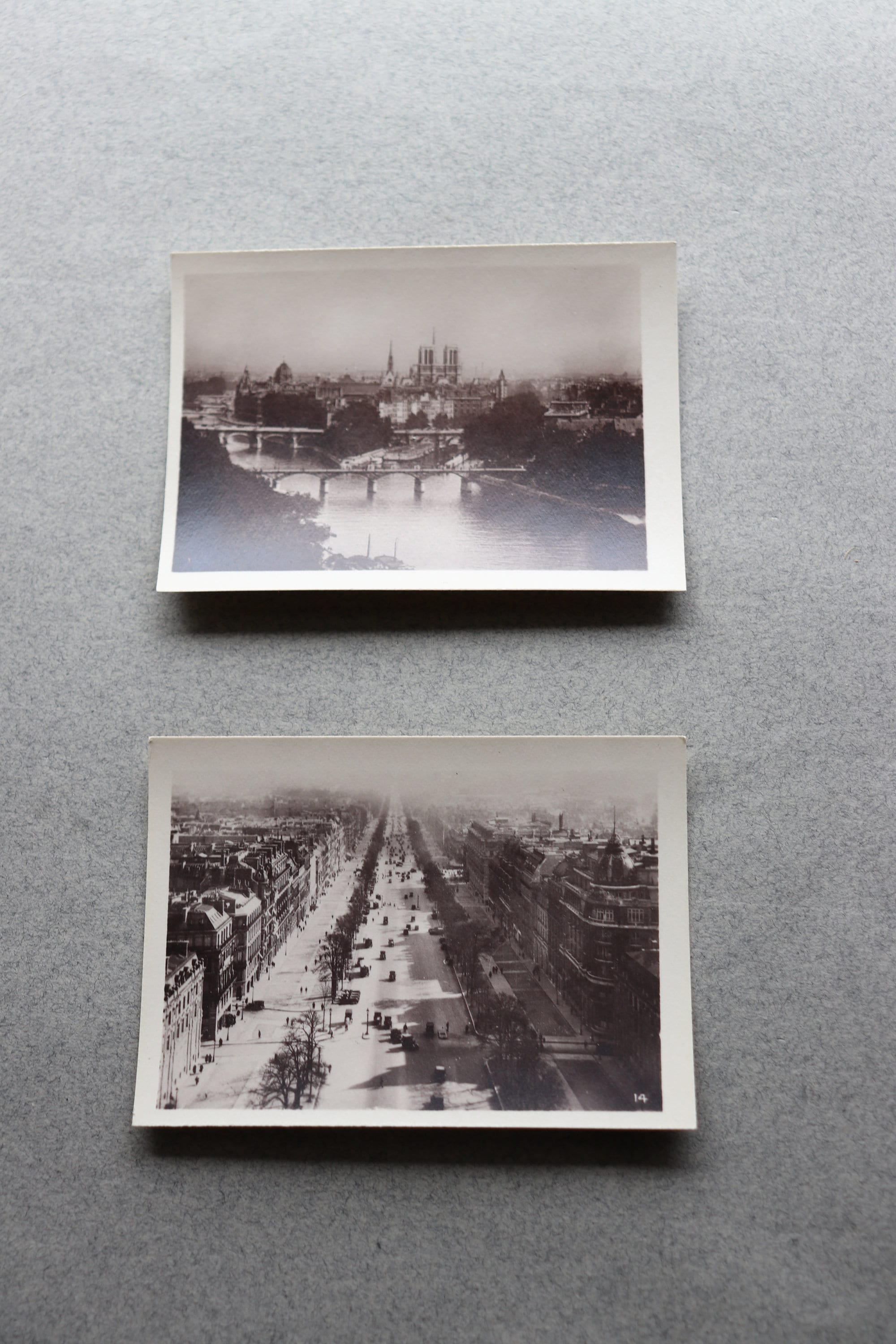 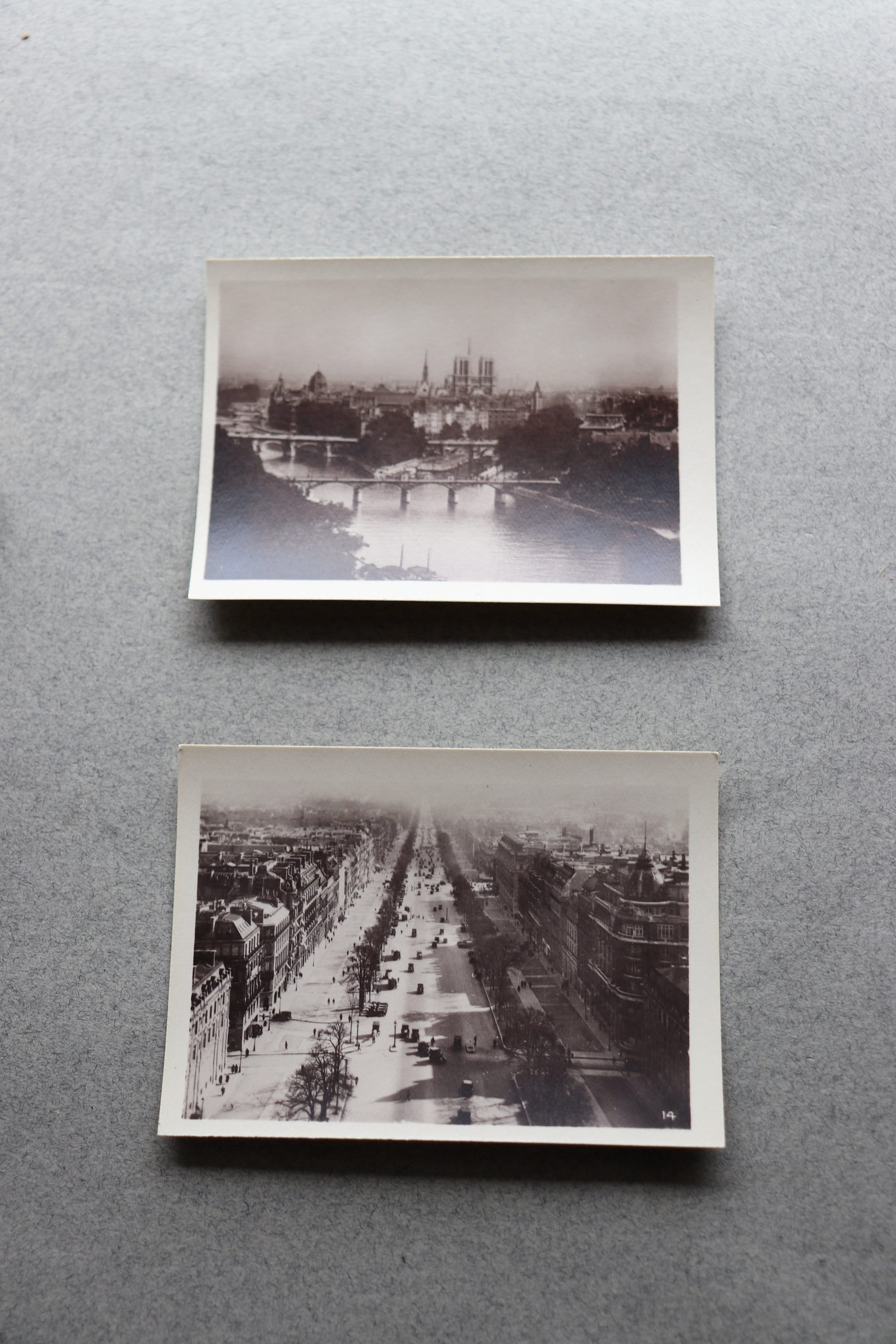 This Series One folio of photographs was produced by the French publisher Yvon. It is circa 1920s and contains 20 black and white photos with the photo information on the back flaps of the folio. The photos measure 3.5" x 2.5".

****The folio has wear, including a partially detached tab on the back. The photos, however, are in very good condition with only some bowing, which can be remedied by placing them beneath a heavy book or other object to flatten them.

Thank you to metropostcard.com for the valuable information on the publisher Yvon:

Pierre Yves Petit, better known simply as Yvon took up photography in 1916 and in three years he began publishing postcards of his images under the trade name Edition d’Art Yvon. His early postcards were printed as black & white collotypes but unsatisfied with the results he switched to a rich warm to sepia rotogravure in 1923. These cards were printed in series that were oriented toward tourists; the titles on the back often labeled in both English and French. While some of these view-cards depict very ordinary landmarks, many of Yvon’s cards demonstrate the eye of an extremely accomplished photographer. By 1937 some of these images were appearing on calendars.

In 1946 Yvon began to reproduce his monochrome postcards in color gravure with opaque hand coloring. Even though these cards a photo based they look as if they are artist drawn and have a amateurish look about them. They would eventually be issued as Continental sized cards. Also made were real photo postcards some of which were hand colored with varying quality. Some of these cards were issued in packages sets as souvenirs. The cards published through Art Editions Yvon would become the most popular of all French views and they are still sold today.